JORGE MASVIDAL is in talks to rematch Nate Diaz in a January pay-per-view headliner.

Masvidal, 35, capped off a meteoric 2019 in November with a third round stoppage win against Diaz. 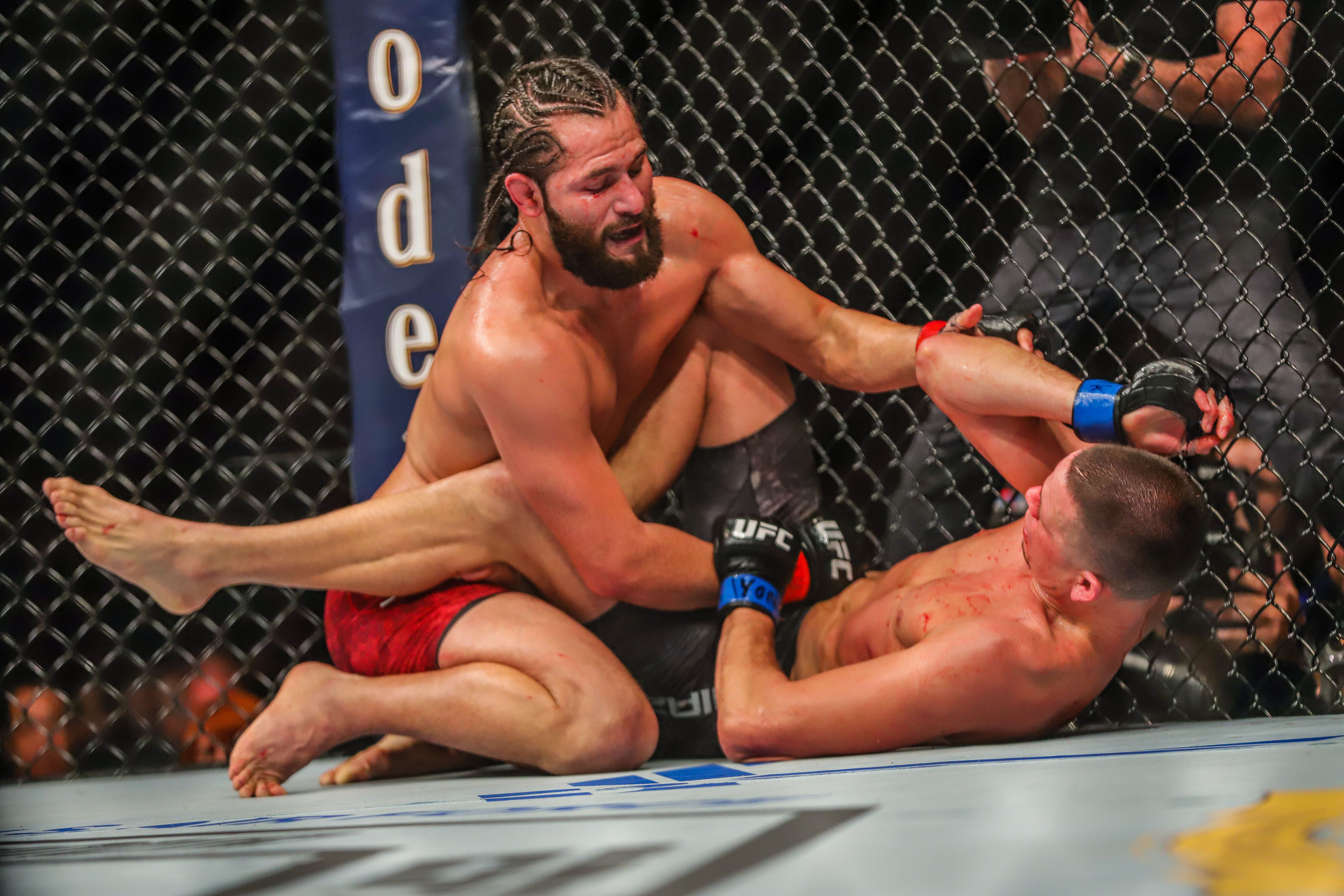 But the pair have unfinished business as the fight was only halted following a gruesome eye gash caused from a head kick.

Masvidal was then crowned the 'Baddest Mother F***er' in the UFC – a title created by Diaz, also 35.

And according to UFC boss Dana White, the £20,000 belt could again be up for grabs after they started negotiations for the box office rematch.

White told ESPN: "It's being worked on. "That fight is in the works."

He added in a media scrum: “(Masvidal) wants to defend it against Diaz.

“They were the first two to fight for it. You know what I mean?

"They were the guys that fought for it. He wants to put it up versus Nate again.”

Following Masvidal's win in New York, he earned himself a shot at welterweight champion Kamaru Usman, 33.

But the title fight initially set for international fight week in Las Vegas was then scrapped amid the coronavirus pandemic.

As the UFC located to Abu Dhabi for 'Fight Island', Masvidal failed to agree terms to fight Usman, clashing over his cut in the PPV bonuses.

Gilbert Burns, 33, was handed the championship bout only to be dramatically pulled from the event having tested positive for Covid-19.

Masvidal, with negotiation leverage, then agreed a deal to face Usman on just eight days' notice, but was beaten on the cards.

The American fan-favourite lobbied for an immediate rematch, but White confirmed Burns would be next to fight for the belt.

Usman defends his strap against the Brazilian in December, with Masvidal lined up to rematch Diaz a month later.

Having argued his case for another shot at the belt, No3 ranked challenger Leon Edwards mocked Masvidal for potentially fighting No12 rated Diaz.

Edwards, 29, tweeted: "Could have fought number 3, yet chose to fight number 12.

"Eventually this p**** will fight me, I’m all for money fights but watching two journey men go at it again when it wasn’t even competitive is a joke.

Edwards was involved in a backstage brawl with Masvidal in March 2019 after UFC London.

After trading words with the American, he was struck in the face in a now viral clip.

Edwards has maintained his interest in fighting Masvidal and revealed the UFC also backed the grudge match.

He tweeted: "The @ufc is up for it but Jorge has blatantly told them he will not fight me.

"Sucks but cant force a man to fight."