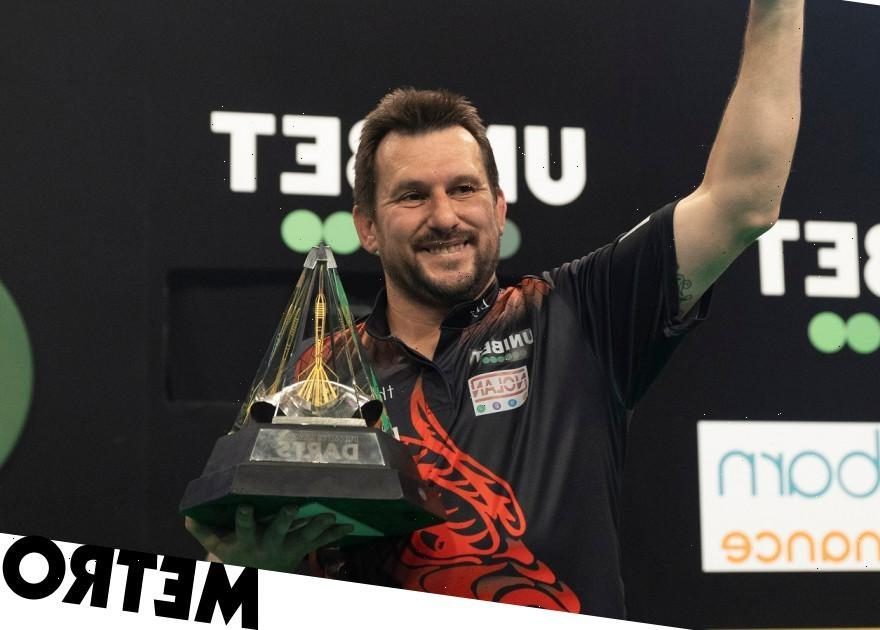 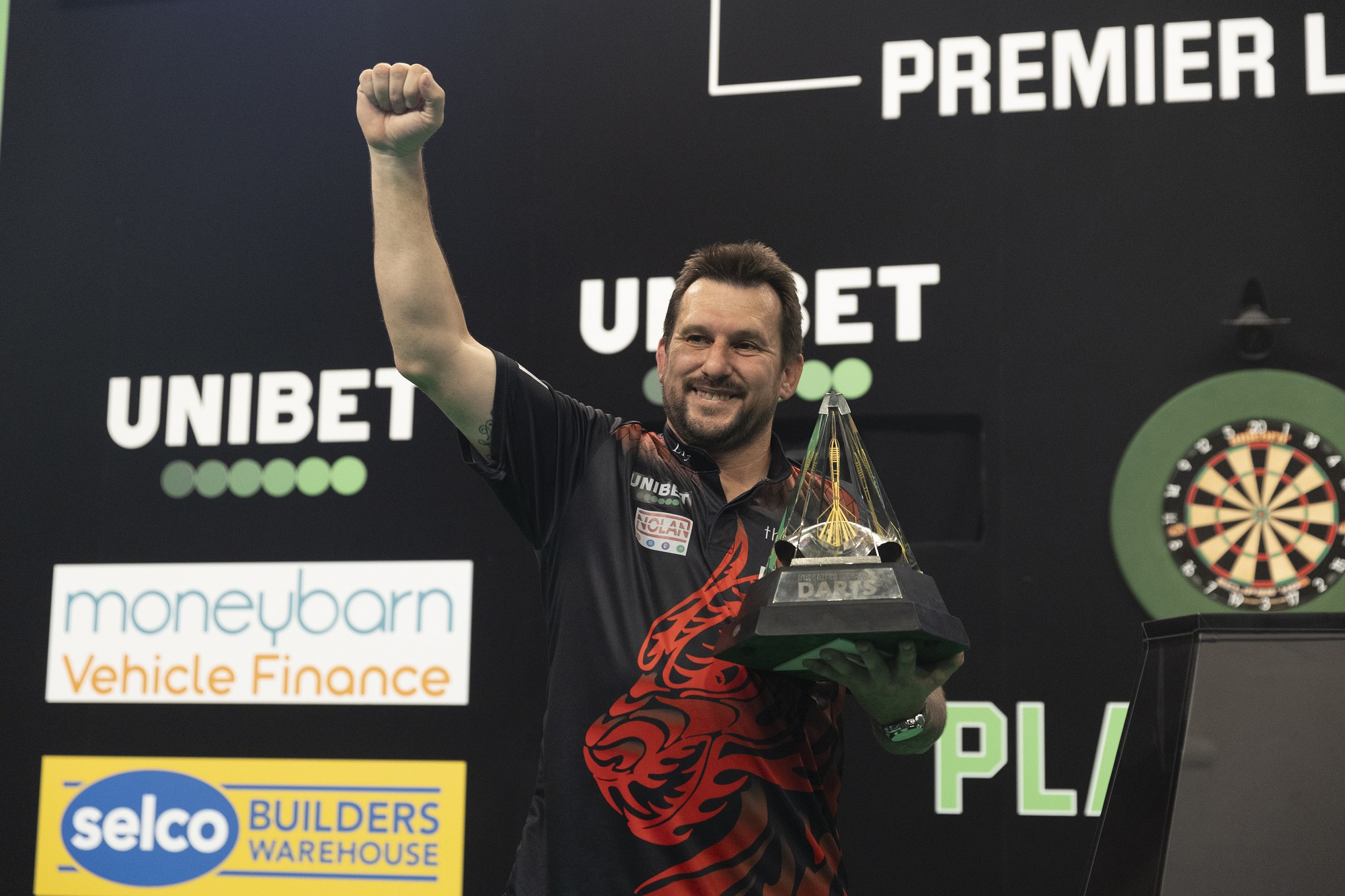 Premier League Darts champion Jonny Clayton is back to work as a plasterer on Tuesday despite his remarkable success on Friday night, although he may now finally ditch his day job with Carmarthenshire council.

The 46-year-old claimed the £250,000 top prize thanks to his superb wins over Michael van Gerwen in the semis and then Jose de Sousa in the final at the Marshall Arena in Milton Keynes.

It has been an incredible few months for the Ferret, winning the World Cup of Darts in November 2020 and the Masters in January, which saw him grab the final spot in the Premier League, which he has now won.

Those three tournament success have seen him claim nearly £350,000, but he is still going back to plastering in the coming days, but maybe not for much longer after that.

‘I have to go to work on Tuesday and then I’ll think about that,’ he said after beating De Sousa 11-5. ‘I don’t know, but I’ll be thinking hard.’

It has long been a question for Clayton, who has always been concerned about leaving the security of a full-time job, and also whether it could put too much pressure on his darts.

After winning the Masters earlier this year, Clayton told The Darts Show Podcast: ‘I genuinely don’t know. There’s nothing broke, so why should I try to fix it? I’ve always played darts as a hobby, and I’ve always worked. So it’s a big decision.

‘I don’t know. Yes, I’d have more time to practice. But will it make that difference? I quite enjoy working, so I genuinely don’t know how to answer that question.

‘It is quite hard. Obviously I’ve got to take my time off work and things like that. But it is what it’s going to be. I might finish work, I might not.’

On what he will do with the biggest prize of his career so far, by a long way, he wasn’t too sure, saying: ‘I haven’t had it yet so I don’t know. When I get it, I’ll let you know.

‘I’ll take everything as it comes and hopefully a few more titles, especially the Worlds. Let’s see.’

I wasnât dreaming then ðð- I did do it pic.twitter.com/wk0JgMlvm8

Clayton had to win the Masters in January just to be in the Premier League and he was only in that event because the field was extended from 16 to 24 players, so it has been an incredible time for him.

It has been a long and slow build for the Welshman, but he feels that an awful lot of hard work is finally paying off.

‘You don’t get gifted this, you have to work hard to get to a Premier League stage, so hopefully I’m back next year,’ he joked.

‘I’ve watched TV, Premier Leagues, PDC darts, to be a name in it is fantastic, but to win a massive title like this is a dream come true.

‘It’s the standard of play. Not everybody sees the floor tournaments, that’s where the hard work builds up.

‘That’s a massive part of darts, the averages on the floor are phenomenal. To carry it onto the stage, it all begins on that floor.’