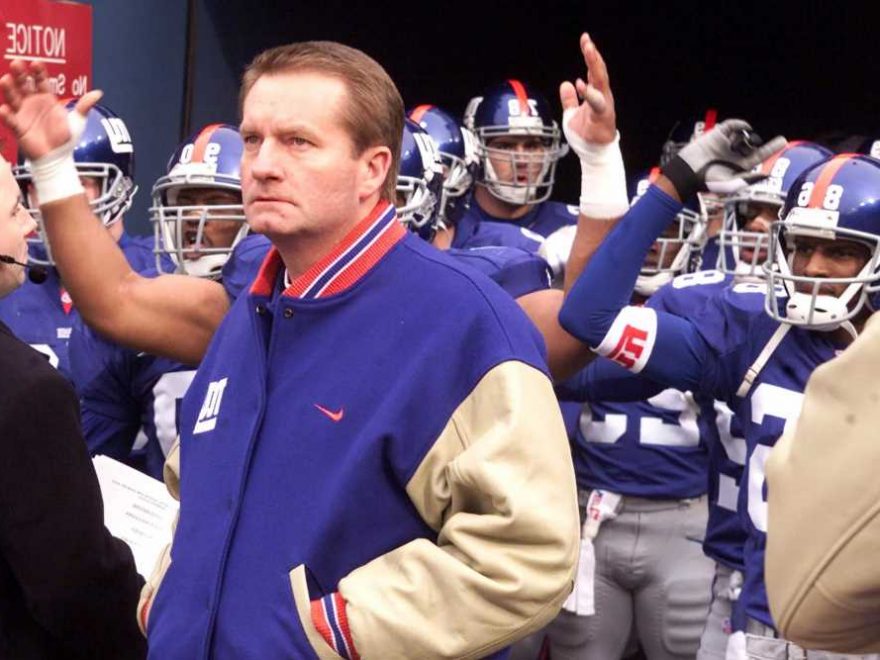 The wins and losses are what they are. The highs — man oh man, think back on January 14, 2001 — are right there, chronicled in the media guide. So are the lows. He won more than he lost, got to a Super Bowl with an upstart team and lasted seven years in a Big Blue fish bowl that challenges all Giants head coaches to keep their heads above water.

More than anything else Jim Fassel accomplished from the time he arrived in 1997 to his departure after the 2003 season, he succeeded magnificently in this: He got his players to play for him.

The upsetting news that Fassel died Monday night at the age of 71 was a cruel wakeup call to anyone who worked for, played for, wrote about or rooted for the Giants. Some called Fassel “Gentleman Jim’’ but he was tougher than that and he gave the Giants organization all he had for as long as he was allowed to do so.

Fassel suffered a heart attack and passed away under sedation at a local hospital near where he lived in Las Vegas. Fassel’s death was confirmed to the Los Angeles Times by his son, John, the Cowboys special teams coordinator.

For the record, Fassel was 58-53-1 with the Giants but that mundane ledger does not tell the tale of his tenure. He made an impression on general manager George Young during his two years (1991 and 1992) as the Giants offensive coordinator and quarterbacks coach, rising above the mess that was the regrettable Ray Handley regime. When it was clear Dan Reeves was not a good fit and the Giants were ready to move on after the 1996 season, Young hired Fassel, who helped resurrect Boomer Esiason out in the desert with the Cardinals.

Bespectacled and sort of bookish-looking, it was tempting to discount Fassel’s ability to inspire a room full of grizzled NFL types. He inherited a sickly quarterback situation — Dave Brown, Kent Graham and rookie Danny Kanell — and made it work.  Fassel went with Kanell down the stretch and a growing defense led by Michael Strahan steered the Giants to a 10-5-1 record and the NFC East title. Fassel was named NFL Coach of the Year in his first season, but his team blew a lead and lost to the Vikings in the first round of the playoffs.

On the day before Thanksgiving during the 2000 season, the Giants were 7-4 but had lost two straight games. Coming off seasons of 8-8 and 7-9, Fassel knew his job security hinged on getting his team — with strong-armed Kerry Collins now at quarterback — into the postseason. Fassel walked into a Wednesday press conference and, after planning this all out one night earlier, came up with a doozy of a playoff guarantee.

Fassel’s Giants won their last five regular-season games to finish 12-4. They beat the hated Eagles 20-10 in a playoff game at Giants Stadium — Jason Sehorn’s ballet-like interception was the highlight — and in the NFC Championship Game thrashed the high-powered Vikings 41-0, allowing franchise patriarch Wellington Mara a glowing moment in a raucous postgame stadium address.

That did not happen. Fassel’s Giants were overwhelmed by Ray Lewis and the Ravens’ superlative defense, losing 34-7 in Super Bowl XXXV in Tampa.

There would be one more memorable, unforgettable moment for Fassel. His offense was a dynamo in 2002 and soared to a 38-14 lead in San Francisco in what was developing into a playoff rout of the 49ers, but an epic collapse, low-lighted by a special teams fiasco (bad snap by Trey Junkin) produced a 39-38 loss. Fassel was on borrowed time after that and was fired after the Giants went 4-12 in 2003. He was replaced by Tom Coughlin.

Fassel with the Giants hired John Fox to run his defense and Sean Payton as a young assistant to work the offense, and both became excellent NFL head coaches.  During the 2001 season, Fassel rose to a difficult challenge after the entire New York City area was rocked by the terrorist attack that felled the World Trade Center, visiting Ground Zero and setting up a foundation to help the families of first responders.

Fassel never got another NFL head coaching job and grew frustrated that the Giants did not deem him worthy of inclusion in their Ring of Honor.  His time with the Giants came after legendary Bill Parcells and before the legendary Coughlin, but Fassel gave the franchise some stunning moments.