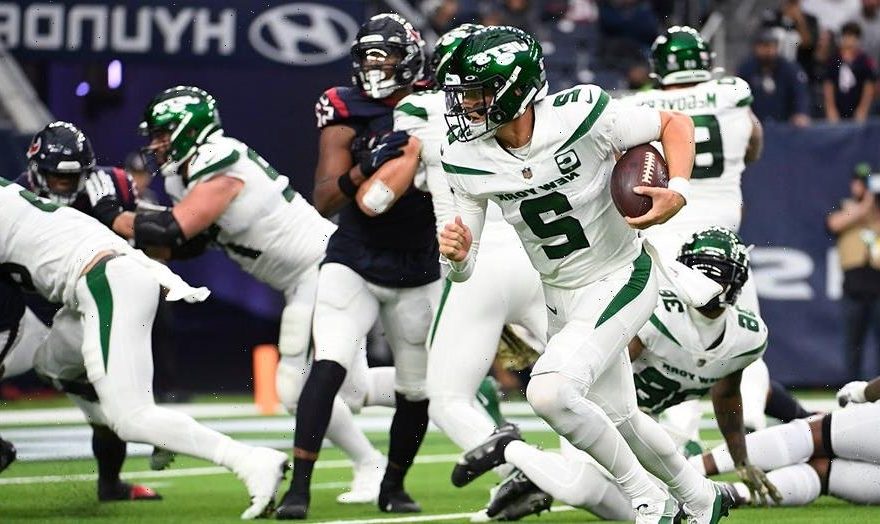 Rookie quarterback Zach Wilson led the New York Jets to a 21-14 road win over the Houston Texans on Sunday, but early in the first quarter, the BYU product may have thrown the worst interception of the NFL season.

Wilson, who made his return under center for the first time in five weeks, was facing a third-and-17 play on the team’s second drive of the afternoon. After escaping pressure, Wilson ran up near the line of scrimmage and tried to throw a shovel pass to Jets running back Ty Johnson. 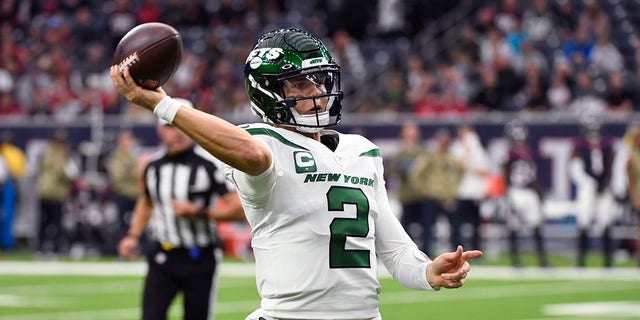 New York Jets quarterback Zach Wilson passes in the first half of a game against the Houston Texans in Houston, Sunday, Nov. 28, 2021.
(AP Photo/Justin Rex) 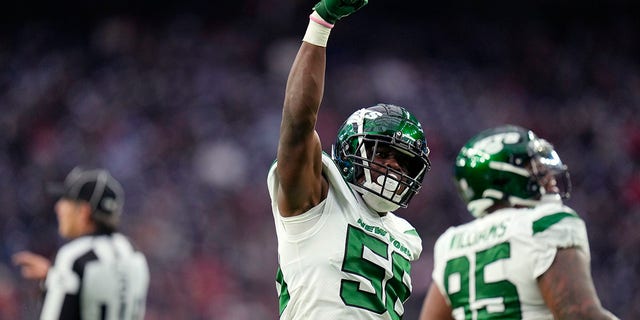 New York Jets outside linebacker Quincy Williams (56) celebrates a sack in the first half against the New York Jets in Houston, Sunday, Nov. 28, 2021.
(AP Photo/Eric Smith)

The Texans scored on their ensuing drive.

Despite the interception, Wilson led the Jets to victory, throwing for 145 yards and running for a touchdown in his return from a sprained right knee. The win ended New York’s three-game losing streak. 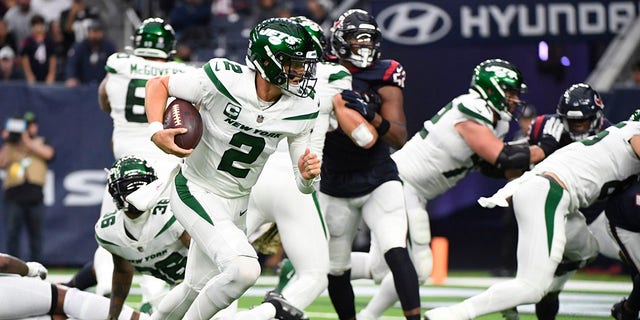 New York Jets quarterback Zach Wilson (2) carries for a touchdown in the second half against the Houston Texans in Houston, Sunday, Nov. 28, 2021.
(AP Photo/Justin Rex)

The Jets took an 18-14 lead with about eight minutes left in the third quarter. And with about three minutes to go in the game, New York converted two fourth-down attempts on a drive that ended with a 37-yard field goal by Matt Ammendola that made it 21-14.