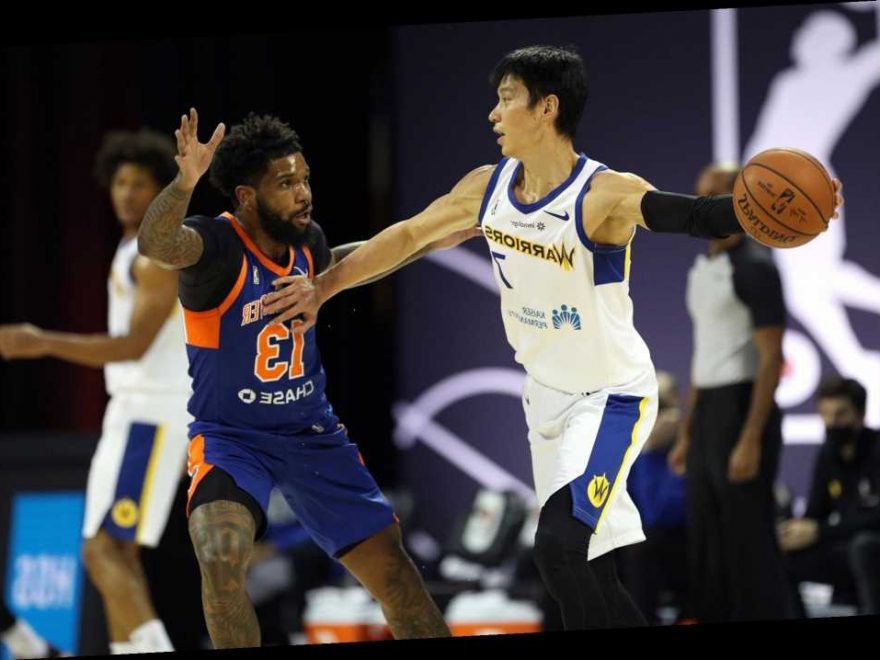 Jeremy Lin turned back the clock and drained seven 3-pointers Saturday night in his third game with the Santa Cruz Warriors since returning from playing in China to chase an NBA comeback. The former Knicks star finished with 29 points and nine assists in a 124-116 win over the Westchester Knicks.

The 32-year-old guard shot 7-for-9 from beyond the arc after making 3 of 8 in his first two games in the G League. Lin also had seven turnovers in 31 minutes.

Nine years after he caught fire with the Knicks and turned into a sensation, Lin is back playing for the Warriors’ G League affiliate. He had offers to stay in the Chinese Basketball Association, where he averaged 22.3 points (on 33.8 percent shooting from deep), 5.7 rebounds and 5.6 assists in 39 games during the 2019-20 season. But instead he opted for a chance at getting back to the NBA, where he last played in 2019 for the Raptors.

“I think it became really clear after free agency passed and I wasn’t able to get a contract, there was no way I was gonna get a contract basically unless I go and show it,” Lin recently told Stadium. “I played last year in the CBA [in China] and had a good year and have been healthy two straight seasons, but there are still so many questions about my body and my health from league executives. For me, I had to go and play in the G League.”