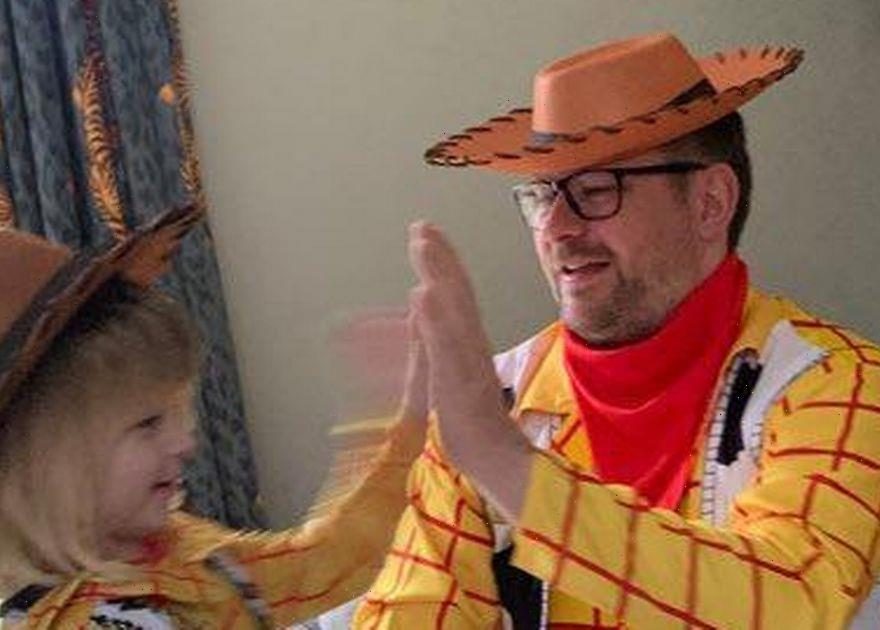 Woody believe it! My lad will be annoyed that I’m in the USA alone.

It shows the staggering popularity of darts that I am writing from New York as we are about to start the US Masters at the world-famous Madison Square Garden, the site of some of sport’s most famous events. As well as hosting the ‘fight of the century’ between Ali and Frazier, it also saw Michael Jordan score a staggering 55 points against the Knicks in their own backyard. No offence to MJ but I am hoping JW hits more than 55 on his own debut at the Garden!

I have played darts in America before, with previous tournaments in Las Vegas and Atlanta, but this event will be massive and is yet another sign of the globalisation of the game which can only be good for players, sponsors and fans.

One person who won’t be happy is my Toy Story dressing up buddy – AKA my three-year-old son Arthur. I have never holidayed in the US but it is on our to-do list to have a family trip to Disney Land in Florida. For the time being, he will have to make do with me as a second-rate Woody stand-in.

If my family is my first love then engines and ‘tinkering’ with them is certainly my second, and a childhood dream came true for me this week when I purchased a 1995 Urban Tiger motorbike. People may be aware of my mechanic background (hence the reg plate on the back of my shirt) and anyone who knows me knows I am in my element in a workshop.

I have been searching for one of these bikes (a low mileage, pristine one) for years and it has finally come along. Although I do ride motorbikes, this is a collector’s item and I won’t be out on the roads on it.

I have always got a mechanical ‘project’ on the go and love the idea of restoring cars, particularly things like the old Fords such as Escorts and Sierras – I could bore you for hours on that subject! I have recently moved house and am in the process of getting another workshop sorted. Once I am set up, there will be bits of engines and bodywork everywhere again.

Who will win the Premier League play-offs? Have your say in the comments section below.

Later this month, Frankfurt will host the World Cup of Darts, and I am delighted to be representing England alongside Michael Smith. I have played in the competition before, with Phil Taylor and Dave Chisnall, and it really does bring a different kind of pressure.

I absolutely love the idea of representing my country and absolutely hate the idea of letting someone else down, so I do find myself getting very nervous in this competition. We might be entering as the favourites based on world rankings, but I know from painful experience, when myself and Phil lost in the first round, that being favourites does not win you matches.

We will be giving it our all to try and win the trophy for England and I will be proud, as always, to wear the shirt.