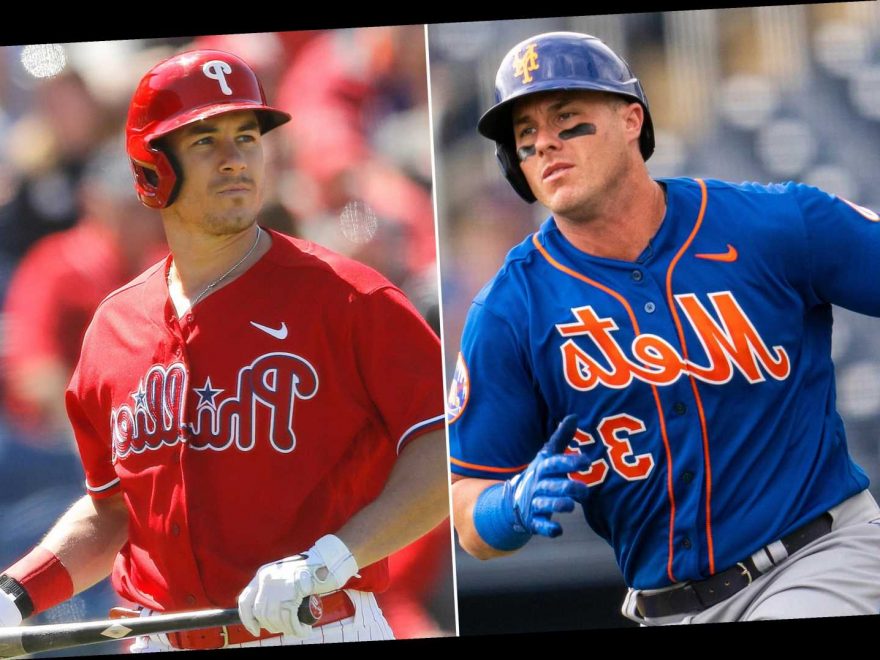 Knicks' Julius Randle shows how right player can change everything

Scary thought for East: Nets only going to get better

Knicks have a night to forget:
'You get what you deserve'

In so many ways, James McCann is the human logo for the Steve Cohen Mets. He is proof that Cohen’s checking account isn’t always going to rule the day, even if it could, evidence that the Mets’ new owner will defer to his baseball people. It will be a fascinating thing to track the next few years.

The day Cohen bought the Mets last fall, the assumption was the bank was open. That meant some combination of J.T. Realmuto, George Springer and Trevor Bauer. The Mets made a huge play for Bauer. They made cautious contact with Springer.

Right away, they made a decision — and, it says here, a wise one — to be aggressive in addressing their glaring hole behind the plate and made McCann their No. 1 catcher at four years and $40 million — one year and $75.5 million less than the Phillies wound up shelling out to retain Realmuto. That Realmuto has had the better career until now is indisputable.

As for the next four years? Those are in play. The Mets and Phillies play each other 19 times a year. McCann and Realmuto will see plenty of each other, and Mets fans will see plenty of both. And to listen to the early returns out of the Mets clubhouse, New York will be pleased with what they’re getting.

“He’s been phenomenal,” Mets manager Luis Rojas said via Zoom Tuesday, a few hours before the Mets beat Cardinals 5-3 at Port St. Lucie’s Clover Park. “In the offseason, after we acquired him he made a point of getting to know everyone before camp. He was tremendous there.

“But being present with him in the same place here has been even better, all positives, his defense, his offense, in the clubhouse. He’s just a great presence, always talking and thinking outside the box. He’s been a real leader for all our catchers, not just the veterans but all of the young kids, too.”

Said Taijuan Walker, who allowed two runs in two innings in his first action as a Met: “He’s a big target back there, he’s very smart, he really knows the game and that makes it easier to trust what he’s putting down for me. He’s really good behind the plate, knows what he’s doing, I know if I throw in the dirt he’ll block it which gives me more confidence to go out and pitch my game.”

Just by showing up he gives the Mets a profound defensive upgrade at the position, where for two years Wilson Ramos provided occasional offensive pop but was mostly a burden for pitchers who were never quite sure he took the word “catcher” as literally as it needs to be taken.

And McCann has quickly taken to his new environs.

“I’ve loved it, to be honest with you,” he said by phone from the Mets clubhouse. “From the outside you have a general sense of how good a club is but it isn’t until you share the same room that you realize how good. The talent here is off the charts but it’s the quality of the people that really strikes you.”

“I really feel like I fit in here,” he said.

He is a Californian by upbringing and an Arkansan by collegiate training, and while he hasn’t yet experienced New York he’s been pleased by the brief interactions he’s had with Mets fans on social media, even those who might’ve had Realmuto higher on their wish list back in November.

McCann isn’t going to be bothered by those inevitable comparisons, and he won’t be cowed by New York. He laughs at being handed the responsibility of catching a pitcher of the caliber of Jacob deGrom — “you don’t want to mess a guy like that up at all,” he said with a chuckle — but even that won’t overwhelm a catcher who spent three seasons catching Justin Verlander and spent last year with both Lucas Giolito (catching his brilliant 13-strikeout no-hitter Aug. 25) and Dallas Keuchel.

“Jake doesn’t act like the superstar he is,” McCann said. “It’s my job to help him any way I can, him and all the other pitchers.”

McCann’s bat has also trended up the past two years, his OPS .808 and his OPS+ 114. That, combined with the defense, will earn him a lot of friends very quickly in the Mets clubhouse. And the Citi Field stands.

“He has a lot of ideas for how to keep improving as a team,” Rojas said. “I’m so grateful to have him here.”

Soon enough, New York City will be, too.