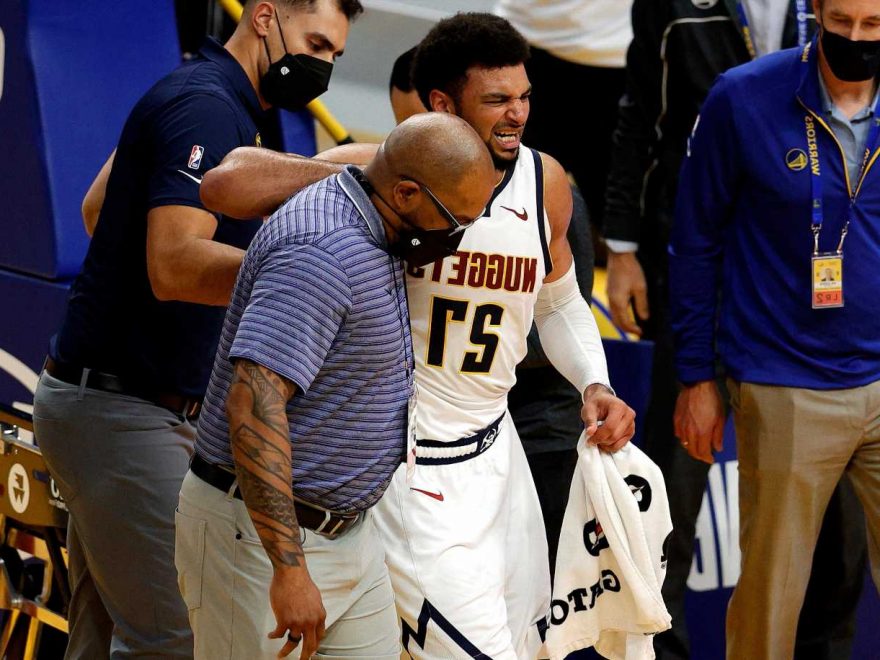 Knicks star still not over his Lakers divorce

Jamal Murray made the leap to superstardom during last year’s playoffs. He won’t have a chance to repeat that.

The Nuggets star suffered a torn ACL in his left knee, the team announced Tuesday, after getting injured during the Nuggets’ 116-107 loss to the Warriors on Monday night. Murray, who the Nuggets say will be out “indefinitely,” had to be helped off the court after refusing to get in a wheelchair in the final minute.

Murray had missed the previous four games with right knee soreness, though this injury was to the other knee. Murray pounded the court in frustration while he lay on the ground after coming down awkwardly on his leg after a drive to the basket.

The Nuggets are 34-20 and the fourth seed in the Western Conference. Denver had been playing its best basketball of the season after the trade deadline acquisition of star forward Aaron Gordon from the Magic.

But it was Murray, 24, who was the driving force — along with this season’s MVP favorite Nikola Jokic – behind the team’s run to the Western Conference Finals in the NBA bubble a season ago.

“Y’all know what he means to us, he’s ‘the dude’ – Nikola and Jamal,” forward Michael Porter Jr. said. “They brought this team to new heights. You talk about their closing all the time. We need Jamal … but we are more worried about his well-being right now, how he is individually than the team. The team right now is an afterthought.”