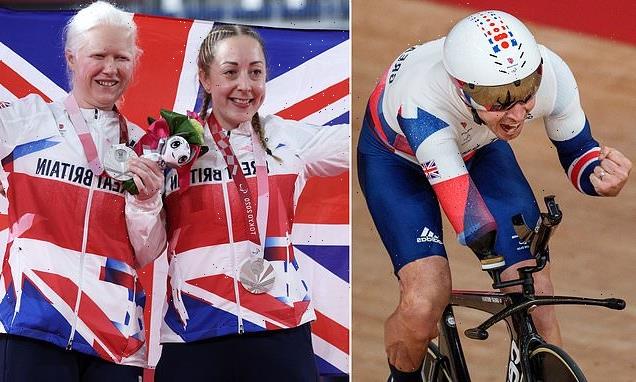 Graham and Van Gass both broke the world record in qualifying with the latter shaving nine seconds off the record set by Russian Alexey Obydennov in 2014 with a time of 3:17.593.

That meant Great Britain were guaranteed gold and silver and it was Van Gass who came out on top with a time of 3:20.987, beating Graham by little more than a second – considerably slower than the qualifying pace. 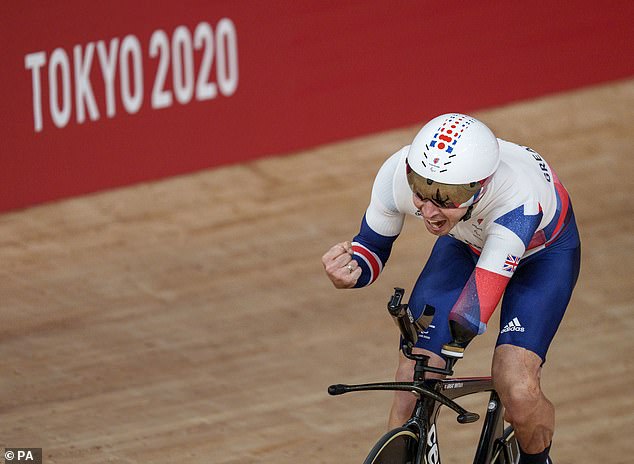 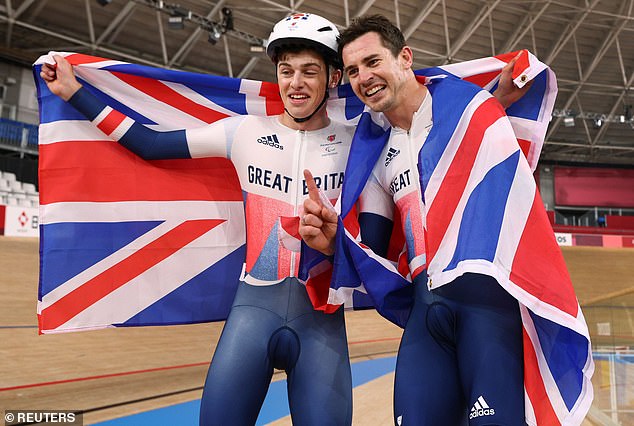 An Afghanistan veteran, the South-African born Van Gass suffered life-changing injuries when he was hit by a rocket-propelled grenade in 2009 while serving with the Parachute Regiment.

He lost his left arm at the elbow, as well as suffering a collapsed lung, shrapnel wounds, punctured internal organs, a broken tibia and a fractured knee, requiring 11 operations and intense rehabilitation.

Inspired by London 2012 as he adjusted to life outside the army, the 35-year-old has rebuilt his life as an elite athlete and completed a remarkable journey by getting the better of compatriot Fin Graham in the Izu Velodrome on Thursday.

Earlier in the day, Aileen McGlynn took silver in the women’s B 1000m time trial to claim ParalympicsGB’s first medal on day two of the Tokyo Games. 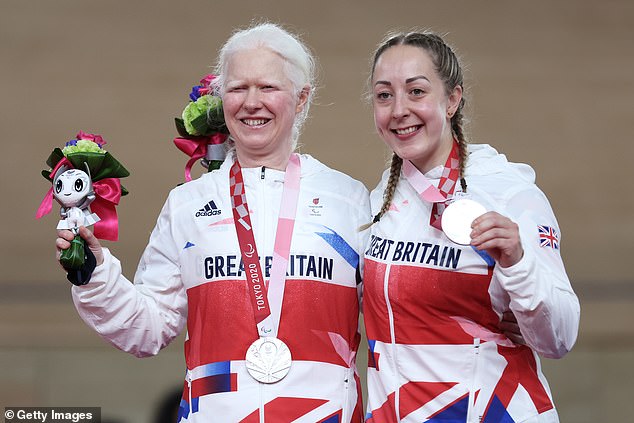 Earlier in the day, Aileen McGlynn (L) took silver in the women’s B 1000m time trial with her partner Helen Scott (R) to claim ParalympicsGB’s first medal on day two of the Tokyo Games 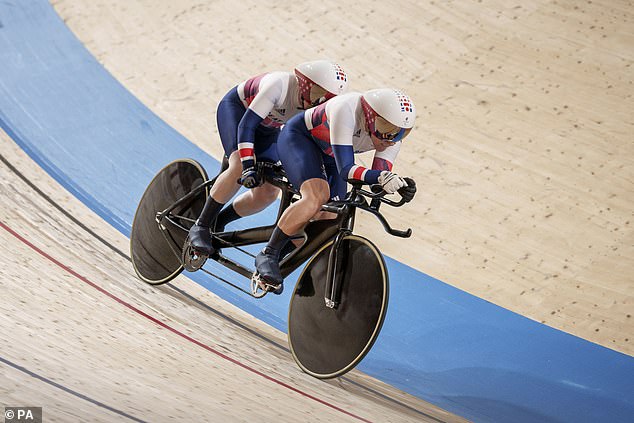 Visually impaired rider McGlynn made a personal best time of of 1:06.743 in the velodrome

Visually impaired rider McGlynn made a personal best time of 1:06.743 but was pipped to gold by the Netherlands’ Larissa Klaassen, with Belgium’s Griet Hoet taking bronze.

The three-time Paralympic champion only reunited with pilot Helen Scott 12 weeks ago, having previously won a silver and bronze alongside her at London 2012.

But Klaassen snatched gold from McGlynn in the last ride of the competition with a time of 1:05.291 as Fachie and Unwin took fourth and fifth place respectively.

Paisley-born McGlynn, who won one gold at Athens 2004 and two in Beijing four years later, had ceased training just 12 months ago before resuming following the retirement of Sophie Thornhill, which left Scott searching for a new partner.

‘To be here at another Paralympic Games, to set a lifetime personal best time, to come away with another silver medal is just phenomenal,’ said the 48-year-old.

‘I was riding my bike last year, I wasn’t training, I was just enjoying cycling. Not specific training.

‘I got back into it when Sophie retired. I was asked if I was still cycling. I was asked to come and try out at a testing day. So, I got my finger out got training again. 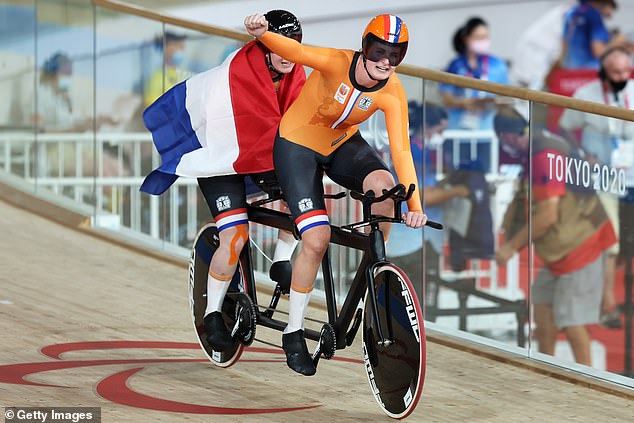 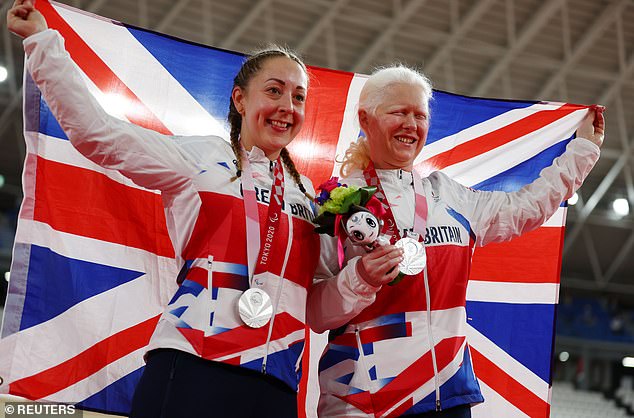 ‘There were doubts, yeah. I thought it would be tough call for anybody to get back and be ready in a year. But I thought if I don’t do it, I will always wonder. So, I gave it everything. Here I am.’

The pair’s achievement brought Britain’s fourth cycling medal of the Games following gold for Dame Sarah Storey and silvers for Crystal Lane-Wright and Steve Bate on day one.

For Scott, it was the fifth Paralympic medal of her career, including the two she won with McGlynn nine years ago, and a second successive gold in the event following Rio glory with Thornhill.

‘I mean it’s absolutely amazing. We feel like we have won gold today really,’ said the 31-year-old.

‘We have been back together after nine years for 12 weeks, so to be on the podium is incredible. We are really pleased with the time we did as well. It is beyond what we could have imagined.

‘We did everything that we could have done and got beat by the faster bike on the day. We literally cannot ask for any more than that.’