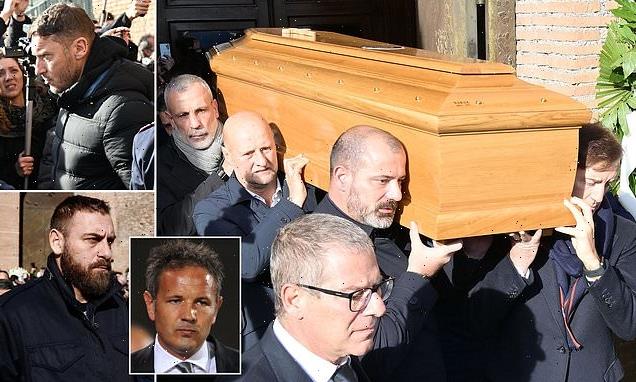 Italy coach Roberto Mancini and former Lazio players Attilio Lombardo and Dejan Stankovic were among those who carried Sinisa Mihajlovic’s coffin out into a crowd of fans following the Serb’s funeral on Monday.

There was also a delegation from Red Star Belgrade, the team that Mihajlovic helped win the European Cup in 1991, plus the Bologna team that he coached for three years in his final job.

Mihajlovic, the former standout player who became a popular coach in Italy, died on Friday after a long battle with leukaemia. He was 53. 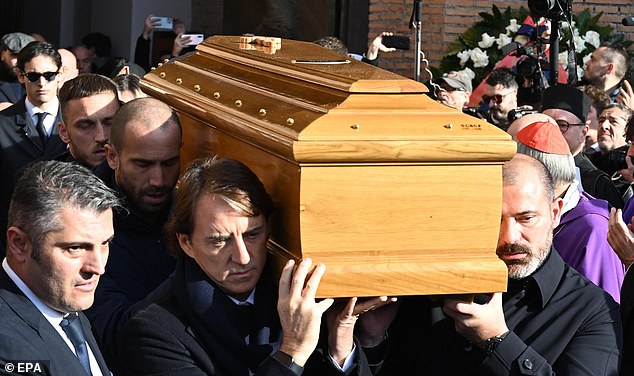 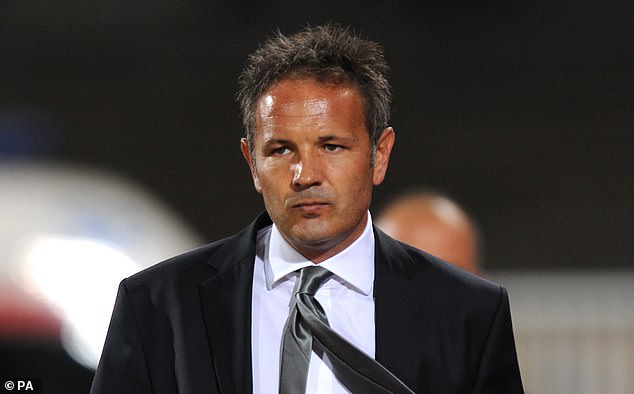 Lombardo and Stankovic were team-mates with Mihajlovic on the Lazio team that won the Serie A title in 2000. Lazio’s current team was also on hand, as was the team’s mascot, a live eagle named Olimpia.

Mancini was also part of that Lazio side, and took Mihajlovic with him to Inter Milan as his assistant in 2006.

Mancini paid an emotional tribute to Mihajlovic on Friday, telling TMW: ‘Goodbye Sinisa, my friend. You fought like a lion, you will always stay by my side.’

Despite his links with Lazio, Mihajlovic was well-respected throughout the city of Rome, and former Roma stars Francesco Totti and Daniele De Rossi also attended his funeral.

The funeral at a Rome basilica was conducted by Bologna Archbishop Matteo Maria Zuppi. 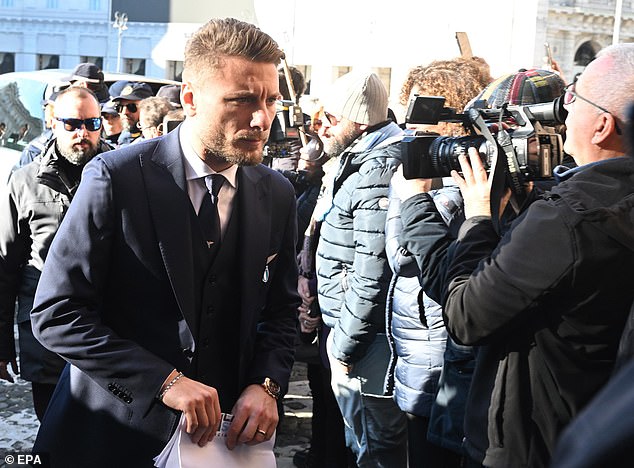 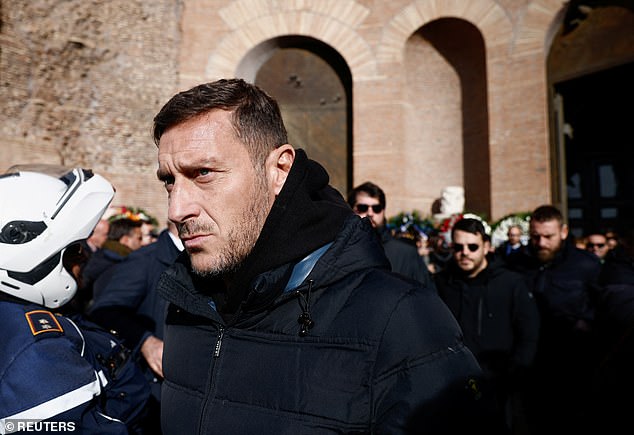 Mihajlovic was a sentimental favourite of fans and players alike for his desire to remain in the job at Bologna even after he was diagnosed with leukaemia in 2019.

Players sometimes gathered under Mihajlovic’s hospital window when the coach was receiving treatment.

The Serb was fired by Bologna in September with the team just above the relegation zone.

During a lengthy coaching career, Mihajlovic managed a number of top clubs in Serie A including AC Milan, Fiorentina and Sampdoria, while he also took charge of the Serbian national team in 2012 for a year.

Meanwhile, in his playing days Mihajlovic was known as a free-kick specialist who played with ferocious intensity.

Mihajlovic still holds the Serie A record for most goals from free-kicks with 28 – two more than Andrea Pirlo.