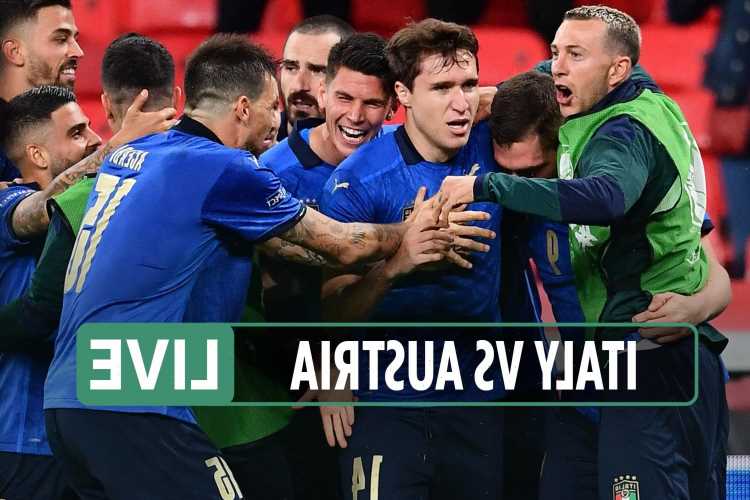 ITALY made into the quarter-finals of Euro 2020 by the barest of margins with a 2-1 win over Austria at Wembley.

The game went to extra-time after a goalless 90 mins but Chiesa and Pessina notched before Kalazdjic pulled one back before the end of the game.

Stay up to date with all the action from Wembley in our blog, below…