Swifts star Sophie Craig has been forced to take leave without pay from her job for up to 14 weeks as players throughout the game make significant sacrifices to keep the Super Netball season alive.

And she has warned that many players will struggle financially as a result of the move to Queensland. 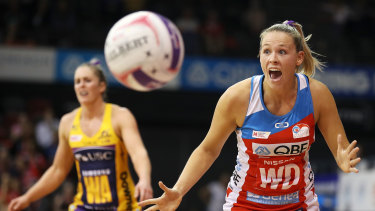 Sophie Craig in action against the Lightning last season.Credit:Getty

A lot of players also study part or full-time, with many having to defer university for a semester due to the move.

It's a burden Craig said she could do without, having just bought a new house with her husband, Shaun. 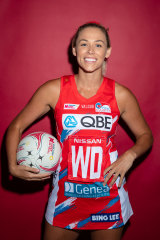 "It's pretty stressful," she said. "Not only do we have to leave friends and family for 10 weeks potentially … that comes with the 70 per cent pay cut and no work for some of us."

Along with finances, Craig said it was heartbreaking having to leave behind her husband and eight-week-old puppy. The newlyweds tied the knot at the end of January before moving into their new house in May.

"Packing up and leaving with the intention of not seeing my husband for two months is pretty scary and pretty sad at the same time," she said. "I think he was more devastated he can't come to a game – he's a full-time HAB, husband and boyfriend – and he loves the idea of coming to my games and supporting me. It was an emotional goodbye."

As a result of the rush to Queensland, Craig also only had 20 minutes to say goodbye to her parents.

"It's a pretty big sacrifice not being able to see my parents," she said. "I have a very close family. But we understand it's a big sacrifice. It sucks and it's hard and it will be hard."

The Swifts play the Giants in Brisbane at Nissan Arena on Sunday for round one before moving to a base at the Sunshine Coast, with players and staff staying in apartments in Mooloolaba.

On Saturday, Swifts defender Maddy Tuner was ruled out of the opening round due to an ankle injury. She is expected to miss at least four games of the season as a result.