HANGING on the kitchen wall inside Mesut Ozil’s multi-million pound North London house is a framed  letter from his beloved mum.

Mrs Gulizar Ozil hung it there herself shortly after he signed for Arsenal from Real Madrid for £42.5million six years ago. 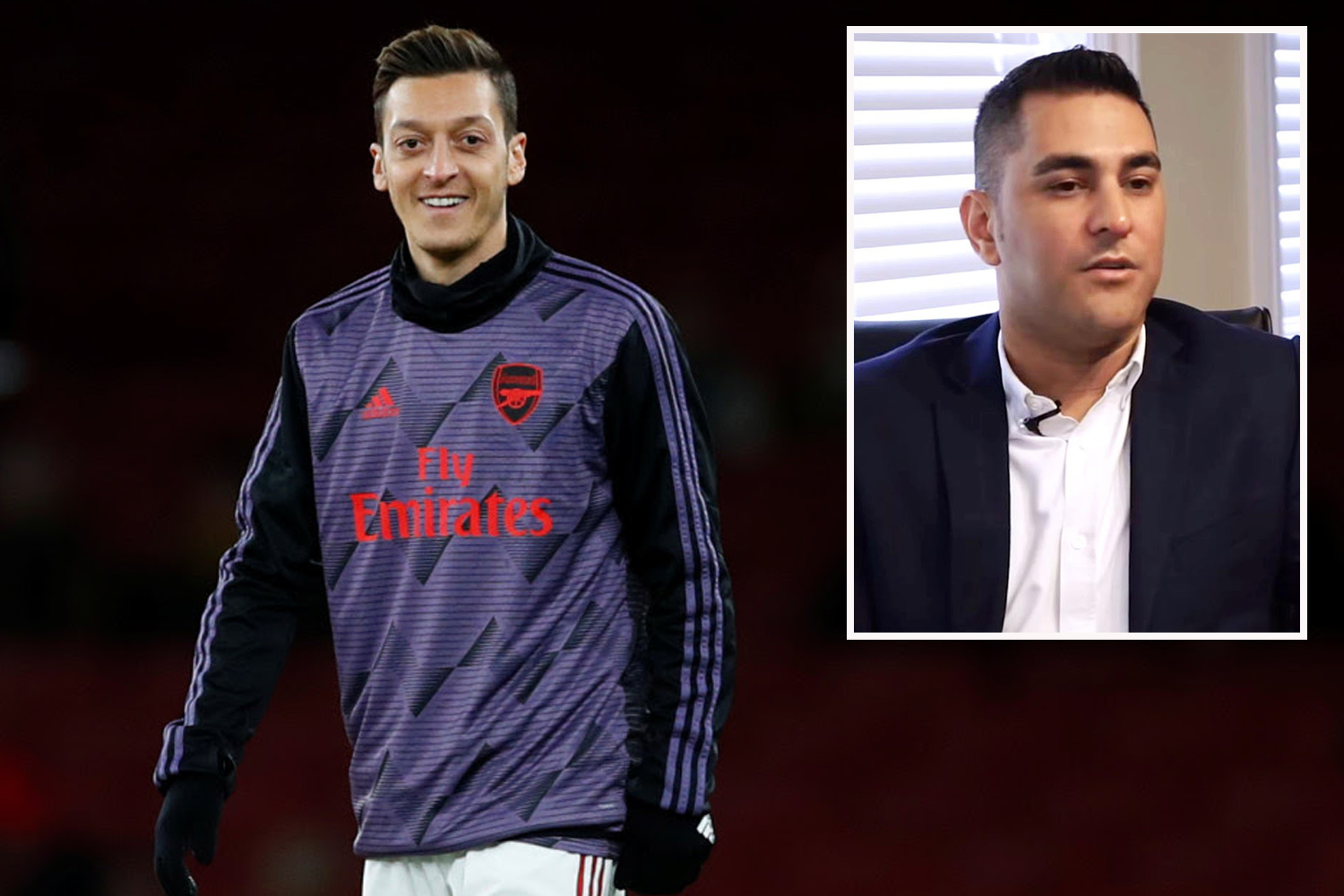 It reads: “Mesut, don’t forget, in life you are a guest in this world, like all of us.

“God gifted you with a certain talent but he didn’t give you this just to take care of yourself.

Erkut Sogut, lifts the lid on the secret life of one of the world’s richest  footballers.

On his wedding day to  former Miss Turkey, Amine Gulse, last summer, Ozil promised to finance 1,000 operations for needy kids across the globe. 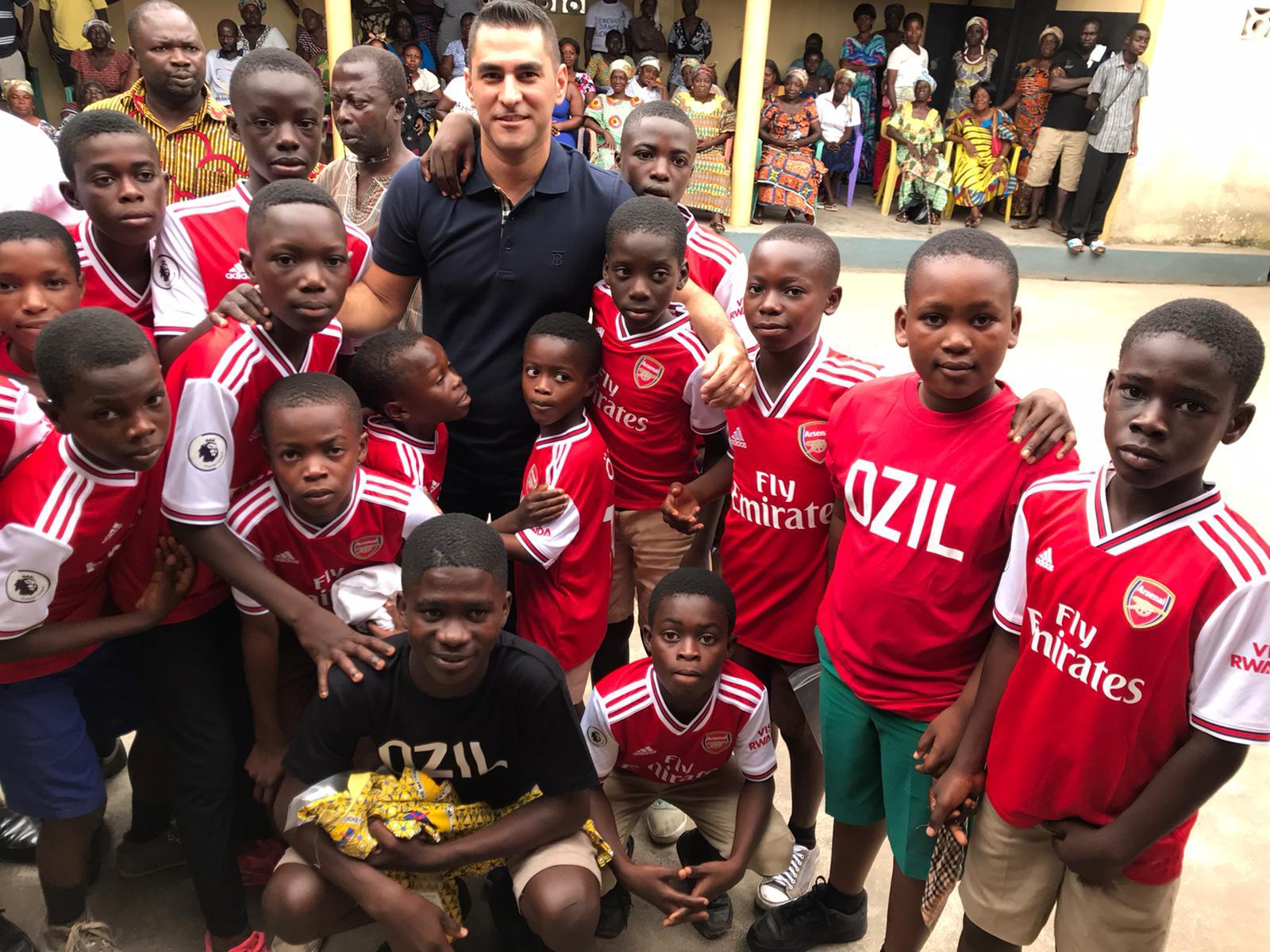 Africa and in Russia.

“I said ‘This will cost you millions’. But he replied ‘If I don’t share my money now, when will I? And with whom?’

“Mesut came from a very poor background, with his mum doing two cleaning jobs a day. He knows what it means not  to have anything.

Ozil admitted: “As a footballer I am fortunate and in a privileged position. Amine and I will bear the expenses for surgeries of 1,000 children in need.”

His wedding day gift also included feeding an astonishing 100,000 homeless people at 16 refugee camps and shelters in Turkey and Syria. 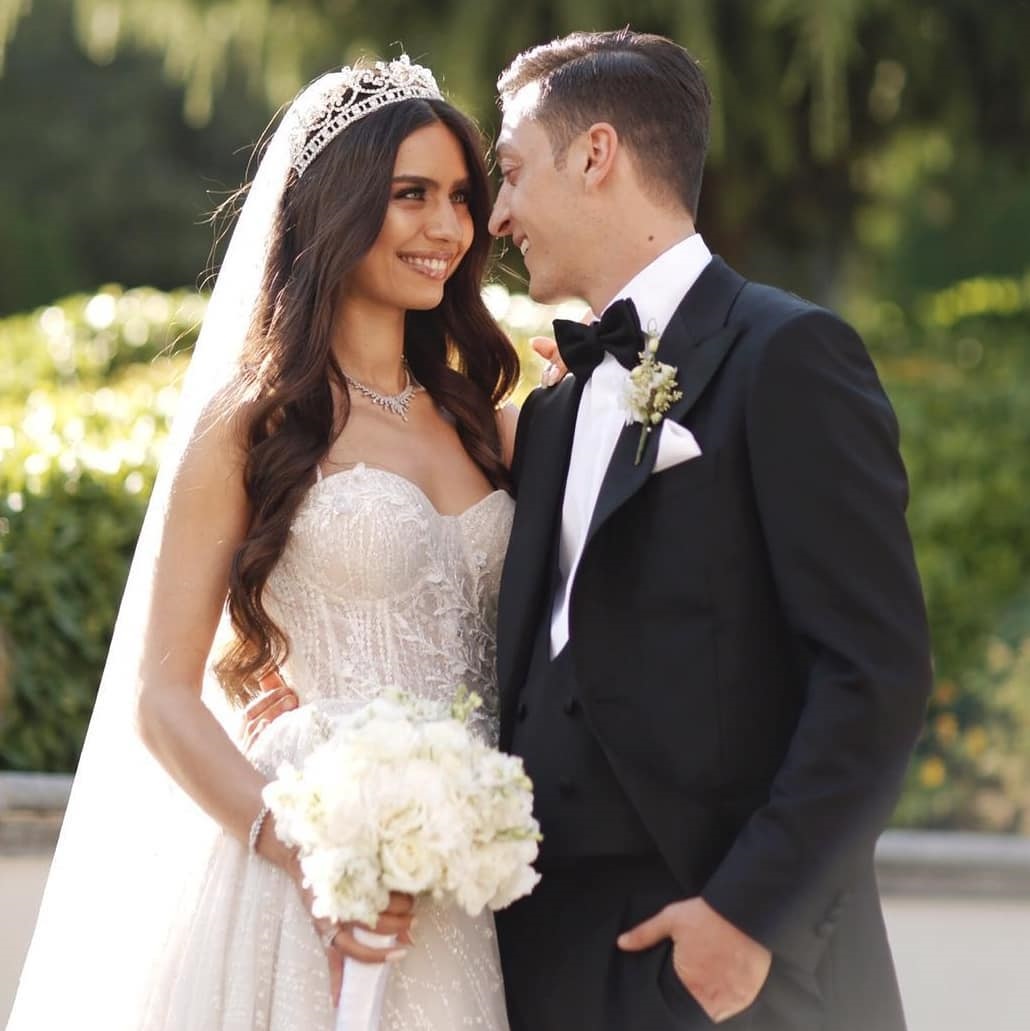 Ozil, 31, paid for the meals, Sogut organised the massive take-away operation and the Red Cross delivered the grub to the sites.

“It cost Mesut a huge amount of money that day. But it was something he was very passionate about.”

Ozil had previously donated his 2014 World Cup winnings — about £240,000 — to fund  surgery for 23 sick Brazilian children in  conjunction with the BigShoe charity.

Sogut has a prized video of some of the hungry in the Turkish capital, Ankara, sending Ozil heartfelt thank-you messages. He then revealed the contents of Mrs Ozil’s letter which has inspired his charity missions. 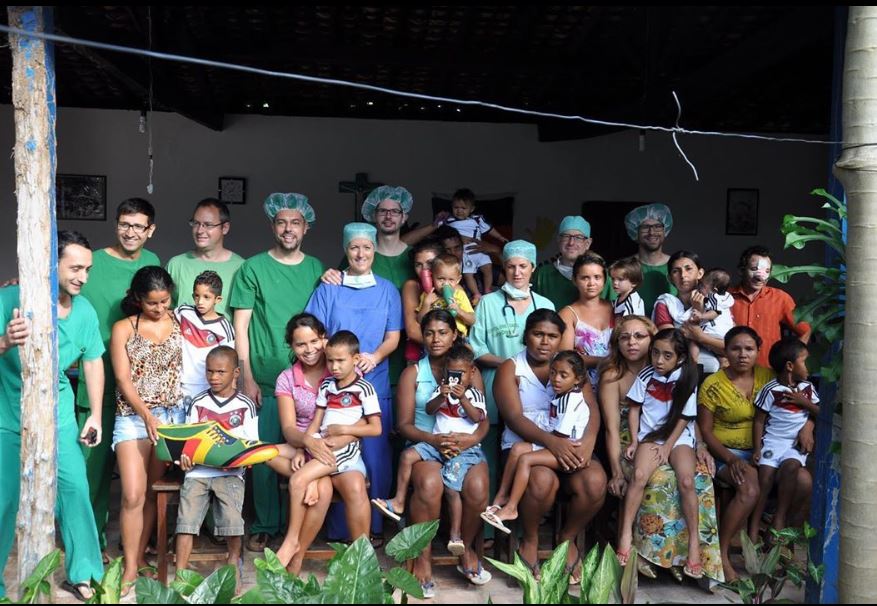 Last month the agent flew to Ozil’s parents’ Turkish birthplace, Devrek, where the Arsenal No 10 is building a five-storey football academy for the town.

Ozil is also working with children’s charity Rays of Sunshine and a Barnet hospice, while five of the 15 seats in his Emirates  box are always reserved for charity.

Sogut said: “Mesut loves helping children. He became great friends with a kid who had terminal cancer. Tragically, Charlie died seven months ago  and the boy’s death really affected him.”

As did the horrific attempted carjacking near his home in July.

Ozil, Amine and  team-mate Sead Kolasinac were attacked by two villains on mopeds.

Videos of Kolasinac fighting off one of the knife-wielding thugs went viral and Ozil admitted: “Sead was really brave.

“I  was scared for my wife. We were worried these guys had been targeting us.” 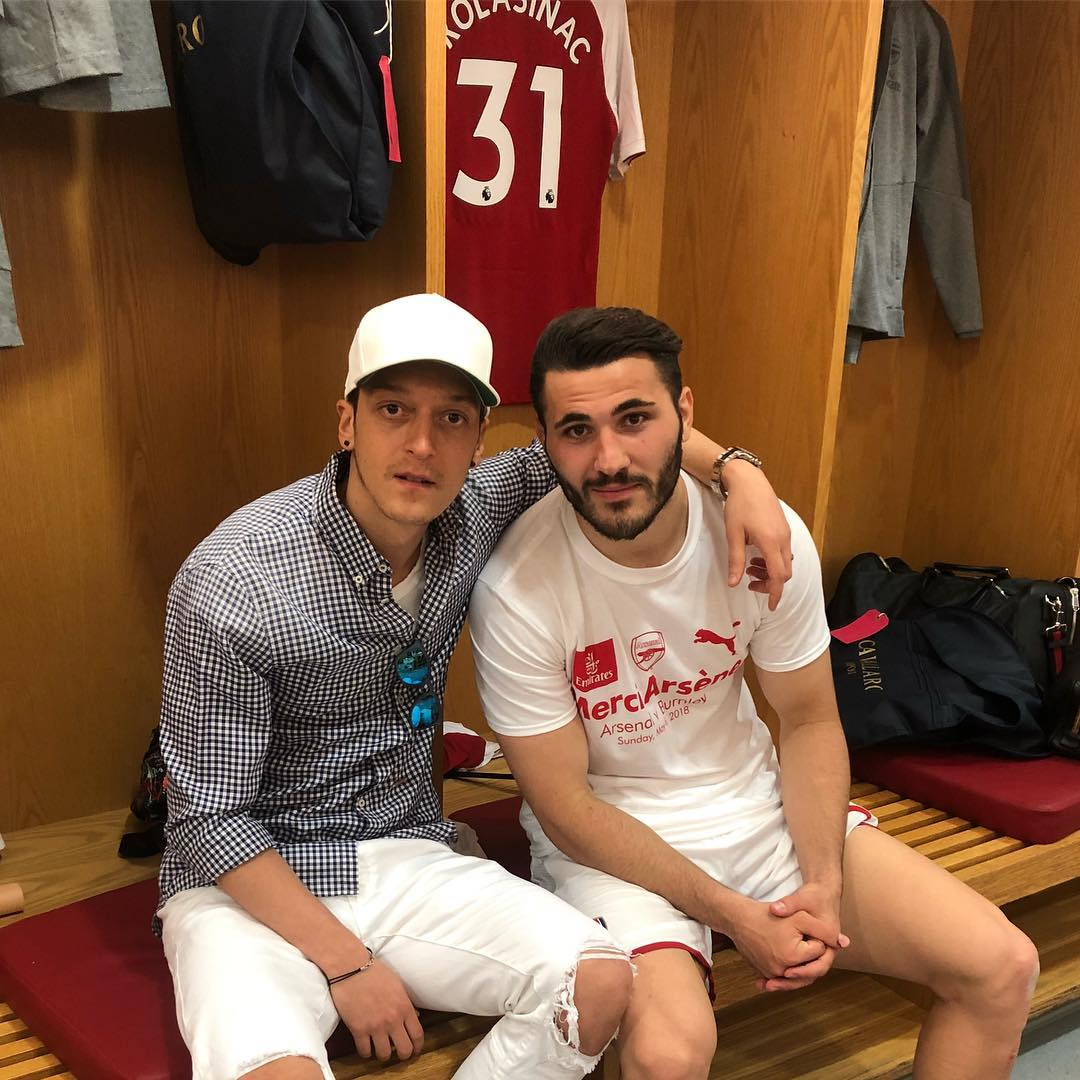 Almost a year to the day earlier, Ozil had quit playing for Germany, citing the “racism and disrespect” he had suffered in his homeland over his Turkish roots.

Despite being born in the German town of Gelsenkirchen and winning 92 caps for his country, he was castigated after being  photographed with Turkish president Recep Tayyip Erdogan in London last May.

Ozil received hate mail and was blamed for Germany’s poor World Cup in Russia when they crashed out in the group stage.

He said: “I am German when we win but an immigrant when we lose. I no longer want to wear the German shirt.” 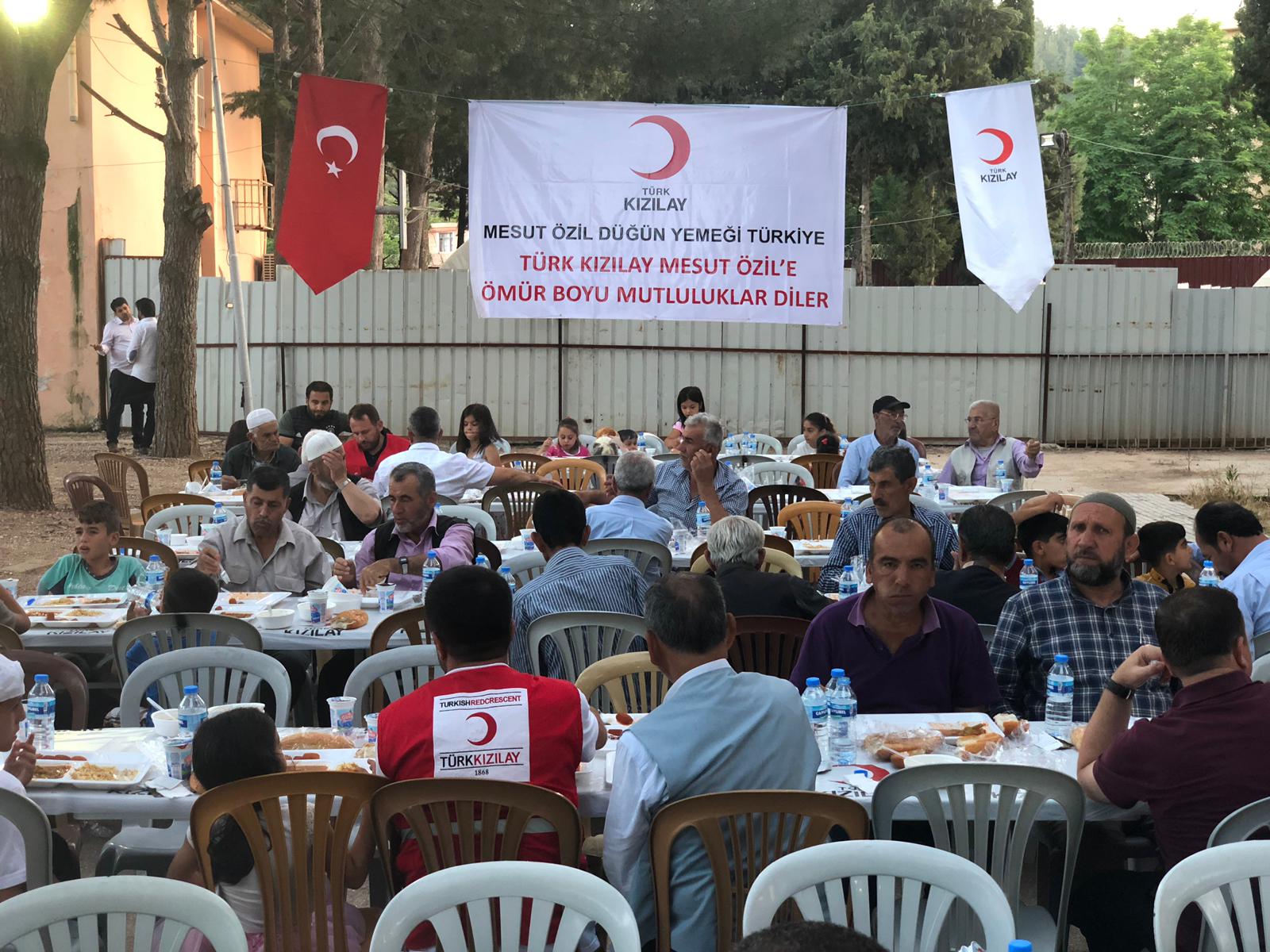 Many German politicians questioned Ozil’s loyalty to their country. But the Gunner insisted he would have been “disrespecting his ancestors’ roots” had he not posed for pictures, adding: “Is it because it is Turkey? Is it because I’m a Muslim?”

Sogut revealed the final straw came when the director of Ozil’s old school in Gelsenkirchen told him he was “no longer welcome at a planned event, despite paying for immigrant children’s education there for ten years”.

The agent added: “It was the main reason Mesut stopped playing for  Germany.

“He told me, ‘If I am not even welcome at my own school how can I wear the national jersey?’ Whenever anyone asks him for help, he just gives.

“He has given jobs to seven of his childhood friends from Gelsenkirchen. They now work for him in Dusseldorf.

know of another player who does it on this scale.

“But he  doesn’t want to brag about it. Most Arsenal fans don’t care about these things anyway,  just whether he is playing or not.”

And Sogut, who has  built Ozil a UK property portfolio to generate £100,000-a-month rental income when he retires, said: “Arsenal DNA is in Mesut’s blood. He loves the club. 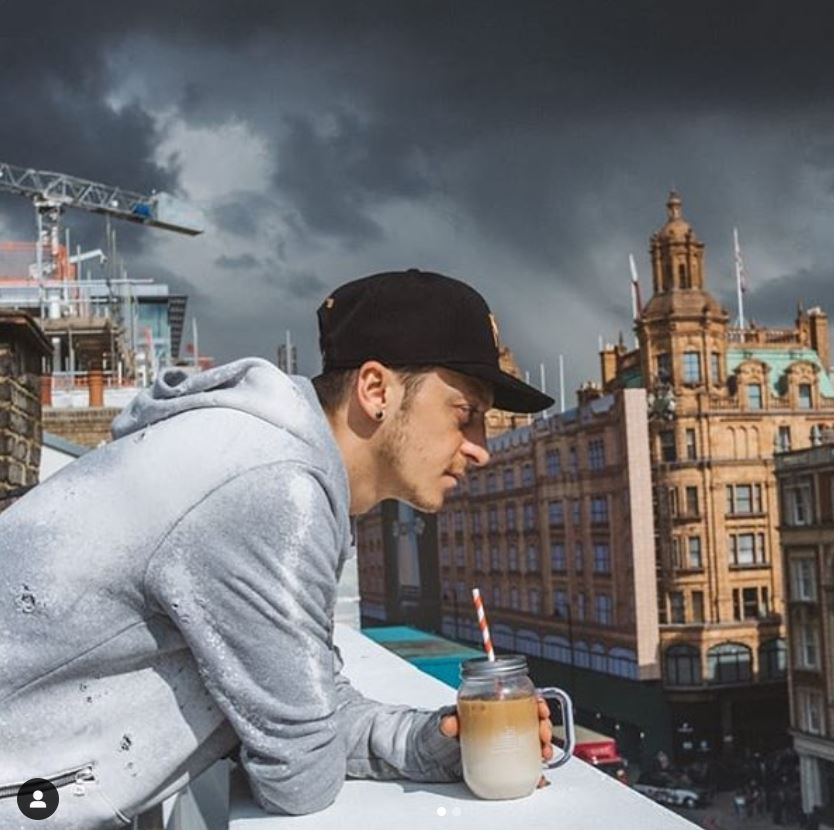 “He has had offers from other Premier League clubs but he was  clear, ‘If I am not staying at Arsenal then I will leave England’.

“He has never wanted to join another club here.”

negotiated both the German’s original Arsenal contract and his huge new £18.2m-a-year deal which ties him to the club until 2021.

On both occasions he spoke directly with previous boss Arsene Wenger.

Sogur recalled: “He was a fantastic guy. I have never met a coach like him.

“I have not seen his patience, kindness and calmness in many people. We always spoke in German and it was clear Arsene was very keen to get Mesut to Arsenal. I also dealt with Arsene on the new contract.

“Mesut had a lot of other opportunities at the time because he would have been a free agent and could have commanded a £40m signing-on fee elsewhere. But he never wanted to leave.

“Was this deal my best moment as an agent? No, it was when I helped a 17-year-old kid sign his first professional contract. That made me happier.”

But, he concedes, not as rich.

Now, Sogut owns two thriving 39 Steps coffee shops in Soho and Knightsbridge, lives in London and has an English wife and young son.

He also hosts regular seminars and has written a book  on how to become a football agent.

Ozil owns two e-sports teams and Sogut added: “His teams have the best players from Europe, Brazil and India and it’s like running your own football club.”

So could he become Arsenal  manager one day? “Who knows?” replied Sogut. “Maybe Chairman Ozil.”