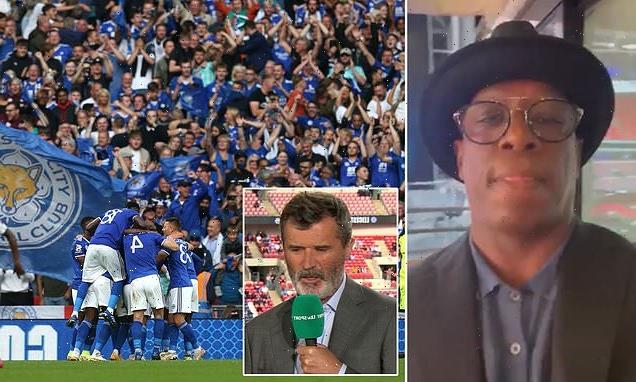 ‘You let yourselves down big time’: Ian Wright slams ‘disgraceful’ Leicester fans aiming abuse at him and fellow ITV pundit Roy Keane during their Community Shield win over Man City at Wembley – as Foxes ask Arsenal legend for help in identifying culprits

Ian Wright has revealed a small section of ‘disgraceful’ Leicester fans hurled abuse at both him and Roy Keane during their side’s Community Shield triumph, after posting a video hitting out at those supporters.

The Foxes followed up their FA Cup victory over Chelsea at the end of last season with a 1-0 win in the curtain-raiser against Premier League champions Manchester City – with Kelechi Iheanacho scoring the decisive goal from the penalty spot late on.

But after the game and at the end of ITV’s coverage on Saturday at Wembley, Wright was visibly furious by something in the crowd and branded some Leicester fans ‘complete mugs’ while still live on air. 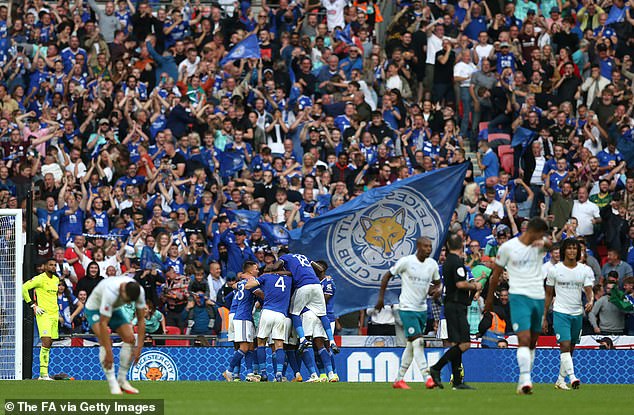 And immediately after his punditry work was completed, the Arsenal legend then posted a video onto Twitter to explain why he was left angered and made it clear that his words were only directed at a minority of Leicester fans.

Wright said: ‘Let me just clear that up, because Leicester fans know how much respect I’ve got for them, their owners and constantly bigging up Leicester and what they do.

‘But I got to say where we were today, doing our punditry from the gantry where we were, some of the Leicester fans what they were doing… calling Roy “Irish C”, mouthing the words to me, they know what words they were mouthing to me.

‘You let yourselves down bro, big time. Really disappointed on the day, what was a fantastic day for Leicester City fans.

‘Them fans, in front of those kids, throwing the stuff down, what they were doing, mouthing and shouting what they were shouting, disgraceful behaviour man.

‘Leicester, you shouldn’t be acting like that. Certain fans, you don’t represent Leicester.’

After his social media post, Leicester straight away replied to Wright asking him for any help in identifying those involved. 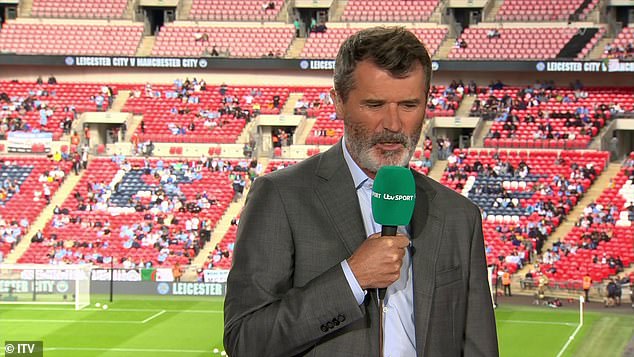 Leicester tweeted: ‘Thank you for not letting this pass, @IanWright0. We’d welcome your help in identifying those involved so they can be held to account. We wholeheartedly condemn all forms of discrimination.’

Wright and Keane were joined in the ITV gantry at Wembley by former Leicester striker Emile Heskey and host Mark Pougatch.

They saw Leicester reign supreme in the Community Shield right at the death in what was a very tight affair.

After failing to clear his lines as City looked to play out from the back, Nathan Ake clumsily brought down Iheanacho in the penalty area.

And the Leicester striker emphatically capitalised on Ake’s error, striking home into the top corner in the 89th minute – leaving City goalkeeper Zack Steffen with absolutely no chance. 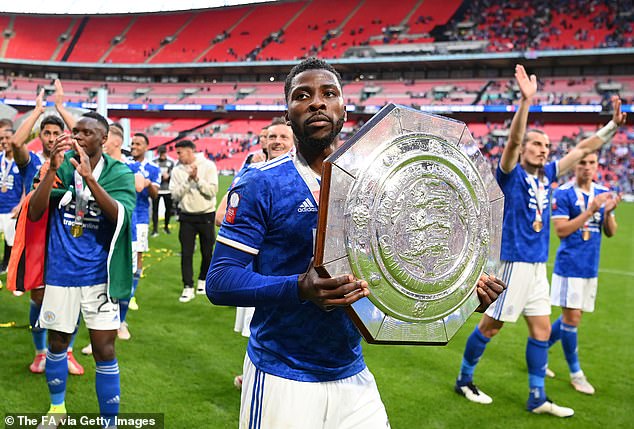