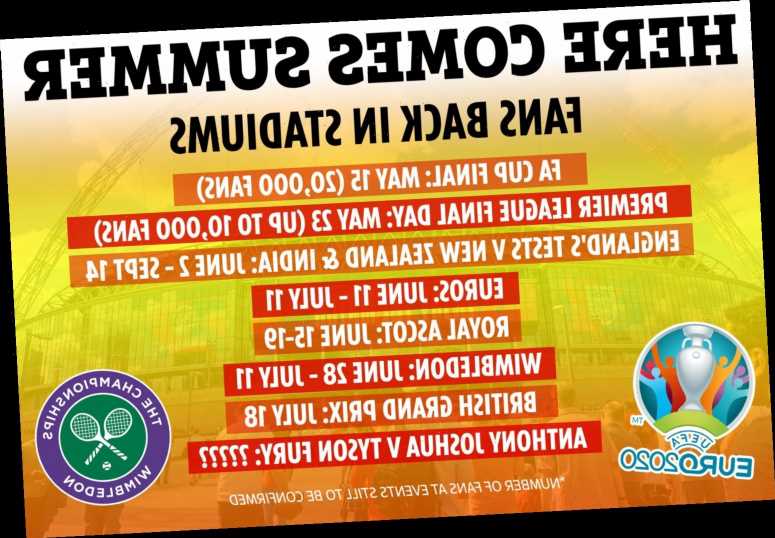 BRITAIN'S iconic sporting venues are set to throw the turnstiles open again this summer and let fans back in.

Spectators will be allowed back into stadiums from May 17 if the UK lockdown lifting roadmap remains on track. 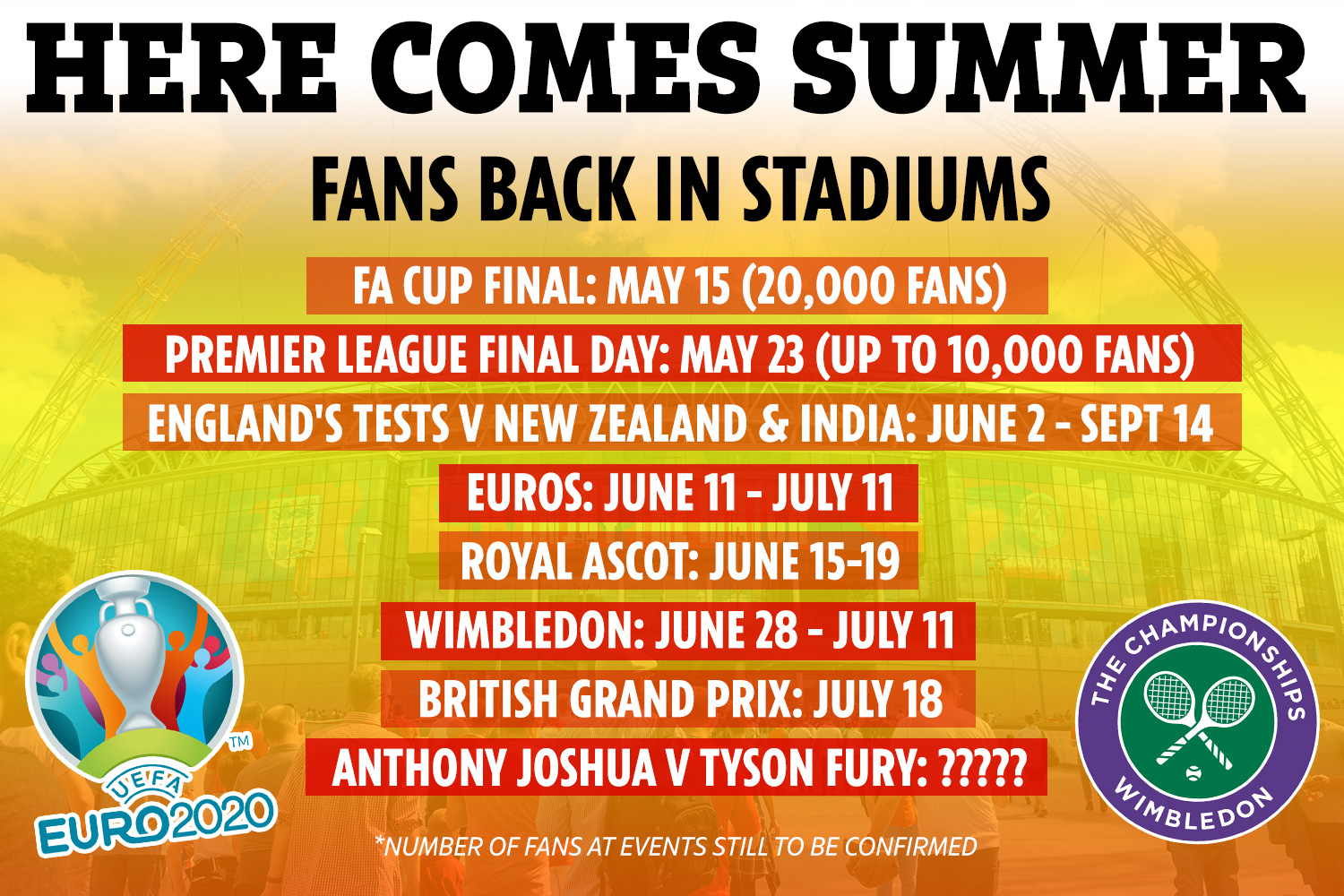 And it's a huge summer of sport as well with the delayed Euros and a potential Anthony Joshua vs Tyson Fury showdown adding to regulars like Wimbledon and the British Grand Prix.

Football fans will be allowed back in for the final day of the Premier League season on May 23.

And there are plans for up to 20,000 supporters to attend the FA Cup final at Wembley on May 15 as a pilot event.

Sports minister Nigel Huddleston told LBC: "We’re finalising the details but the figure of 20,000 for the FA Cup final is one I recognise and that seems to be the ambition.

"We're planning to open up sports stadiums on May 17 and we're hoping to get a few pilot events in before that as well and make sure we've learned about the systems in place.

"From May 17 the ambition is to have capacity up to 10,000, so the pilot would be pushing it a little bit beyond that."

And Mr Huddleston was hopeful of getting stadiums back to full capacity later in the summer with all lockdown restrictions due to end on June 21. 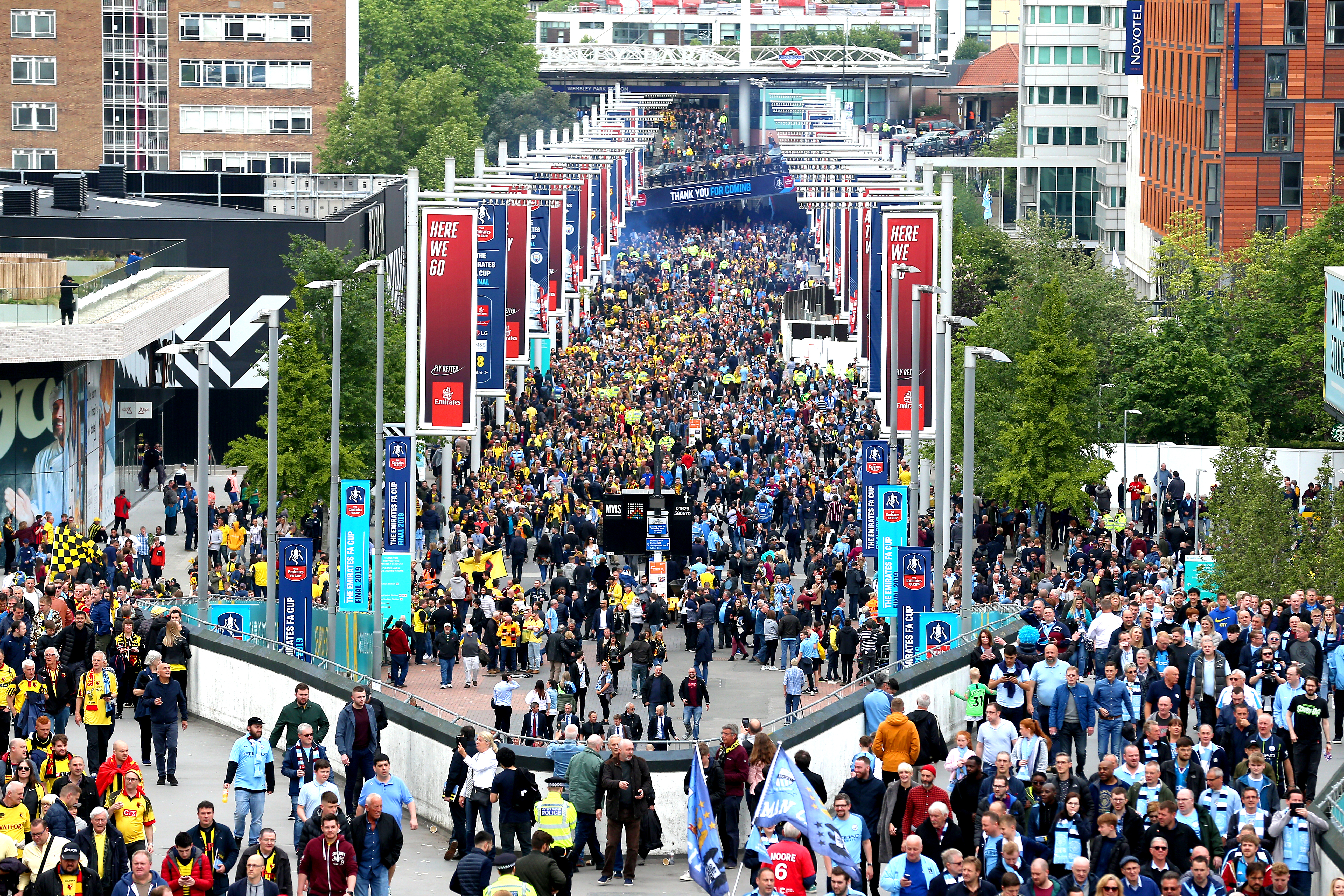 He added: "If we can continue as we're doing and proceed with the roadmap as planned then absolutely we should be having crowds.

"I can't say how many but we want to get back to full capacity as soon as possible for finances. But I can't give any guarantee on the numbers yet and that's why the pilots are so important."

When will fans be back?

Stadiums will be allowed to reopen from May 17 if the UK lockdown lifting roadmap remains on track.

Up to 10,000 fans or 25 per cent of stadium capacity can attend events straight after this date.

That includes the final day of the Premier League season on May 23 and England's early summer Test cricket clashes with New Zealand starting June 2.

What about pilot events?

The Government want to stage test events before May 17 to test stadium operations.

The World Snooker Championship in Sheffield from April 17 to May 3 is another scheduled test event set to see crowds in attendance. 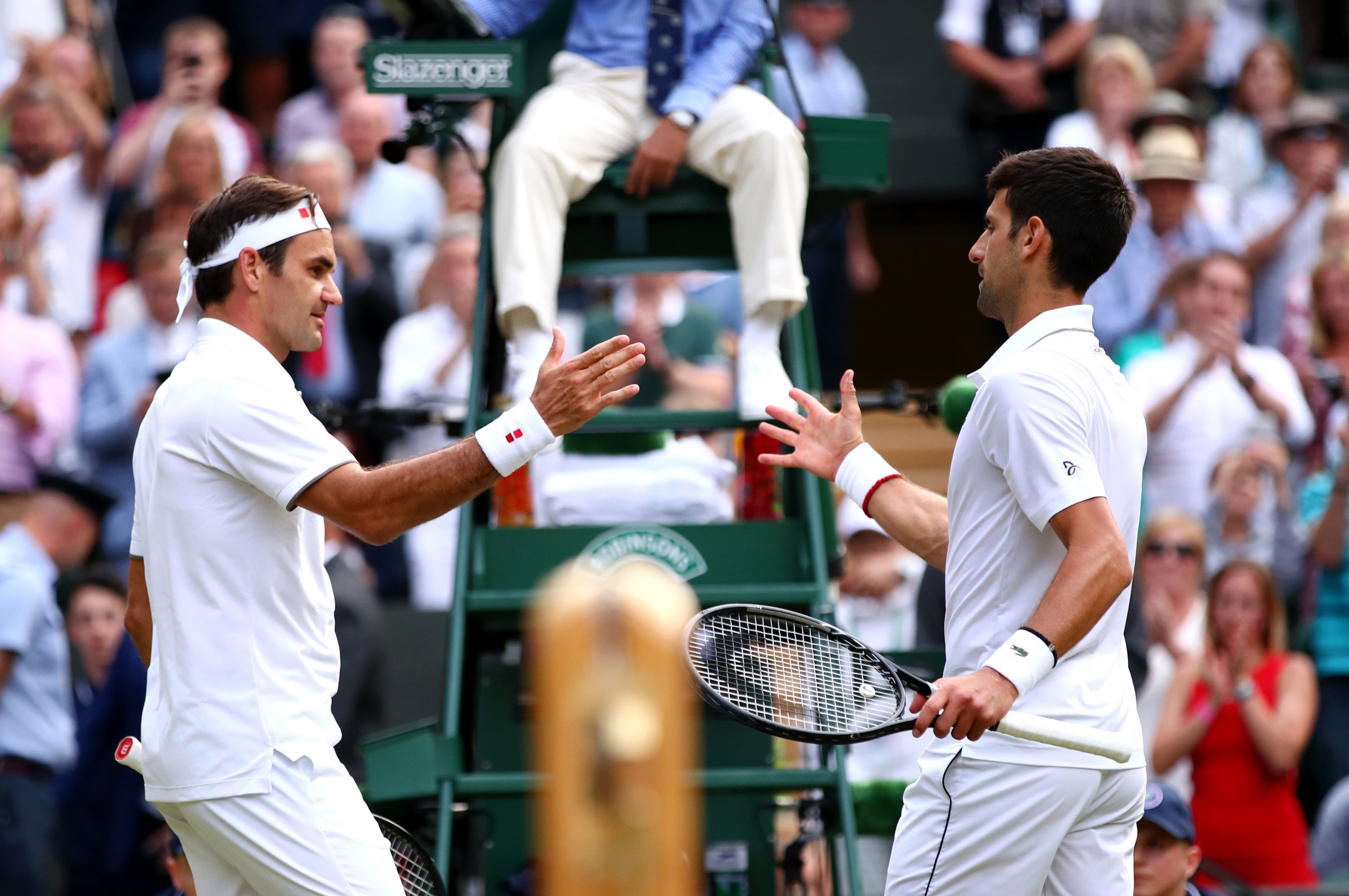 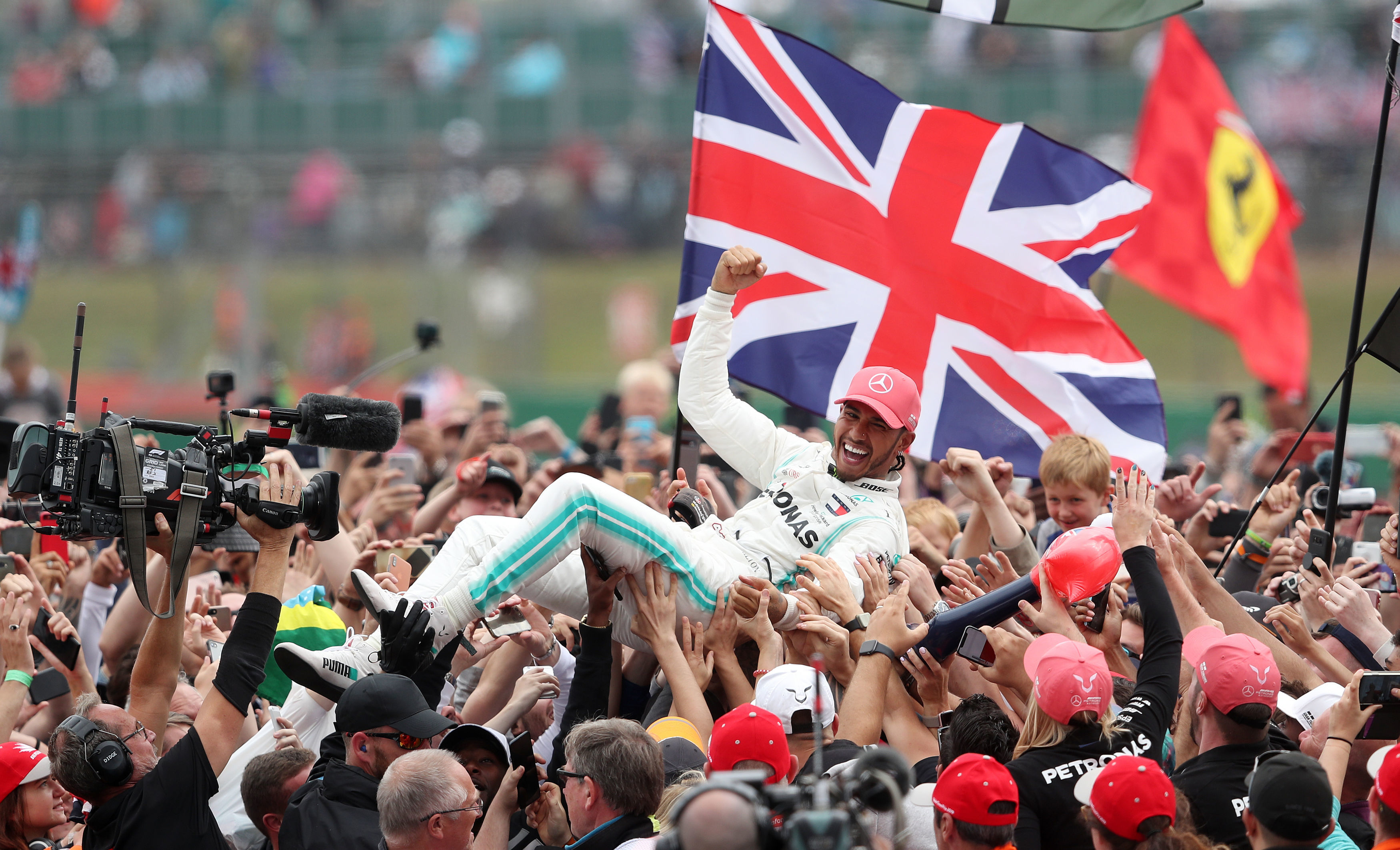 Will stadiums be full any time soon?

There are hopes that more fans will be allowed to attend events later in the summer.

The UK is on track to lift all lockdown measures by June 21, and it's unclear at this stage what that could mean for sporting events.

Wembley will host the closing stages of the Euros in July, and England will take on India in five Test matches in August and September.

Another potential huge event in the UK this summer is Anthony Joshua's proposed showdown with Tyson Fury.

And there are the usual summer highlights as well in the form of Wimbledon, Royal Ascot, the British Grand Prix and The Open.

What does it mean for Wimbledon and British GP?

Wimbledon chiefs announced that they would be hosting a 'reduced capacity' event from June 28 to July 11 after last year's Championships were cancelled.

British Grand Prix bosses were hoping to get the green light for record-breaking crowds on July 18.

The British GP is scheduled for July 18th and Silverstone boss Stuart Pringle said a 140,000 capacity crowd is "is still absolutely on the table".

But Huddleston on Monday said that it was too early to tell how many fans might be allowed to attend the race.