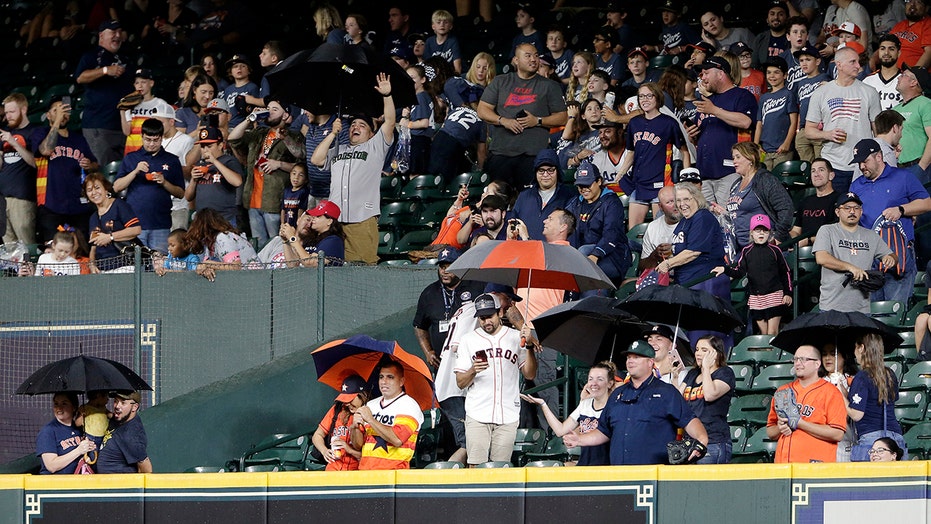 Fox News Flash top headlines for May 10 are here. Check out what’s clicking on FoxNews.com

The Houston Astros closed their roof Thursday for their game against the Texas Rangers but fans still needed to break out the umbrellas as the torrential downpour swept through the area.

The powerful thunderstorms, which resulted in golf ball-sized hail and seven inches of rain in some areas, leaked through Minute Maid Park’s roof. The rain appeared to seep through all parts of the roof. 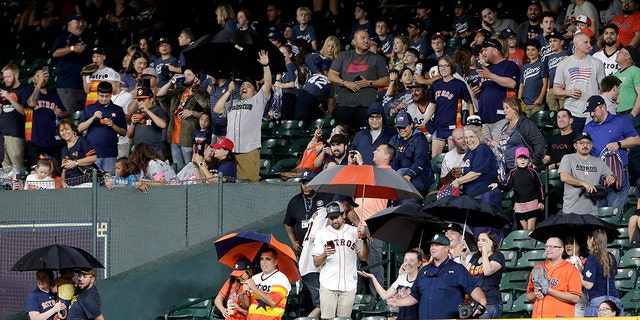 Fans sitting behind right field pull out umbrellas as rain seeps through gaps in the roof of Minute Maid Park during the eighth inning of a baseball game between the Texas Rangers and the Astros on Thursday, May 9, 2019, in Houston.
(AP Photo/Michael Wyke)

Some Astros fans were forced to scatter from their right field seats because of how wet the area was.

Astros outfielder Josh Reddick was able to track down a Hunter Pence line drive to right field that may have been a go-ahead home run if fans were sitting in their normal seats.

“If (fans) sitting where they normally are, maybe a few hands in the way and not able to make that play,” Reddick told reporters after the game, according to the Houston Chronicle. “A little blessing in disguise we had all that rain tonight.”