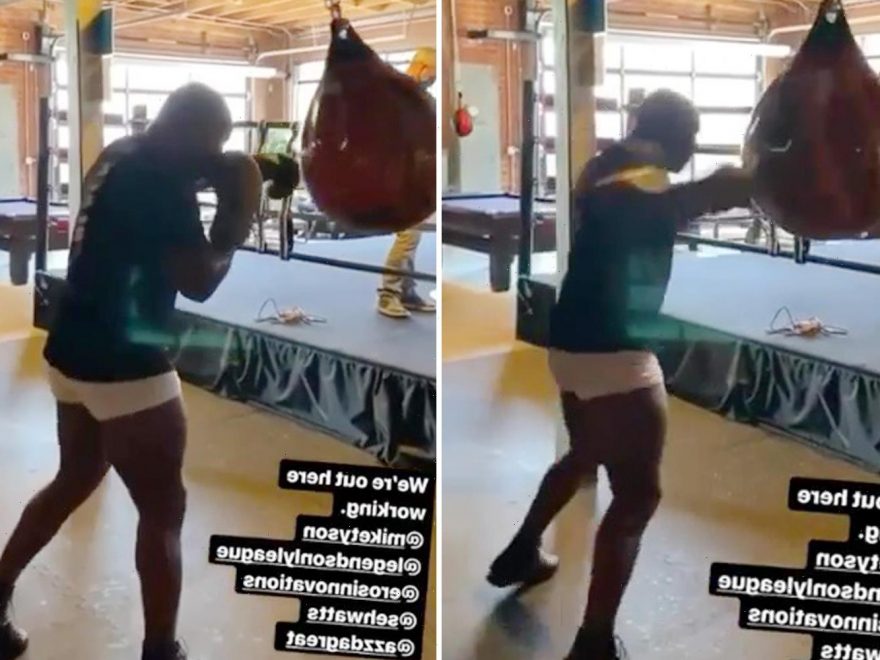 Iron Mike appeared in sharp form ahead of his hotly-anticipated comeback fight pounding an aqua bag with a number of punches. 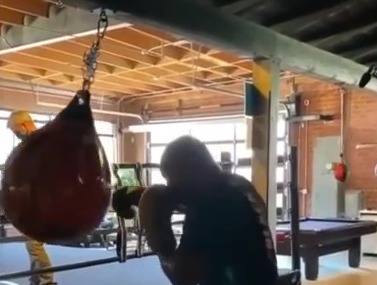 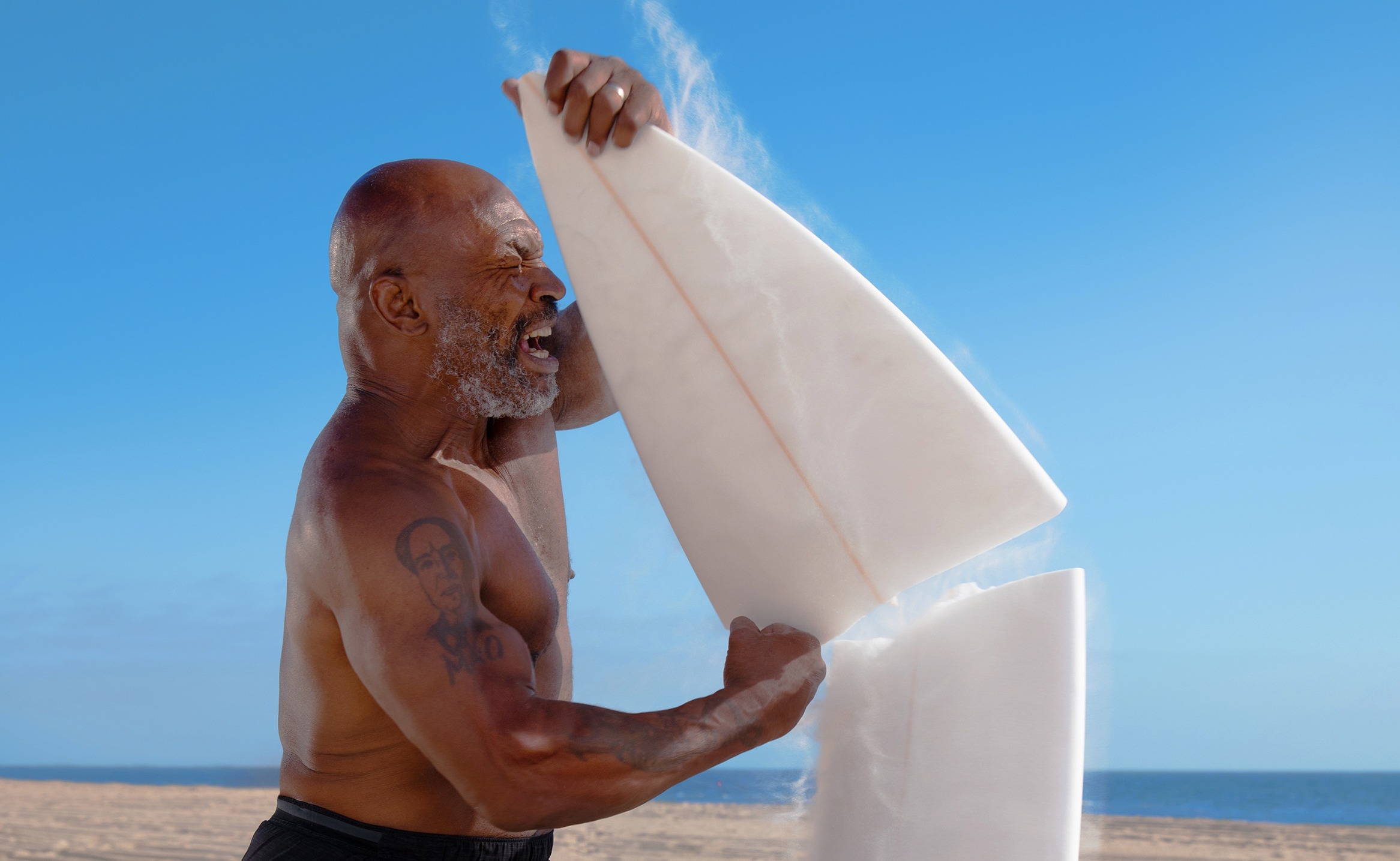 Perhaps most terrifying was the booming smack heard with each blow as the 54-year-old prepared for the fight.

Known as the Baddest Man on the Planet earlier in his career, Tyson's success was partly down the sense of fear he instilled in his opponents.

And Jones Jr became the first man to face down the former heavyweight king in 15 years when they fought in an exhibition bout in California late last year.

The New York native shed six stone for the November 29 fight and earned a large swell of admirers, including Anthony Joshua.

Although another legend of the ring, George Foreman, warned against taking too much out of such training clips.

"Maybe a few minutes later when he gets up out the bed he gets dizzy and falls on the floor or his leg pops out."

As the current holder of several heavyweight belts, AJ remarked that Tyson looks ready for a return to championship contention.

He told Sky Sports: “Mike Tyson hitting the pads with that ferocious behaviour is just second nature to him.

“To someone watching from home it looks like this guy is going to come and rule the heavyweight division.”

Although Tyson looked tough, and is in the best shape of his life, he couldn't manage to defeat Jones Jr.

The pair had to settle for a draw, but both showed glimpses of their past best.