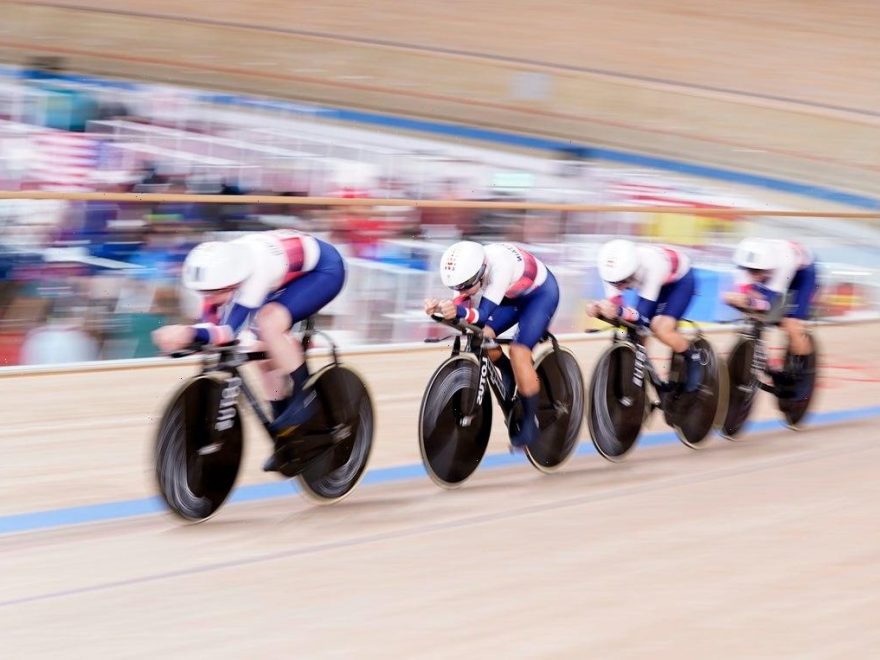 Great Britain have won silver in the women’s team pursuit final at Tokyo 2020.

The team of Katie Archibald, Laura Kenny, Jessie Knight and Neah Evans were world record holders and defending champions heading into these Games.

But they were no match as Germany stormed to another world’s best time to take gold and the Olympic title in a blistering 4:04.249.

The silver is a fifth medal for Kenny of a glittering career in the velodrome, a first time she has ever been beaten in an Olympic final after golds in London and Rio.

She will have two more opportunities at silverware in Tokyo when she lines up in the omnium and madison events later this week.

Both teams had broken the world record in the first round early on Tuesday, Britain setting a time of 4:06.748 before Germany responded with a 4:06.166.

Britain’s celebrations for that record had been cut short when Archibald crashed into Evans after the finish, and it was unclear if either rider was affected in the final as the team set a much slower time.

Evans had replaced Elinor Barker in the line-up after qualifying.

Kenny told the BBC: “We knew (Germany) were going to go fast, but maybe not quite that fast.”

Asked about the prospect of adding two more medals to her tally, she added: “Yeah, I’ll just keep turning up and see what happens!”

Teammate Evans added: “It’s really special. Obviously we were defending champions and there are huge expectations because we do have such a good reputation, but there are so many strong nations.

“We came out fighting but it wasn’t to be this time.”