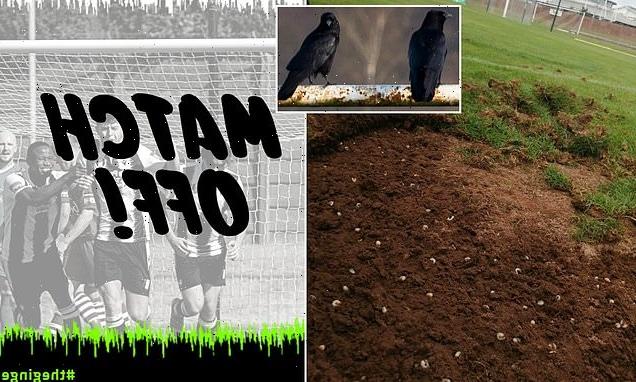 Grantham Town were forced to call off their Northern Premier League East match against Worksop Town – after crows damaged their pitch beyond repair.

Worksop were due to make the 40 mile journey as the crow flies but the bank holiday Monday fixture at The Meres was postponed three hours before kick off, as revealed in a tweet from The Gingerbreads.

The playing pitch at the council-owned South Kesteven Sports Stadium in Lincolnshire has been infested with chafer grubs, the soil-dwelling larvae of chafer beetles, which are matchday scran for crows.

Crows – and possibly foxes too – have caused ground issues which could not be fixed in time. It will be costly to resolve, as the pitch needs completely replacing. 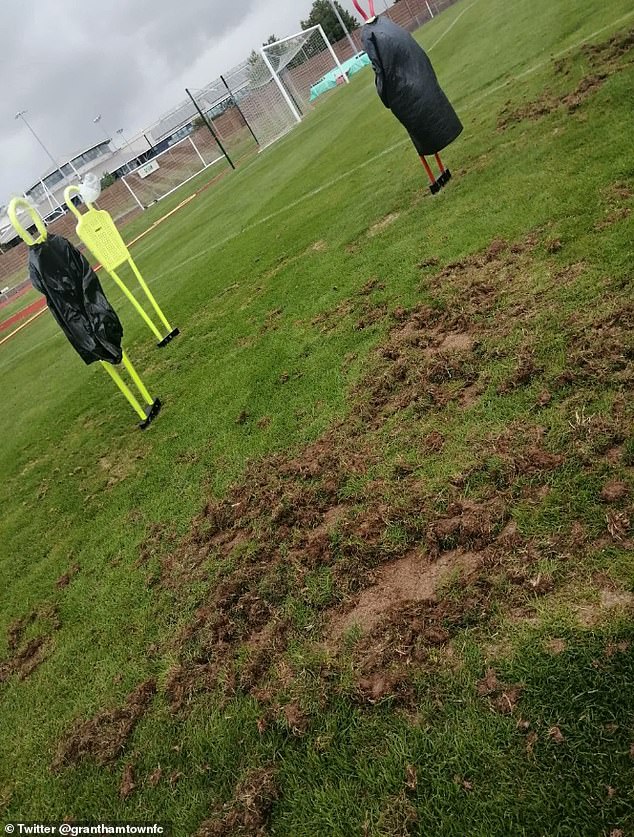 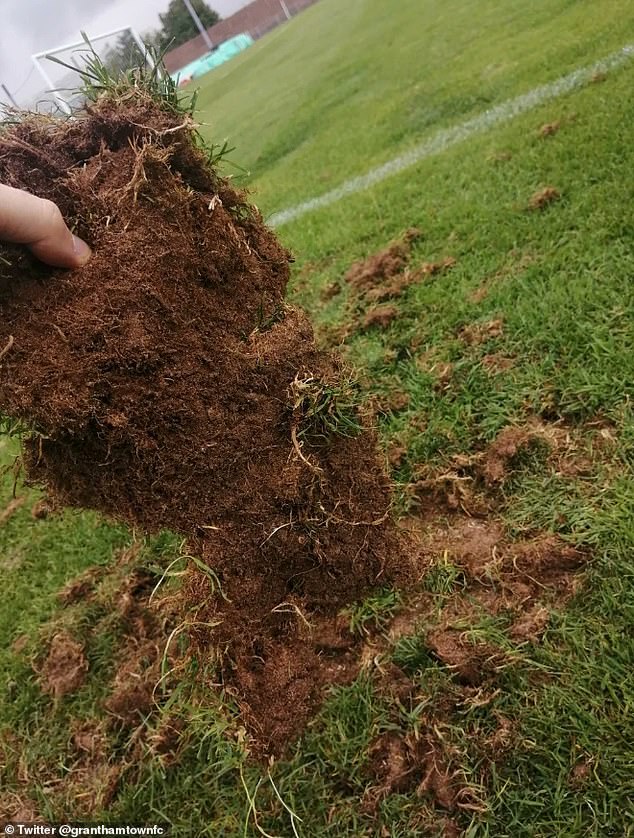 Grantham tweeted: ‘#thegingerbreads have had an ongoing issue with Chafer grubs in the pitch at The Meres. Despite extensive work to try repair and keep it playable, overnight issues have meant it just isn’t. The club are in consultation with the Council on how [to] move forward.’

Furthermore, they detailed the issue in a keen biology lesson for those interested. ‘Here are the chafer grubs which are a crows best meal,’ they said, alongside images of the turf at The Meres . ‘The crow breaks through the turf and causes the damage on the pitch.’

The BBC reported on the issue, noting that the only way to treat the issue of chafer grubs is to replace the turf.

BBC Radio Lincolnshire’s Grantham reporter Graham Cowell said: ‘They turned up this morning, and overnight the crows look to have had an absolute field day. They’ve ripped a patch up just outside the penalty area on the north side of the ground.

‘It almost looks like it could have been more than crows, foxes also apparently love the chafer grubs.’ 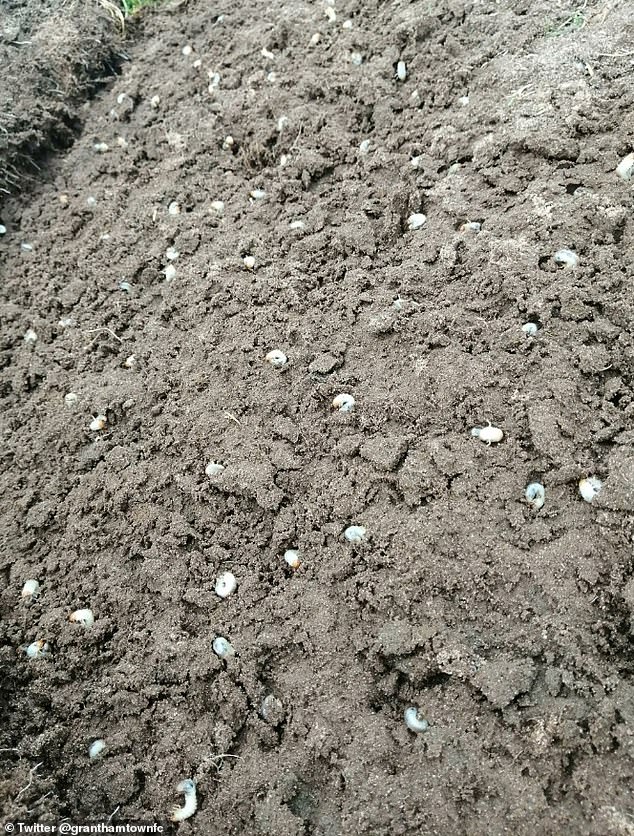 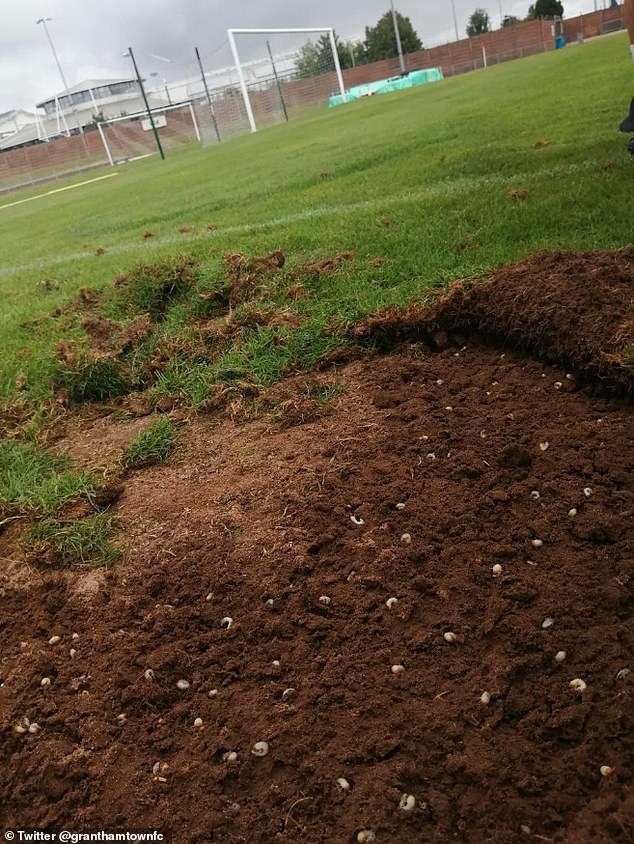 Grantham have launched a GoFundMe page to cover the cost of the pitch replacement at The Meres, with a £20,000 goal set.

The page also states that work on replacing the pitch will take place on Wednesday, with no games able to be played there until the problem is resolved.

Grantham are in a race against time to get their pitch up to scratch for Saturday’s FA Cup first qualifying round clash with Rugby Town.

Several species of chafer grubs that feed on grassroots can cause problems in lawns, according to the Royal Horticultural Society. 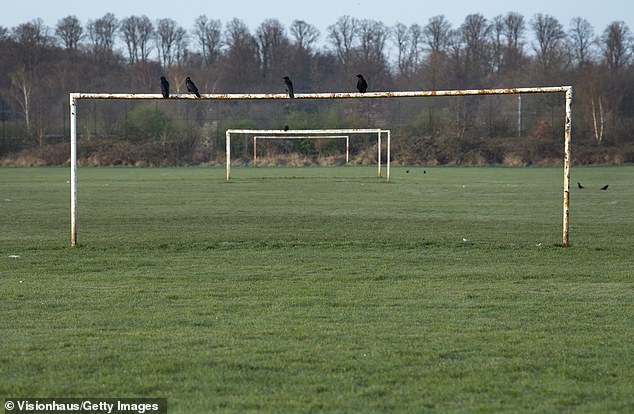 Crow issues appear to be an issue in football across the county of Lincolnshire.

Last season, League One Lincoln City used models of birds of prey to deter birds from attacking their pitch to bury scraps of food left behind in the stands by Imps fans.

Meanwhile back in 2018, four pitches for Lincoln and District Sunday Football League games were taken out of commission due to crow damage.