GIORGIO CHIELLINI has confirmed his expected move to MLS side Los Angeles FC.

The Italy legend, 37, tweeted a short video of himself wearing an LAFC-branded top and cap along with the words, 'The Next Chapter'. 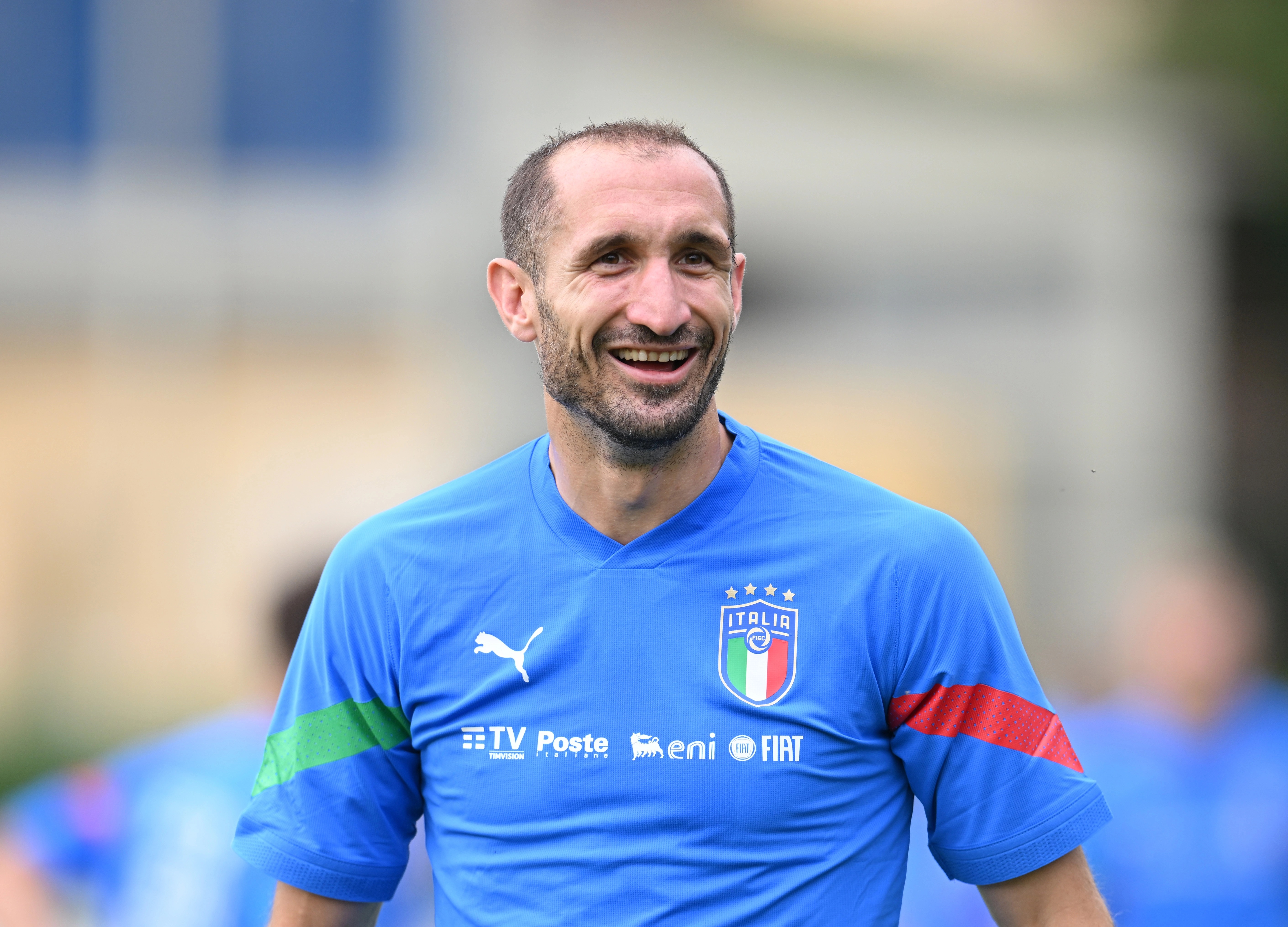 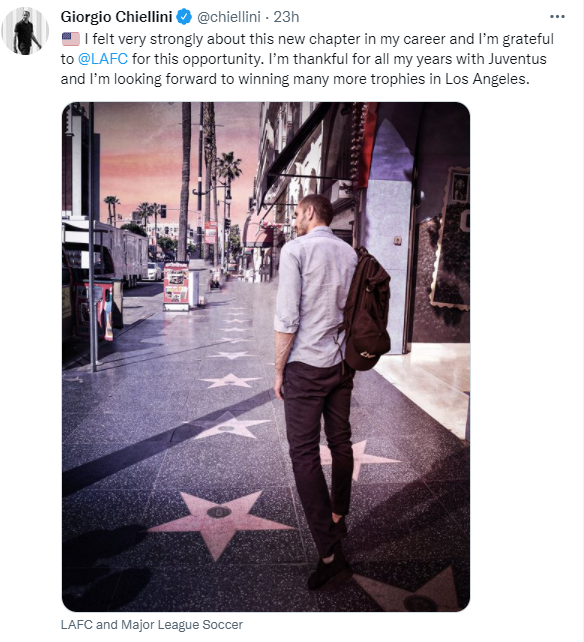 The announcement comes after the defender's glittering 18 years with Juventus came to an end this summer.

Chiellini also posted a separate photograph of himself standing on LA's iconic Hollywood Walk of Fame.

On that tweet, he wrote: "I felt very strongly about this new chapter in my career and I'm grateful to LAFC for this opportunity.

"I'm thankful for all my years with Juventus and I'm looking forward to winning many more trophies in Los Angeles."

The video shows Chiellini staring at the camera in an uncompromising way as footage of his old playing days at Juve run in the background.

It was reported the Vancouver Whitecaps were another MLS club interested in signing the icon.

He retired from playing for his country after a 2022 Finalissima defeat to Argentina at the start of this month.

Only Paolo Maldini, Fabio Cannavaro and Gianluigi Buffon have more caps for the Azzurri.