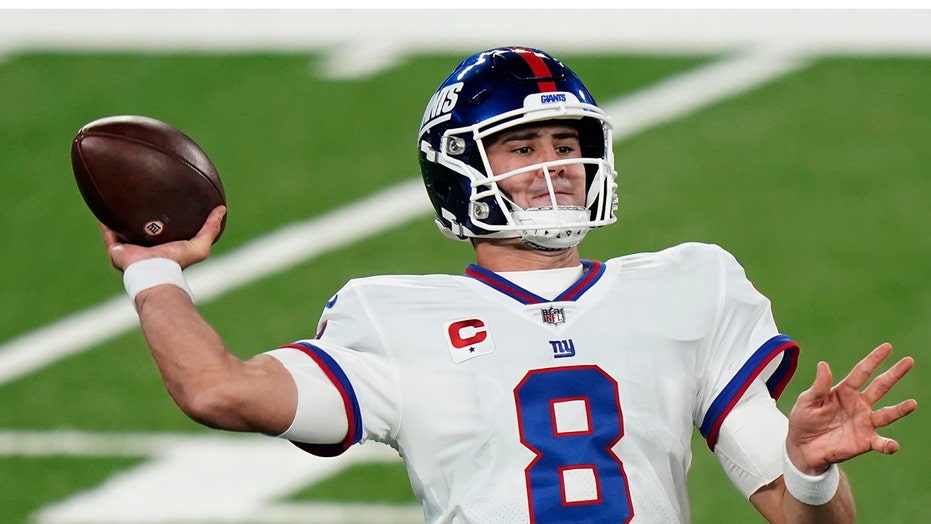 Former New York Giants kicker Lawrence Tynes shut down the idea of the team trading Daniel Jones after his second season in the NFL.

Tynes, who has a couple of the most memorable field goals in Giants history, addressed on Twitter those who have been advocating for the Giants to get rid of Jones and address the quarterback issues in the NFL Draft.

“For the let’s get rid of Daniel Jones crowd. The only similar situation I can think of is Josh Rosen (AZ). Top 10 pick traded after 1 year then drafted Kyler Murray,” Tynes tweeted.

“Do you really put Jones in that bucket where we should be done after year 2 or do we see what happens last 8 [games].”

The Arizona Cardinals selected Josh Rosen with the No. 18 pick of the 2018 NFL Draft. But after the Cardinals were awarded the No. 1 pick in 2019 and made Kliff Kingsbury the head coach, the team decided to draft Kyler Murray and trade Rosen to the Miami Dolphins.

TATE AND JUDGE TALK AT LENGTH ABOUT HIS ON-FIELD COMPLAINTS

The Giants took Jones with the No. 6 pick in the 2019 draft but only has wins against the Washington Football Team and the Tampa Bay Buccaneers in his first 21 games. He has 4,693 passing yards, 21 touchdown passes, 21 interceptions, 61 sacks and 23 fumbles.

Because of his stat line and because of the quarterbacks potentially heading into the 2021 draft, former general manager Mike Tannenbaum said the Giants should go after Justin Fields.

“If I was them, I would draft Justin Fields from Ohio State,” Tannenbaum said Tuesday during an appearance on ESPN’s “Get Up” program. “He’s a better athlete, he’s more accurate, he makes less mistakes and if you said, ‘I could either have Jones or Fields for the next 10 years,’ if I’m the Giants, I’m taking Fields.”

If the Giants do rid of general manager Dave Gettleman in the offseason, Jones’ future in New York could definitely be in jeopardy.