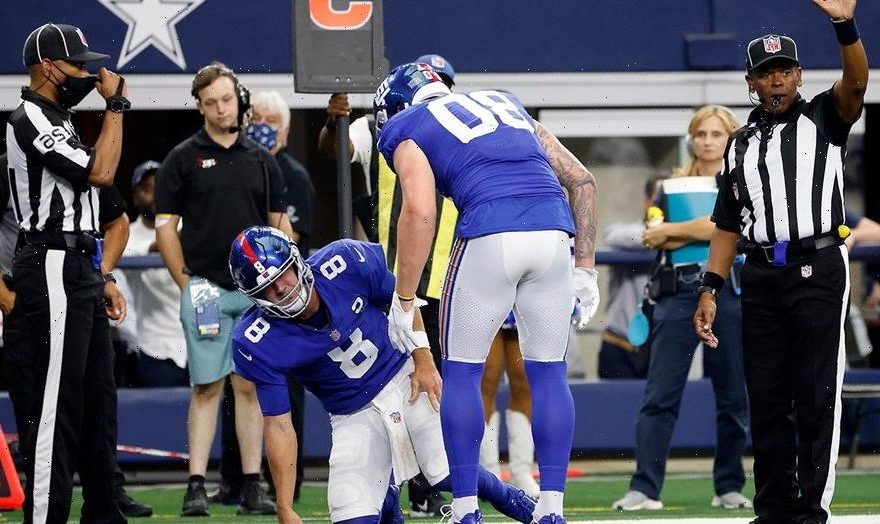 New York Giants quarterback Daniel Jones was carted off the field after suffering an apparent head injury in the second quarter against the Dallas Cowboys Sunday.

Jones and the Giants were driving for a touchdown when the quarterback rolled to his left. He tried to sprint through Cowboys defenders and ran head first into Jabril Cox’s helmet and went down. He was stopped short of the goal line. 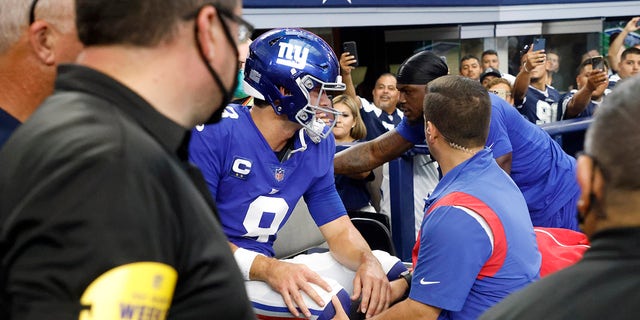 New York Giants’ Daniel Jones (8) is carted off the field after suffering an unknown injury running the ball in the first half of a game against the Dallas Cowboys in Arlington, Texas, Sunday, Oct. 10, 2021.
(AP Photo/Michael Ainsworth) 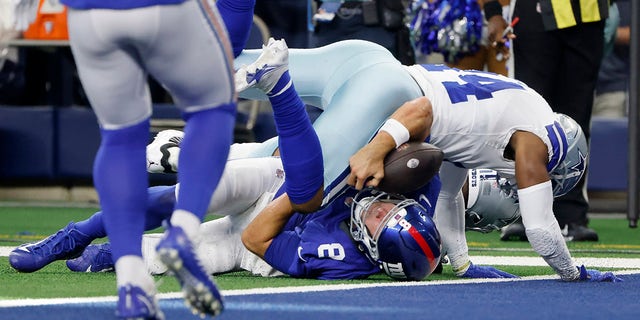 Jones was putting together one of the best seasons of his career before Sunday’s game against Dallas. He had 1,184 passing yards with four touchdown passes and only one interception. 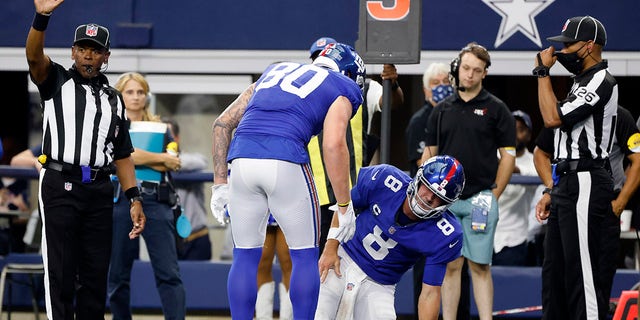 New York Giants tight end Kyle Rudolph (80) checks on quarterback Daniel Jones (8) after Jones was tackled short of the end zone in the first half against the Dallas Cowboys in Arlington, Texas, Sunday, Oct. 10, 2021. Jones suffered an unknown injury on the play.
(AP Photo/Michael Ainsworth)

He put together a big drive last week against the New Orleans Saints to help the Giants pick up their first win of the season.

Jones is in the middle of his third season.