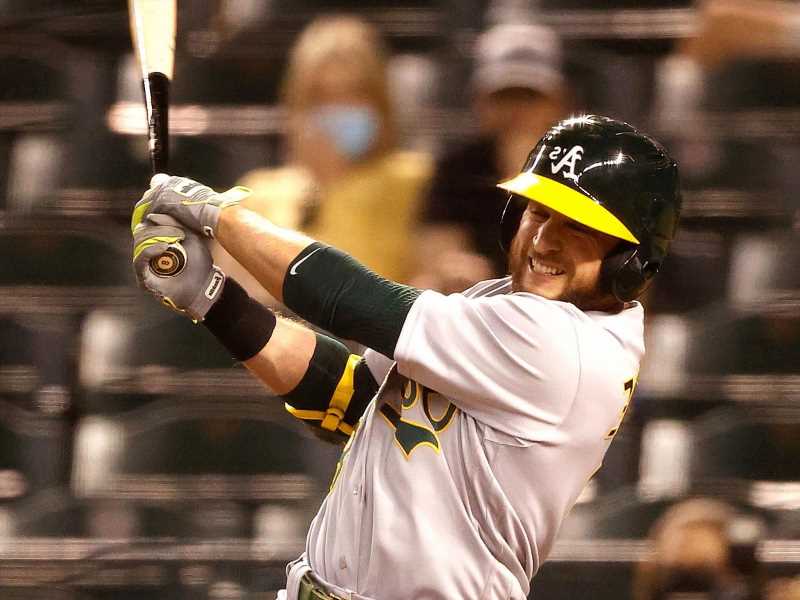 Mets reliever comes through after layoff

Across the country from Citi Field, Jed Lowrie is raking with a surgically repaired knee — and he has claimed the Mets would not allow him to get the knee operated on during his ill-fated tenure with the club.

Manager Luis Rojas said Wednesday he knew of Lowrie’s desire to have knee surgery, but that his involvement in those conversations did not extend much beyond that.

“I had a few conversations with Jed, I was aware that he wanted to have surgery,” Rojas said before the Mets’ 5-1 win over the Phillies. “But there were some conversations that I really wasn’t a part of. I knew that he needed the brace to play, and that’s what our conversations were more about.”

The Athletic recently reported that the Mets declined to allow Lowrie to get the procedure to address a knee fat pad impingement and even threatened him with a grievance. Instead, Lowrie’s two-year, $20 million contract with the Mets — a deal made by Brodie Van Wagenen, both his former agent and the former Mets general manager — came to an end without any surgery and with the veteran playing just nine games in their uniform.

“He was frustrated that he wasn’t playing and that he didn’t get fully healthy,” Rojas said. “But whatever other conversations or his frustrations that he’s sharing about the surgery, we did not expand on any conversation like that.”

J.D. Davis’ stay on the injured list isn’t expected to last any longer than it is required to. The Mets third baseman, who suffered a contused left hand last week on a hit-by-pitch, is eligible to come off the IL on Saturday, when the Mets will be at Colorado, and is on track to do so after taking batting practice for a second straight day Wednesday.

Because of the swelling in his hand, Davis was unable to fully grip the bat as recently as Friday. But Rojas said his pregame work Tuesday was “day and night.”

“He’s swinging the bat really good,” Rojas said. “So we’re probably looking at that day to see if he can get activated. … He’s almost at that point where he’s gonna be like nothing at all is felt.”

Dellin Betances’ IL stint, meanwhile, could be a longer one. The Mets reliever does not yet have a timeline to begin throwing again since being put on the IL on April 8 with right shoulder impingement.

Friday’s Mets starter against the Rockies remains TBA, as the Mets still have to get through another potential rainy day for Thursday’s series finale against the Phillies. Snow is also in the forecast for Friday in Denver, but Rojas mentioned Joey Lucchesi and Robert Gsellman as pitchers who could be ready to offer length.