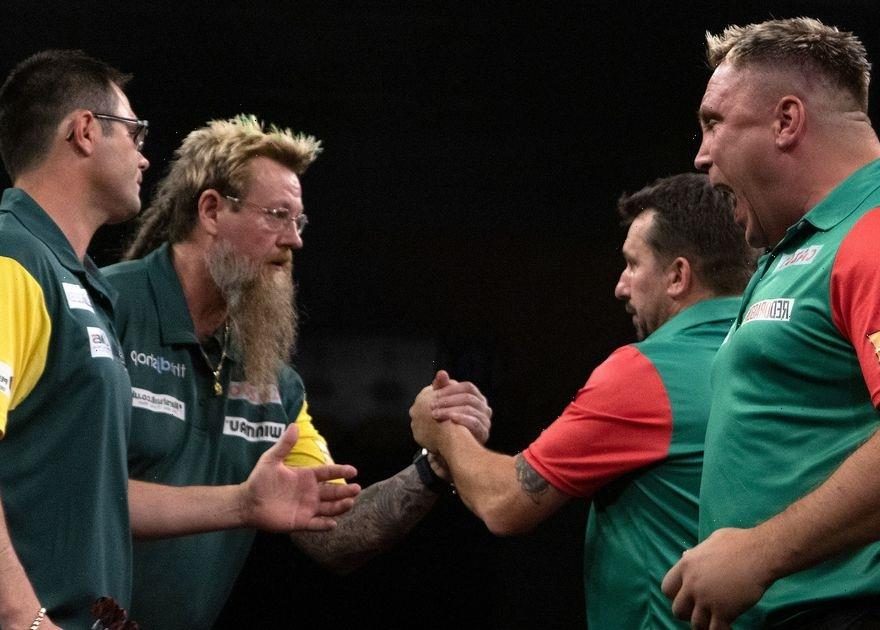 There was final disappointment for Wales as Australia clinched their first World Cup of Darts title in Germany.

The Welsh duo of Gerwyn Price and Jonny Clayton stormed through to the final after wins over host nation Germany and the Netherlands. Price, in particular, had been in scintillating form, producing an average of almost 118 as he defeated Germany's Martin Schindler 4-0 inside seven minutes in the quarter-finals.

But the Australian team of Simon Whitlock and Damon Heta were too strong in the final, winning 3-1. The Welsh edged the doubles match, but Heta beat both opponents in singles contests, while Whitlock defeated Clayton. It was an especially poignant moment for Whitlock, who was part of the Aussie team which lost the 2012 final in the most dramatic fashion to England. His partner that day was Paul Nicholson, now a PDC commentator and pundit.

Nicholson had predicted Australia would prevail and he was delighted to see veteran Whitlock pick up a title he has long coveted.

"Meant to be. 10 years ago I said we would win this, and nobody deserves it more than Damo and Si," tweeted Nicholson, who also reserved praise for the gracious Welsh pair.

He added: "Can I just say how gracious the Welsh were in defeat tonight. Tremendous champions and gentlemen. I wouldn't expect anything else from @Gezzyprice and @JonnyClay9. Classy to the max."

Were Australia worthy winners? Have your say in the comments section below.

Meanwhile, Price issued his reaction to the tournament, posting: "Been an absolute honour to represent my country again with you Jonny congratulations to Australia thank you to the crowd and the messages of support."

Clayton made it clear he is already eyeing up going one better at next year's tournament, tweeting: "Congratulations to Simon and Damon Myself and @Gezzyprice gave it our all, but they were the better team in the final! It's been an honour to represent Wales once again. Hopefully we'll have the chance to go one better next year!"

Price and Clayton will both be in action again this weekend, when Amsterdam hosts the next leg of the World Series of Darts.