GARY ANDERSON stormed out of a live Sky Sports TV interview following a “cheating" storm at the Grand Slam of Darts.

The Scot beat 18-year-old Adam Gawlas 5-3 in a poor first group-stage match despite struggling with a knee injury. 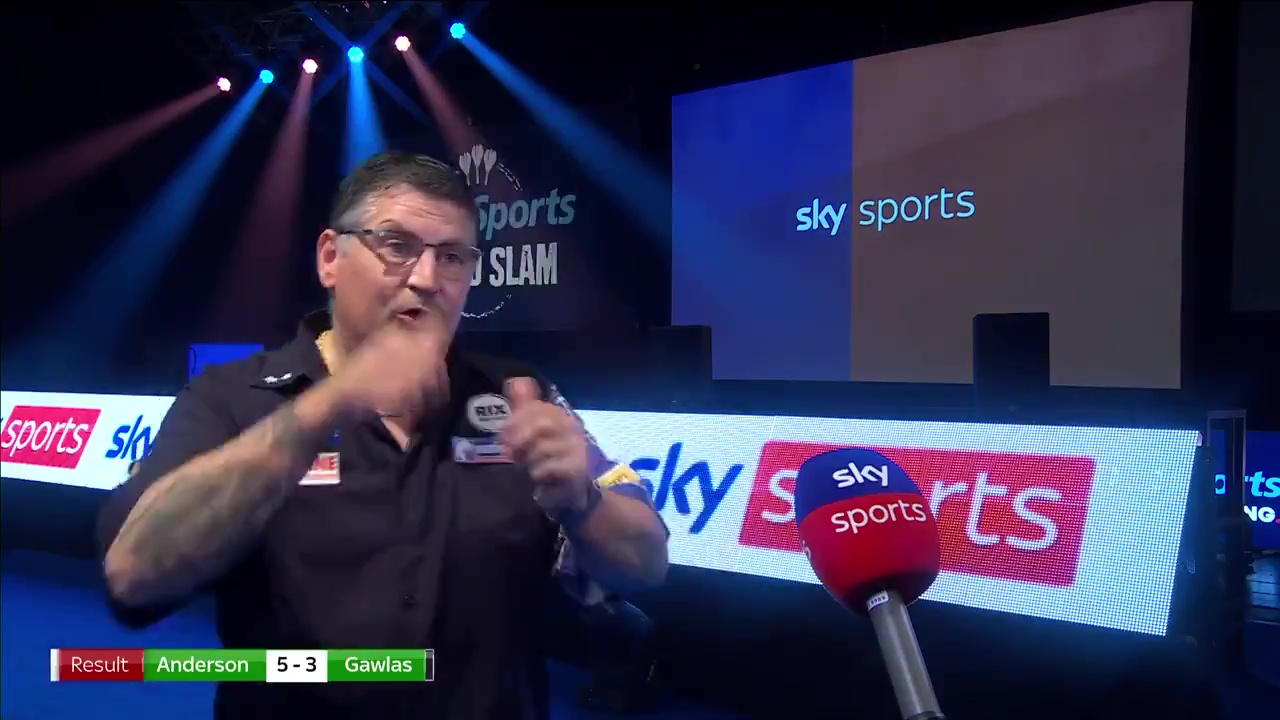 But in an astonishing and bizarre TV rant, the two-time world champion insinuated the teenage Czech star was “snarking” and “sniffing” on stage, which was putting Anderson off his game.

There did not appear any problem between the pair on the oche and the issue was not brought up to the referee at the time.

Anderson, 49, said: “When you get players that snark in your ear every time you throw.

“It always seems to come from the same team. Then it gets on your nerves a bit.

“So would I pull out (of the tournament)? Yeah. Because darts isn’t darts anymore.

“You need to have a word with everyone who watches darts. Call it gamesmanship? I call it cheating and I’ll see them through there when I go through.

“I’ve still got a sore knee though. It’s not upset me. Ask a lot of players, they don’t say anything. I’ll say something.

“If they’re all sniffing they better get their test again. That’s the way I look at it.”

SunSport has attempted to contact Gawlas through the PDC for a response.

The Sky Sports interviewer tried to follow up with a question about the match but Ando had enough. He walked off, saying: “They are all tough players. Anyway, have a good time. See you later.”

This angry interview is likely to spark an investigation and possible fine from the Darts Regulation Authority.

It is not the first time he has been involved in controversy at the Grand Slam.

Two years ago he was involved in the ill-tempered final with Gerwyn Price and then there was the infamous ‘Fartgate’ incident after playing Wesley Harms.