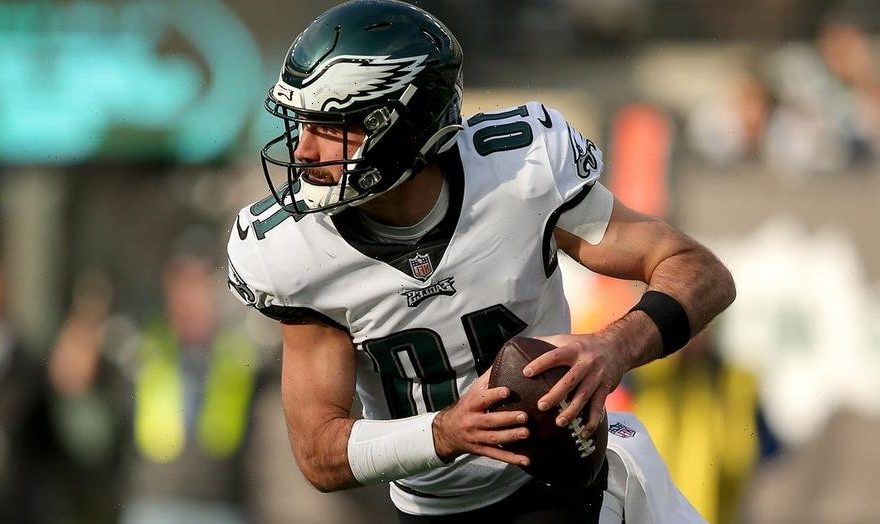 Philadelphia Eagles quarterback Gardner Minshew led the team to a win over the New York Jets on Sunday in his first start with the team since they acquired him in the middle of the season.

Minshew shared a sweet moment with his dad outside the stadium. 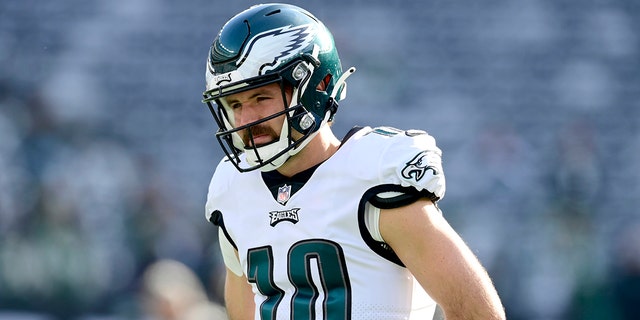 Gardner Minshew of the Philadelphia Eagles looks on before the game against the New York Jets at MetLife Stadium on December 05, 2021 in East Rutherford, New Jersey.
(Getty Images) 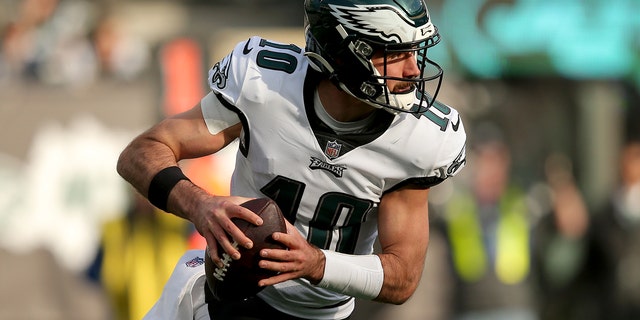 Minshew connected with tight end Dallas Goedert for both touchdowns and it initially appeared the Jets and Eagles would be in for a slugfest as they both scored touchdowns on their first three possessions — but things slowed for New York significantly after the half.

“I thought he played a really good game,” head coach Nick Sirianni told reporters after the game. “Our message to Gardner was be yourself and protect that football. If you be yourself, it’s going to be enough. Really happy for Gardner.” 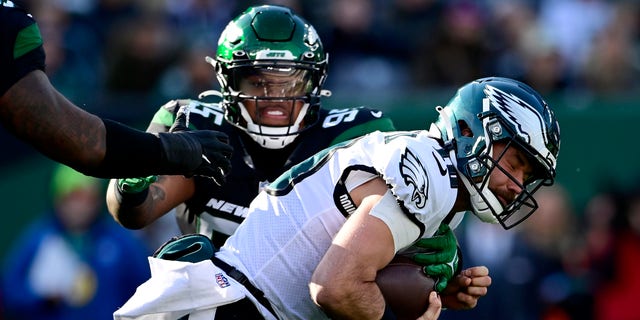 Gardner Minshew runs the ball during the first half against the New York Jets at MetLife Stadium on December 05, 2021 in East Rutherford, New Jersey.
((Photo by Steven Ryan/Getty Images))

Despite Minshew’s strong performance, Sirianni told reporters that Hurts will still be their QB1 when healthy.