“Work hard and enjoy the process.” Sky Scholar Daniel Altmaier recalls the moment he met Anthony Joshua and the words of advice the heavyweight champion told him to take onto the tennis court.

The German qualifier had already dispatched seeds Jan-Lennard Struff and Matteo Berrettini and was hoping to become the first player to reach the quarter-final of his maiden Grand Slam appearance since Alex Radulescu at Wimbledon in 1996.

Despite his best efforts, Altmaier’s dream run came to an end. But now that he has enjoyed a taste of Grand Slam tennis at the elite level, the 22-year-old is keen for more of the same.

“I think for me it was a very, very positive week,” he said. “I’ve been working really hard for this. I think I truly believe that I belong here. It’s for me just the beginning of everything.”

Altmaier, whose father was an amateur boxer, recalled the moment Joshua helped inspire him on his journey after his victory over Alexander Povetkin at Wembley Stadium in 2018.

“Me and Adam Smith, my mentor on the Sky Scholarship Programme, went inside the locker room to congratulate him. It was really interesting because he mentioned to me ‘fight every second’,” said Altmaier.

“For us it’s a privilege, we can do a hobby or what we enjoy most into our life. I think working hard, enjoying the process, was one advice he gave me. The time was really short. I look forward for our next meeting definitely to learn more because he’s the type of guy who is actually sharing a lot of his success already to the public. I think that’s why he’s such a hero worldwide.”

Altmaier’s next target is the main draw of the Australian Open in January but the German is staying calm and promises this is just the start of things to come.

Onwards and upwards for Dan The Man! 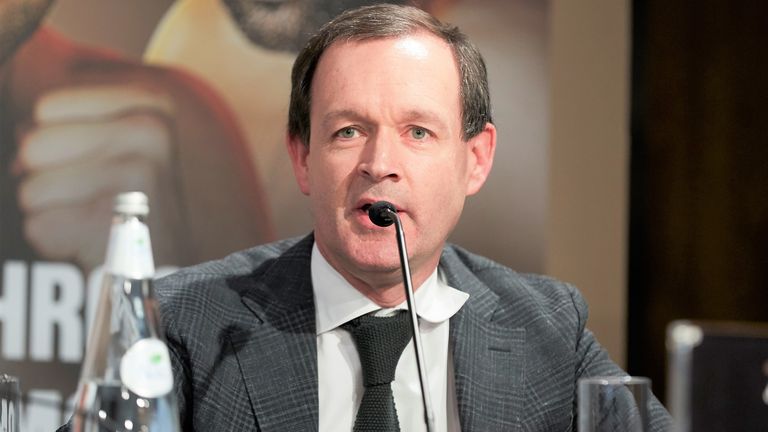 “It’s been incredible,” he said. “It’s been just the most brilliant breakthrough for Daniel Altmaier. We’ve been through so much together over the last three years plus and I’ve watched him develop from a teenager with talent and lofty ambitions through a real tough couple of years of injury problems and he has never wavered from the plan, the process, the belief.

“He is meticulous, he’s dedicated, he’s disciplined, he’s intelligent and he has amassed the right people around him with the right coaches and the right support network – I think that’s why he had such a huge success in last two-and-a-half weeks.

“Look, fine margins and a fine, fine performance in defeat. He’s taken it well, he’s obviously upset, he’s going to analyse it. He moves forward with the team and he can eventually reflect on what’s been an incredible last few weeks.”

Smith continued: “He’s got a wild card for Cologne and he’s got a couple of ATP tournaments. There will be a few eyeballs on him now. A lot of pressure, a lot of expectation, but he’s not going to get giddy. He’s very humble, he’s 22, and he’s got an enormously bright future.

“This is the beginning, but it’s not the beginning because we’ve already been through so much. The Sky Scholarship programme has been fantastically supportive of him. It’s helped him mature as a man and he stands in really good shape.

“I was gutted at the end of the six matches that he didn’t quite get through but there’s a lot to take from it. It’s an educational process. It’s a learning process. He’s in a great position now. His ranking has shot up, he’s earned some money which is much needed on a tough tennis circuit and he’s earned a lot of supporters.”

Smith added: “Onwards and upwards. It’s going to be a very exciting next few months and years ahead for Daniel Altmaier and I’ll be there every step of the way, right in his corner, everyday, win or lose. We go through it together.”