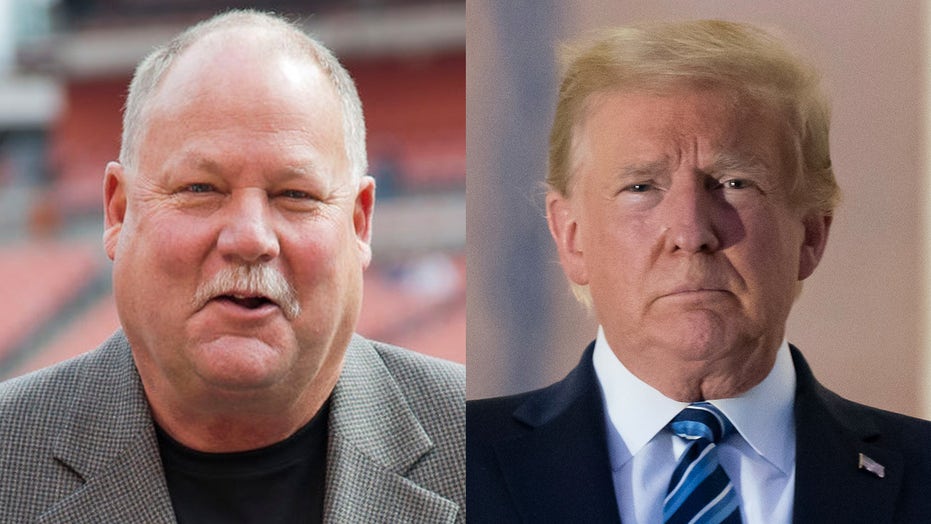 Former Green Bay Packers head coach Mike Holmgren criticized President Trump on Tuesday for his response to the coronavirus pandemic which he says is to blame for the team’s decision to extend the ban on fans at Lambeau Field.

The Packers announced Tuesday that fans would not be allowed to attend home games indefinitely due to the “concerning increase" of COVID-19 cases and hospitalizations in the Green Bay area and throughout Wisconsin.

The announcement prompted the Packers Hall of Fame Coach to issue a statement blaming the president’s response to the pandemic.

“Today’s announcement makes one thing very clear — President Trump’s failure to mount a forceful response to the coronavirus pandemic has had profound consequences for Green Bay’s economy,” Holmgren said in a statement. “Small businesses in the community are paying dearly. We are now months into the crisis, cases are surging across Wisconsin, and President Trump still doesn't have a plan to get the virus under control.”

Holmgren, who coached the Packers from 1992 and 1998, went on to throw his support behind Democratic nominee former Vice President Joe Biden.

“Joe Biden has a real plan to beat this pandemic, invest in the working class, and help Wisconsin’s economy recover,” he said. “Joe will always level with the American people — he’s a man of integrity, and now more than ever, we need him in the White House.”

Wisconsin highest infection numbers have been recorded this past month rather than when the pandemic first began.

There were 2,020 new cases of COVID-19 and 18 new deaths on October 6, totaling 136,379 cases and 1,399 deaths, According to The Milwaukee Journal-Sentinel, which cited Wisconsin Health Department data.

The average number of daily cases is up 4% and the average death rate per day is up 102% from the previous week.

"We are very concerned with the rate of infection in our area," Packers President and CEO Mark Murphy said on Tuesday.

"We are trending in the wrong direction in terms of hospitalization and positive cases, and based on recommendations from community healthcare and public health officials, hosting fans at the stadium for games is not advisable at this time.”

Meanwhile, the NFL is battling its own pandemic-related issues as several teams have now reported positive cases among their players and staff.