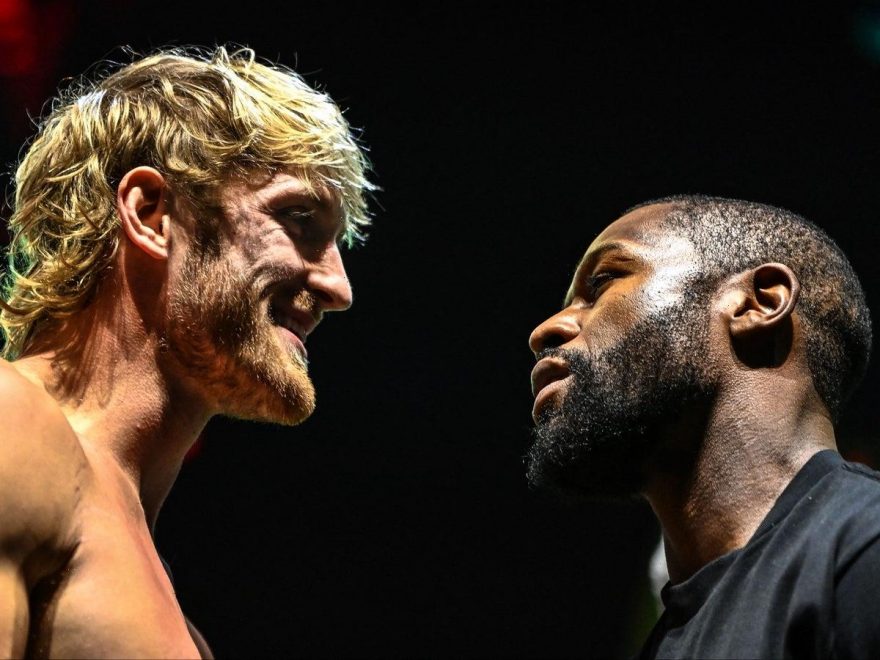 Floyd Mayweather and Logan Paul are set to meet in an exhibition fight on Sunday night.

The 50-0 pound-for-pound king is taking on the YouTube sensation at Hard Rock Stadium in Miami.

Mayweather has been out of action since beating kickboxer Tenshin Nasukawa inside one round back in 2018. He hasn’t been in a ring professionally since stopping Conor McGregor in 2017 for his 50th win.

He now takes on Paul, who lost his one and only professional bout to fellow social media king KSI in 2019.

Despite the vast difference in experience, Paul is cutting a confident figure.

“I’m going to knock (Mayweather) out and become the greatest boxer on the planet. Then I’m going to retire and not give Floyd the rematch. He doesn’t know who he’s getting in the ring with.

The fight will net both men a healthy payday – but how much?

How much is the Floyd Mayweather vs Logan Paul fight purse?

As with most boxing matches the fighters’ prize money consists of an initial fee plus whatever is made from the subsequent pay-per-view TV sales.

Mayweather’s up front fee for this match is said to be as much as $10million with Paul’s coming in around $250,000.

This fight is expected to break PPV records, surpassing the figures amassed when Mayweather took on McGregor in 2017.

It has been reported that Mayweather’s fight contract guarantees him 50 per cent of whatever comes in from PPV with Paul netting 10 per cent.

Mayweather recently suggested that he could make as much as $100m for a fight of this nature.

“I can fight a fighter right now and I can guarantee myself $35 million,” he said. “I can eventually probably make $50 million, for just a regular fight.

Paul in March estimated he could pull in as much as $20m – a figure that would be double his net worth.