FLOYD MAYWEATHER is the 'most expensive celebrity' on Cameo.

And the man nicknamed Money, who will bank another fortune when he returns to the ring to face Logal Paul next year, appropriately charges double Mike Tyson's rate for custom shoutouts. 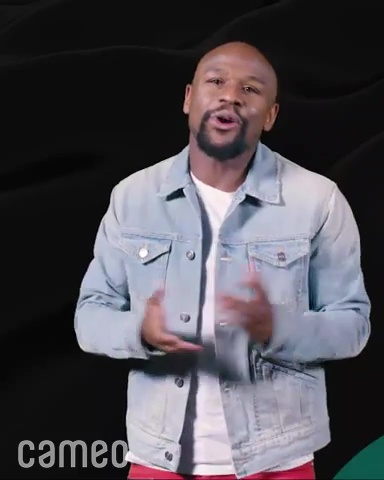 Cameo allows fans and followers to request celebrities such as actors, sports stars and singers to record a personal message – that could be a birthday wish, a congratulations or simply a hello.

And Mayweather has got in on the act – but at a whopping £829.17 per clip for anything from motivational encouragement to boxing tips.

That is exactly twice as much as fellow boxing icon Iron Mike, who made an impressive comeback against Roy Jones Jr last month, who charges £415 when he is available.

In a video advertising his services, Mayweather said: "You know who this is – it's Floyd Mayweather.

"With my partners at Stardam Images and Cameo, you can have me customise messages.

"I'm the most expensive celebrity on Cameo and the first celebrity to go commercial with Stardam Images.

"There's only one thing left to do. You know what to do…"

According to TMZ, the American superstar also said he wants to be the "first celebrity to make $1million on Cameo".

So far the Money has one review – giving him a five-star rating – which simply read: "Thank you!"

Tyson, meanwhile, has 32 reviews at an average of 4.9 stars – but is currently not taking any extra requests due to the overwhelming demand for his videos.

One delighted fan wrote: "This went way beyond our highest expectations. We were seriously gob smacked! What an OMG genius moment!

"You knocked us out of the ring with this. Truly magnificent work. You killed it! We all loved it! Respect to you Mr Tyson!!"

Another said: "So thoughtful and very memorable. Thanks Mike for doing such an amazing job and adding special touches to each video!"

But the only negative review, receiving two stars, from a disgruntled user read: "Very short for the money charged."

Tyson battled his way past the likes of Frank Bruno and Tyrell Biggs as he tore through the heavyweight division during his career, finishing in 2005 with a record of 50-6 including 44 knockouts.

But in a dream world, the 'Baddest Man on the Planet' would have loved to face off with Mayweather in the ring.

When asked which fighter from any era he would take if he could, Tyson immediately responded: "Mayweather."

During the interview with ShoBox, he added: "Well, I would love to have fought him. I wish he was my weight."

Tyson previously claimed he would kick Mayweather's 'a**e' if they went toe to toe in a street fight.

And the 53-year-old, who infamously bit off Evander Holyfield's ear in the ring, insisted dirty tactics would be the way to beat Mayweather. 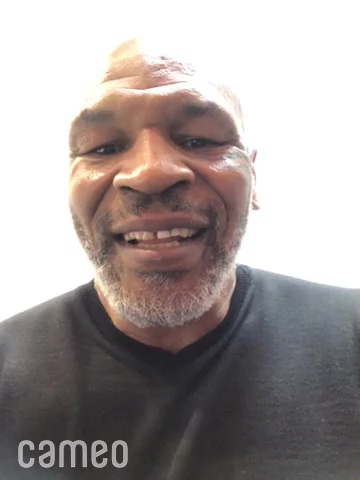