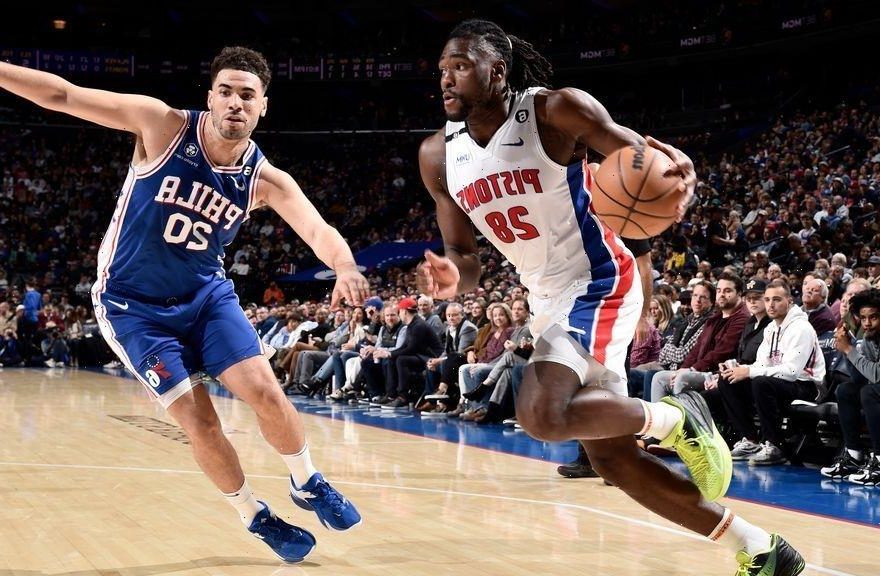 Puzzle Pieces: Sometimes all the trends come together in one spot and the opening lines for this Cavs/Jazz game happens to be one of them. This season, overs are 11-6 when Cleveland is favored by fewer than five points, 8-5 when Utah is an underdog by fewer than five points and 14-5-1 when Utah plays a game with a total between 222-232 (something they’ve done for roughly half of their games). Oh, and did I mention that over tickets have cashed in seven of the Cavs last 10 games?

Pace Of Play: Overs are 18-11 (including 9-3 over the past 12) in games that feature a double digit favorite that owns a below league average pace playing an above average team pace. Where the line lands will depend on the status of Joel Embiid, but as of this posting, the 76ers/Pistons game qualifies as such a spot.

Feeling The Heat: Miami is an impressive 8-3 ATS over their past 11 games with a spread of fewer than five points while Oklahoma City is 0-5 ATS in their five road games this season with a sub-5-point spread (extra credit: between those 11 Heat games and five Thunder games, unders are 11-5).

Big Spreads: There are a few big spreads on the board tonight, so it’s worth noting that totals are trending toward overs in those spots. After unders opened the season 11-7 (61.1%) in the first 18 games with double digit spreads, overs are 29-22-1 (56.9%) since

Beef Stew: Not only does Isaiah Stewart have one of the league’s best nicknames with the hilarious “Beef Stew” moniker, he’s one of the best values at the center position this evening given the Pistons won’t have rebounding force Jalen Duren in the lineup against the Sixers. Detroit has also ruled out Bojan Bogdanovic due to calf soreness, vaulting Saddiq Bey into a vital scoring role. Stewart is found at just $5,100 on DraftKings, while there’s still time to roster Killian Hayes (73% available in ESPN leagues) as an elite source of assist production. Hayes, after all, has slashed for 17.7 points, 8.7 assists, and three steals over the past week.

Jalen and Jalen: The Hornets won’t have Kelly Oubre Jr. in the lineup against the Raptors tonight. Gordon Hayward is listed as doubtful, which means another rewarding role for Jalen McDaniels (88% available in ESPN leagues). Jaden’s brother has averaged 14.7 points, 7.3 rebounds, and an awesome three combined steals and blocks during the last week in an elevated role for Charlotte. We also find Jalen Williams thriving for the Thunder, as the rookie is a free agent in more than 80% of ESPN leagues despite averaging 3.8 combined steals and blocks during the past week. Both of these underappreciated defensive options stand out as worthy additions ahead of this seven-game slate.

Game of the night

Breaking down the rest of the slate

Fantasy streamer: Markelle Fultz (rostered in 37.8% of ESPN leagues) Fultz delivered a 54-point fantasy game over the weekend at Golden State, thanks in part to six steals, and he has topped 25 fantasy points in 12 of 13 contests. Fultz should thrive again Tuesday at Portland and he really needs to be on more fantasy rosters. — Karabell

Best bet: Damian Lillard over 36.5 points + assists. Over the last five games, Lillard has averaged 26.6 points and 7.4 assists. Against a Magic team that ranks 21st in points allowed per 100 possessions, he should have success. — Moody

Best bet: Paolo Banchero over 20.5 points. Banchero only got 11 field goal attempts on Monday in a blowout loss to the Kings, which led to him scoring his fewest points in the calendar year with 17. In the four games prior, he had averaged 25.3 PPG on 20.3 FGA while going over 20.5 points in all four games. I look for him to bounce back on Tuesday against the Trail Blazers. — Snellings