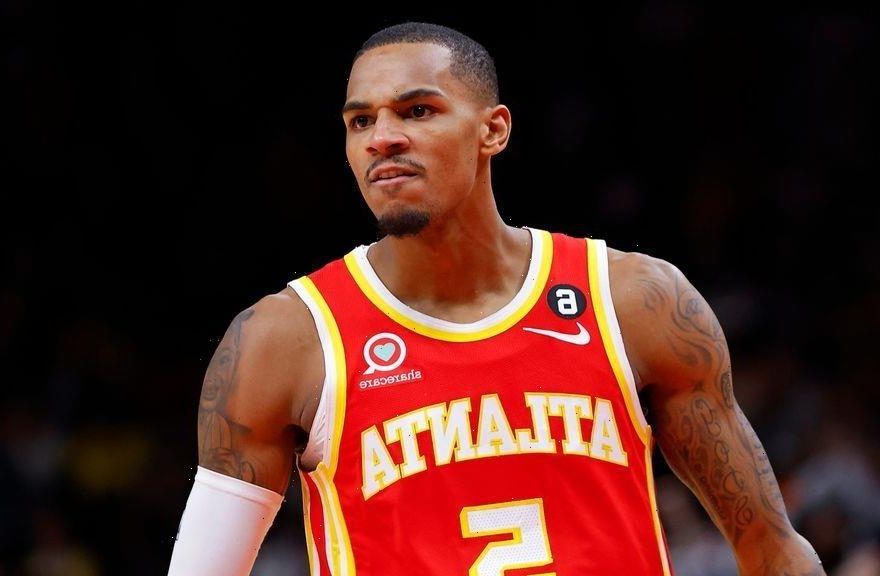 Covering Magic in Orlando: The Orlando Magic are 8-3 ATS this season when catching at least five points in front of their home crowd, including a cover (six point loss as an 8.5-point underdog) against this Boston Celtics team way back in October. If you’re a totals bettor, it’s worth noting that unders are 16-8 when the C’s play on the road (8-15 when they are at home).

Worrying about the Wolves: The Minnesota Timberwolves are 8-3 since the New Year and that’s great after a 16-21 start, but don’t confuse recent success for overachieving in terms of the spread: 2-6 ATS in their past eight games when favored by at least five points (four outright losses).

Back the road teams: High-scoring games are commonplace in this era of basketball, but when sportsbooks know it’s coming, they’ve underestimated the underdogs this season. Entering tonight, there have been 28 games with a projected total of at least 240 points … underdogs are 19-7-2 ATS (12-2-1 in the most recent 15).

Young Pivots: When evaluating our projection models for this evening’s seven-game slate, a series of young centers stand out as significant values. You likely already know that Utah Jazz rookie Walker Kessler (71% available in ESPN leagues) has been a rim-protecting force in recent weeks, but his draft peer Jalen Duren (88%) remains a bit underappreciated. The Detroit Pistons’ lottery pick just produced a double-double in Paris in just 18 minutes of action and could earn more minutes in tonight’s matchup with Brook Lopez and the Milwaukee Bucks. The top young pivot of the slate is likely the Houston Rockets’ Alperen Sengun, who faces a Minnesota Timberwolves club that he just posted 19 points, 16 boards, and seven dimes against over the weekend. All three players stand out as definable values for both redraft and DFS purposes.

Savvy Shooters: There are some gifted perimeter shooters positioned for big scoring performances on Monday. The Sacramento Kings’ Kevin Huerter (35% available in ESPN leagues), for instance, faces a Memphis Grizzlies team that he sank three 3-pointers against last week and it could prove rewarding to find multiple DFS paths to loading up on a game that has a slate-best total of 246 points. Desmond Bane is also a standout value given he’s just $7,200 on DraftKings and yet projected to deliver around 40 fantasy points with a ceiling well above that if his shot if really falling. On the cheaper side of things, both Malik Monk (90% available) and Malik Beasley (60%) could both loft over 10 3-pointers as microwaves in their respective rotations.

Fantasy streamer: Jalen Duren (rostered in 11.8% of ESPN leagues) Duren should return to the Pistons’ starting lineup with Isaiah Stewart already ruled out of Monday’s game due to left shoulder soreness. Duren has missed time with an ankle injury, but he played last Thursday against the Bulls and finished with 36 fantasy points. Pick him up if you need a center. — Eric Moody

Fantasy streamer: Grant Williams (rostered in 6.2% of ESPN leagues) Williams will play additional minutes if Robert Williams is ruled out against the Magic on Monday. Williams played a bigger role against the Raptors on Saturday night due to the absence of Jayson Tatum, Marcus Smart. He finished with 32 fantasy points. He has averaged 13.2 points, 6.8 rebounds, and 2.5 assists per 40 minutes this season. –– Moody

Fantasy streamer: Payton Pritchard (rostered in 0.4% of ESPN leagues) Pritchard is firmly on the streaming radar for fantasy managers in deeper formats with Smart and Malcolm Brogdon already ruled out. Pritchard finished with 25 fantasy points against the Raptors on Saturday. — Moody

Best bet: Derrick White over 21.5 points + assists + rebounds. There are a number of Celtics players ruled out, which bodes well for White. He has averaged 14.7 points, 4.9 assists, and 3.8 rebounds in games which he played 30 minutes or more this season. — Moody

Best bet: Jayson Tatum over 8.5 rebounds. Tatum has quietly become the primary rebounder for the Celtics this season, particularly when Robert Williams III doesn’t play. Tatum missed Saturday’s game, but in the five previous games he averaged 11.6 RPG while going over 8.5 rebounds in all five games. — Snellings

Fantasy streamer: De’Andre Hunter (rostered in 19.9% of ESPN leagues) Hunter is superb when he’s shooting well from the field. He has scored 35 or more fantasy points in his past two games. Hunter is a better fantasy option in points leagues instead of category formats. This season, the Bulls have allowed one of the highest effective field goal percentages to opponents. — Moody

Best bet: Nikola Vucevic over 29.5 points + rebounds. Vucevic has a very favorable matchup against a Hawks team that has struggled to contain opposing centers this season. In the last 10 games, he’s averaged 20.0 points and 13.6 rebounds. Vucevic is in a good spot to meet or surpass those per-game averages. — Moody

Best bet: Dejounte Murray over 21.5 points. Murray enters this game on a heater, averaging 28.0 PPG in his last five outings with at least 26 points scored in all five games. Meanwhile, he’s facing a Bulls defense that struggles against opposing shooting guards, allowing the fourth-most points to the position with 25.1 PPG allowed. — Snellings

Fantasy streamer: Kyle Anderson (rostered in 23.5% of ESPN leagues) finished with only 16 fantasy points against the Rockets on Saturday. It was disappointing because he had scored 50 or more in each of the previous three games. The Timberwolves will face the Rockets again on Monday night, and Anderson will look to bounce back. Anderson should be rostered in more leagues with Karl-Anthony Towns out indefinitely. — Moody

Fantasy streamer: Tari Eason (rostered in 4.4% of ESPN leagues) has scored 20 or more fantasy points in three of his last four games, including one with 40. Due to a sprained right ankle, Jabari Smith is questionable for Monday’s game against the Timberwolves. In deeper formats, Eason is a viable streamer. — Moody

Best bet: Anthony Edwards over 31.5 total points + assists. I watched the Timberwolves play this same Rockets team on Saturday, and they just couldn’t do anything to slow Edwards down. He got where he wanted on the court, he got the shots that he wanted, and he was knocking them down all day. I don’t expect him to make another eight 3-pointers, but he has the game to get to the rim and also create good looks for teammates even when he’s not in Steph Curry mode from behind the arc. Edwards has averaged 28.2 PPG and 4.8 APG in his last six outings, going over 31.5 combined points and assists in four of those six games. — Snellings

Best bet: Alperen Sengun over 17.5 total rebounds and assists. Sengun has averaged 11.2 RPG and 7.0 APG in his last six outings, with four double-digit rebound efforts and one double-digit assist effort in that span. He’s gone over 17.5 total rebounds and assists in four of those six games, including the 23 total (16 rebounds, 7 assists) he hung on this same Timberwolves team on Saturday. — Snellings

Fantasy streamer: Dennis Smith Jr. (rostered in 16.9% of ESPN leagues) Smith Jr. will remain a streamer for fantasy managers while LaMelo Ball is out. He has scored at least 18 fantasy points in two straight games and should have success against a Jazz team that ranks 26th in points allowed per 100 possessions. — Moody

Fantasy streamer: Walker Kessler (rostered in 29.0% of ESPN leagues) Kessler came back down to earth with only 12 fantasy points against the Nets on Friday. The rookie, however, scored 40 or more fantasy points in each of his previous four games. The Hornets have been dominated by centers all season, so Kessler is well-positioned for success. — Moody

Best bet: Mike Conley over 7.5 assists. Conley has done a great job dishing out assists to his teammates. He has recorded eight or more assists in three of his past four games. — Moody

Best bet: Lauri Markkanen over 26.5 points. Markkanen has averaged 30.1 PPG and 3.3 3PG in his last 12 games, showing that he can consistently dominate as a primary scorer at a level that he’s never reached before. He’s scored at least 28 points in eight of those nine games. Meanwhile, the Hornets rank in the bottom-five in the NBA in both points and 3-pointers allowed to opposing power forwards, showing they’re ill equipped to slow down what Markkanen likes to do. — Snellings

Ruled Out: Devin Vassell, Justise Winslow
Note: BPI numbers factored in players who are ruled out but assumes questionable players will play

Questionable: Chimezie Metu
Note: BPI numbers factored in players who are ruled out but assumes questionable players will play

Fantasy streamer: Tyus Jones (available in 87.7% of leagues) Jones is one of the best backup point guards in the league, and he’s played very well of late, averaging 13.2 PPG, 5.3 APG, 2.4 RPG, 2.3 3PG and 1.4 SPG in his past 12 outings. This will be the Grizzlies’ third game in the past four days, all on the road, and each of the previous two were hard-fought losses that came down to the wire. Ja Morant played more than his season average of minutes in both of the first two games, including 37 minutes on Sunday, so Jones could end up getting a bit more run on Monday. — Snellings

Best bet: Keegan Murray over 18.5 points + assists + rebounds. Murray has averaged 13.9 points, 1.3 assists, and 5.5 rebounds over his last 11 games and there’s a good chance he’ll succeed against a Grizzlies team that will focus on containing Domantas Sabonis and De’Aaron Fox. — Moody

Best bet: Desmond Bane over 21.5 points. Bane has averaged 21.7 PPG this season, but that’s with the nine games after his return from injury, in which he averaged “only” 16.7 PPG as he played himself back into shape. Bane averaged 28.0 PPG in the nine games before his injury (at least 24 points in seven of those nine games), and now that he’s getting his legs back under him. He’s averaged 23.6 PPG in his past five outings, with at least 24 points scored in four of the five games. — Snellings