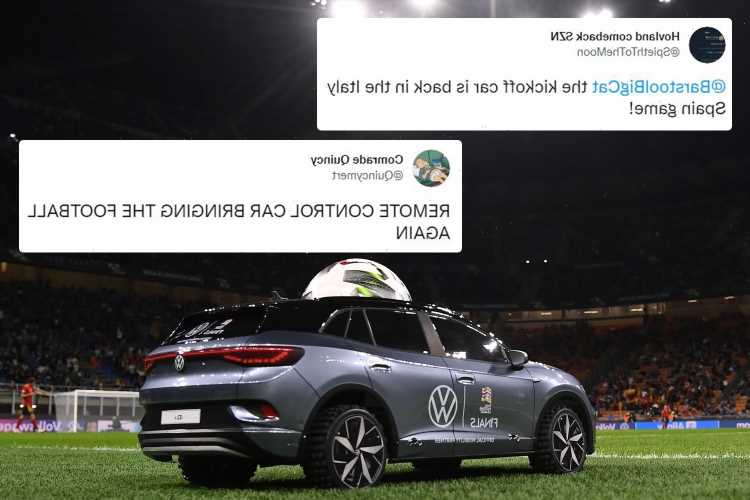 FANS revving up for Wednesday night's Nations League semi-final were thrilled to see the remote-controlled car return with the match ball.

Italy and Spain were treated to the buzzing entrance, just like they were for their Euro 2020 last-four clash three months ago. 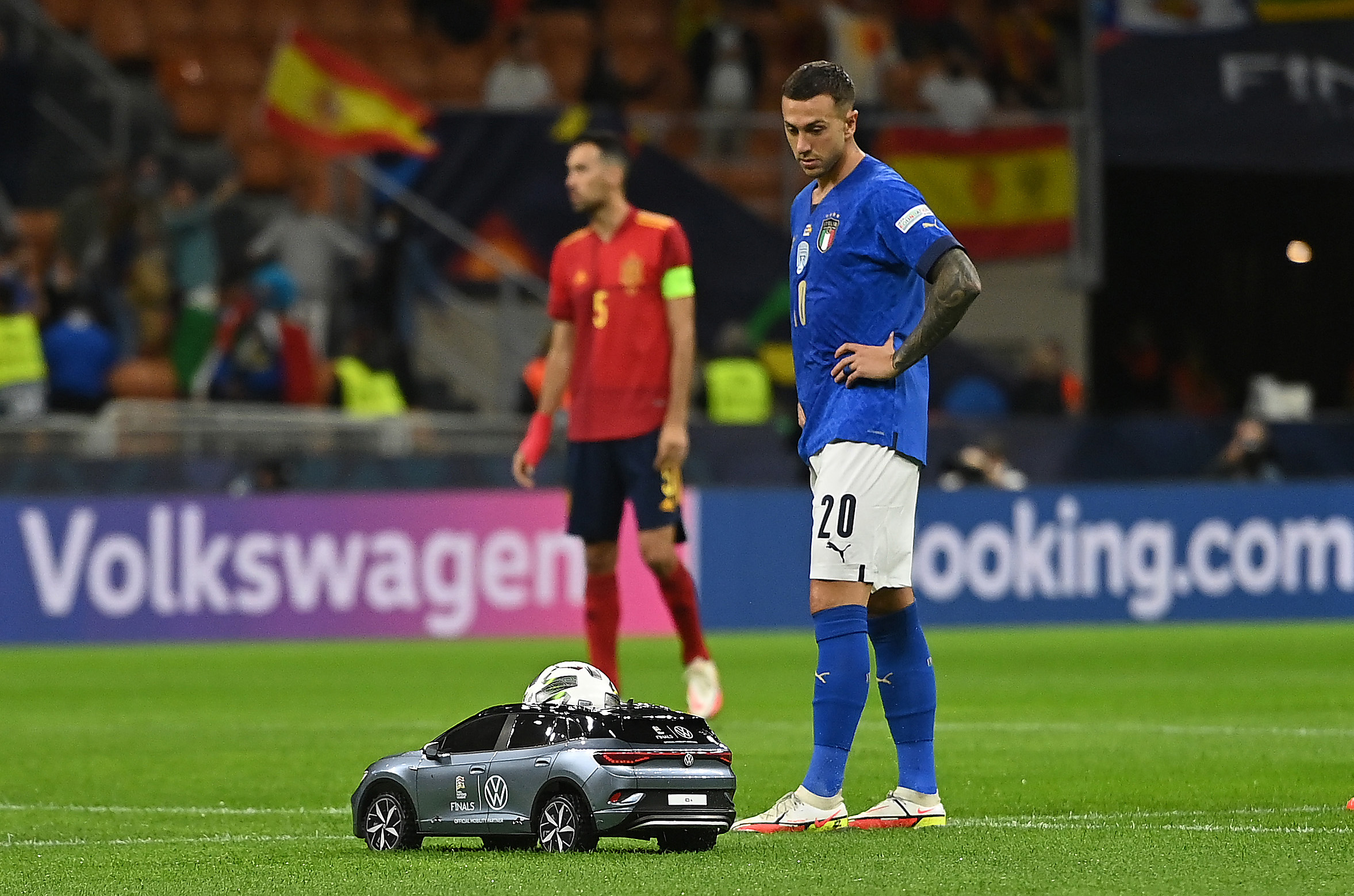 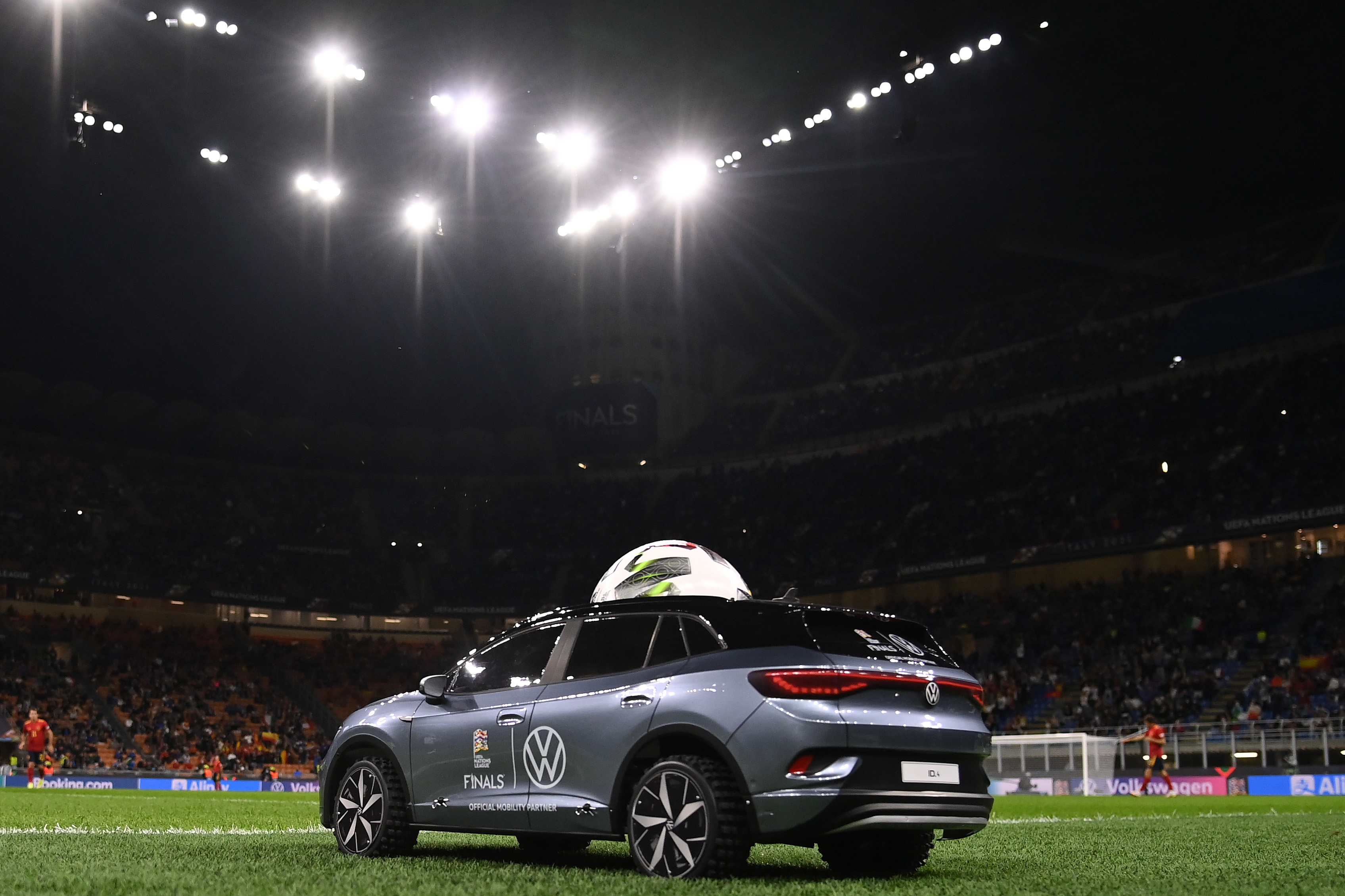 Social media was again thrilled – and baffled – as viewers never know when to gear up for the mini marvel.

The nippy knee-high courier made its debut when it brought out the ball for the Euro 2020 opener between the Azzurri and Turkey on June 11.

But there was little steer from authorities for its return on Thursday at the San Siro.

Excited comments on Twitter included: "YASSSSS THE REMOTE CONTROLLED CAR IS BACK."

Another fan posted: "I love the use of a remote-controlled toy car to bring the soccer ball to the center pitch.   "

Similar comments motored in, such as: "The kick-off car is back in the Italy Spain game!"

Eventual champions Italy went on to beat Spain 4-2 on penalties following a 1-1 draw in the Euro 2020 semi-finals in July.

But any fears the Spaniards had that the car would be a jinx seemed to go into REVERSE for Thursday's first half.

Manchester City winger Ferran Torres reached 12 goals in 21 games for Spain with neat finishes on 17 minutes and in time added on.

His first was for dissent and his second for catching Torres with an elbow as they both leapt for the ball.

All in all, a car-crash opening 45 minutes for Italy.