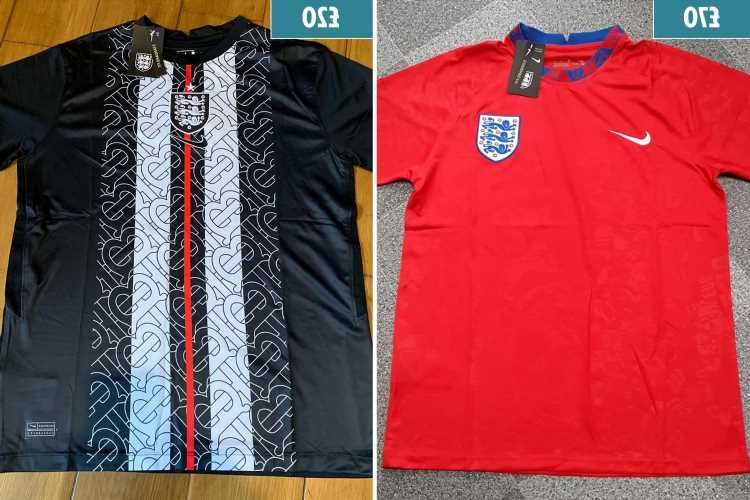 FAKE England shirts are in huge demand after fans flocked to save £50 by refusing to splash out for the official Three Lions gear.

Supporters have snatched up the £20 knock-offs since the start of Euro 2020 rather than fork out £69.95 for the official Nike tops. 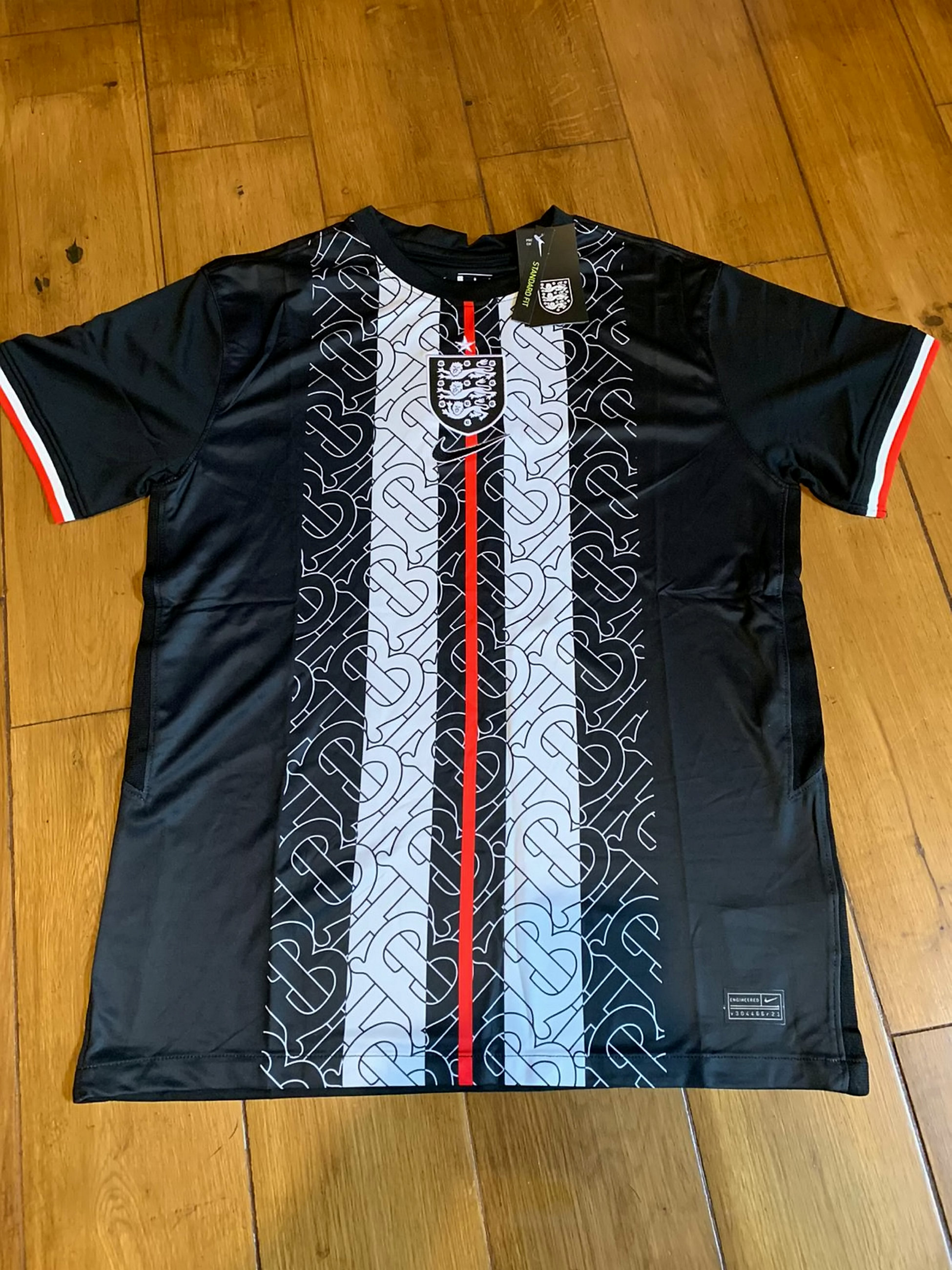 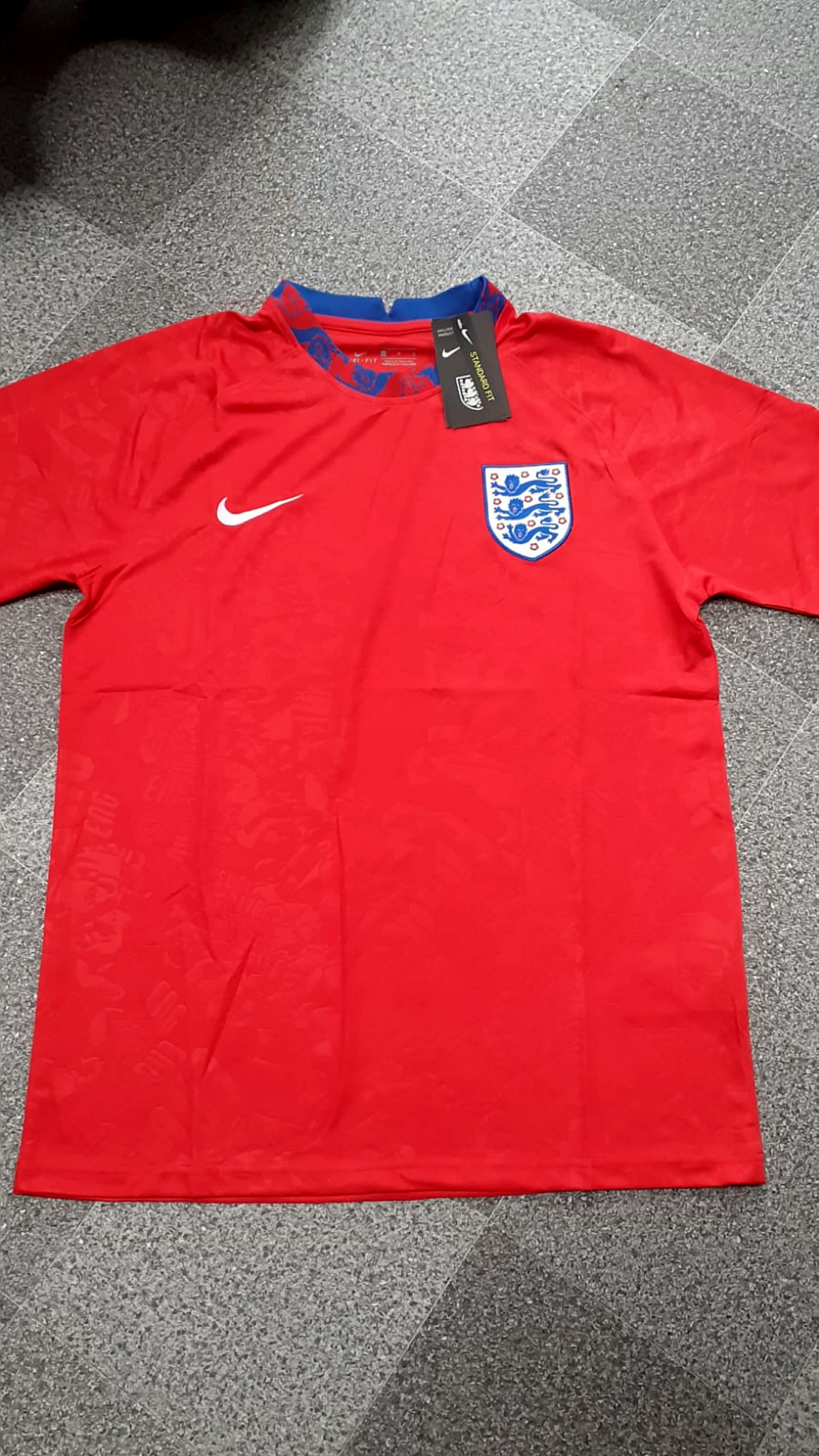 The Chinese-made jerseys have been popping up in market stalls and pubs across the country but are now in scarce supply.

Yet the English FA has condemned the counterfeit kits saying they are preventing money being invested in grassroots football.

But rapper Jimmy Davis, aka T8PES, who has recorded an unofficial England Euros anthem, defended fans who decided to buy the fakes.

He said: "What Nike and The F.A don't realise is there are two badges on the England shirt and the Nike one is the least important, it's all about the Three Lions.

"How can they justify selling a kit for £69 after the year we've all had. Football fans are not seen as fans anymore, merely customers.

"The game has been monetised in every which way possible and football is nothing but a business to these people.

"What gets me is that the kit used to be made by an English company which in some ways softened the blow, but now we're simply lining the pockets of a greedy faceless American corporation."

The FA meanwhile are attempting to clamp down on fake England merchandise.

The FA said: "We are proud to have such passionate fans who follow us across the globe and who wear the Three Lions badge with pride to show their support.

"Unfortunately, this loyalty is sometimes exploited by individuals and companies who unofficially use our name, image and marks to sell and promote their own products."

The FA added: "Firstly, if you intend to buy merchandise that is associated with the Football Association, please invest in official product.

"That way we can continue to invest and support football in this country."

"Secondly, if you are aware of any counterfeit Football Association merchandise, or activity, whether it be online or on markets or in retailers, please let us know so we can take action.

"We appreciate any information our fans provide and this will be treated in the strictest confidence."