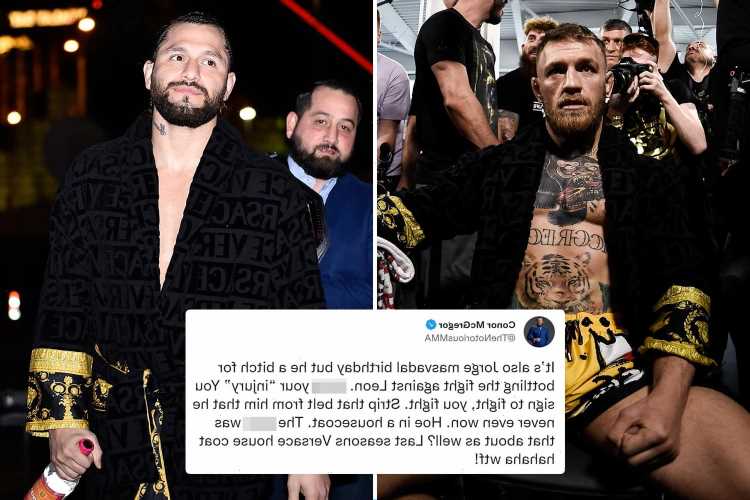 Masvidal, 36, pulled out with his UFC 269 bout against Leon Edwards with an undisclosed injury – something that has not gone down well with McGregor. 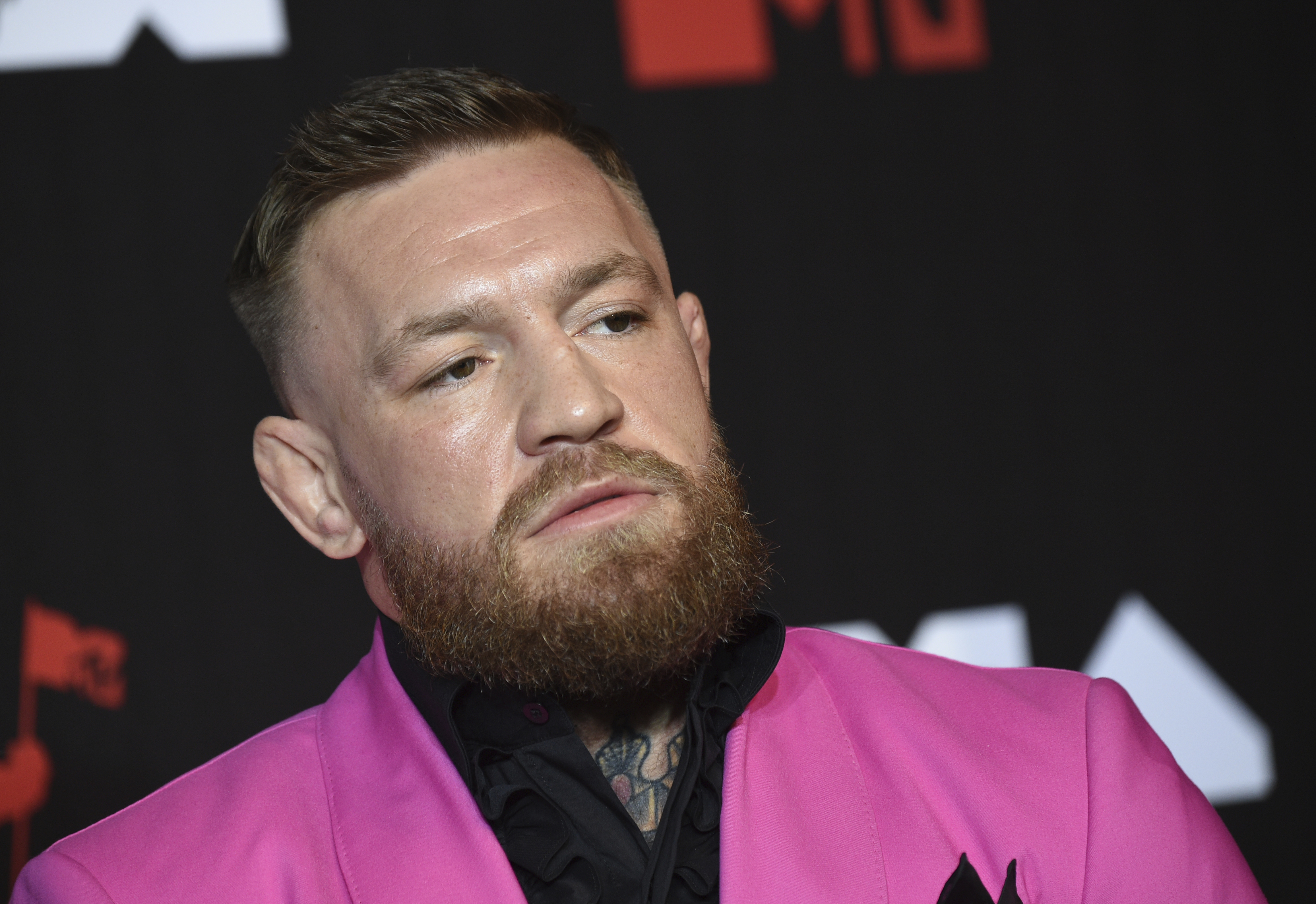 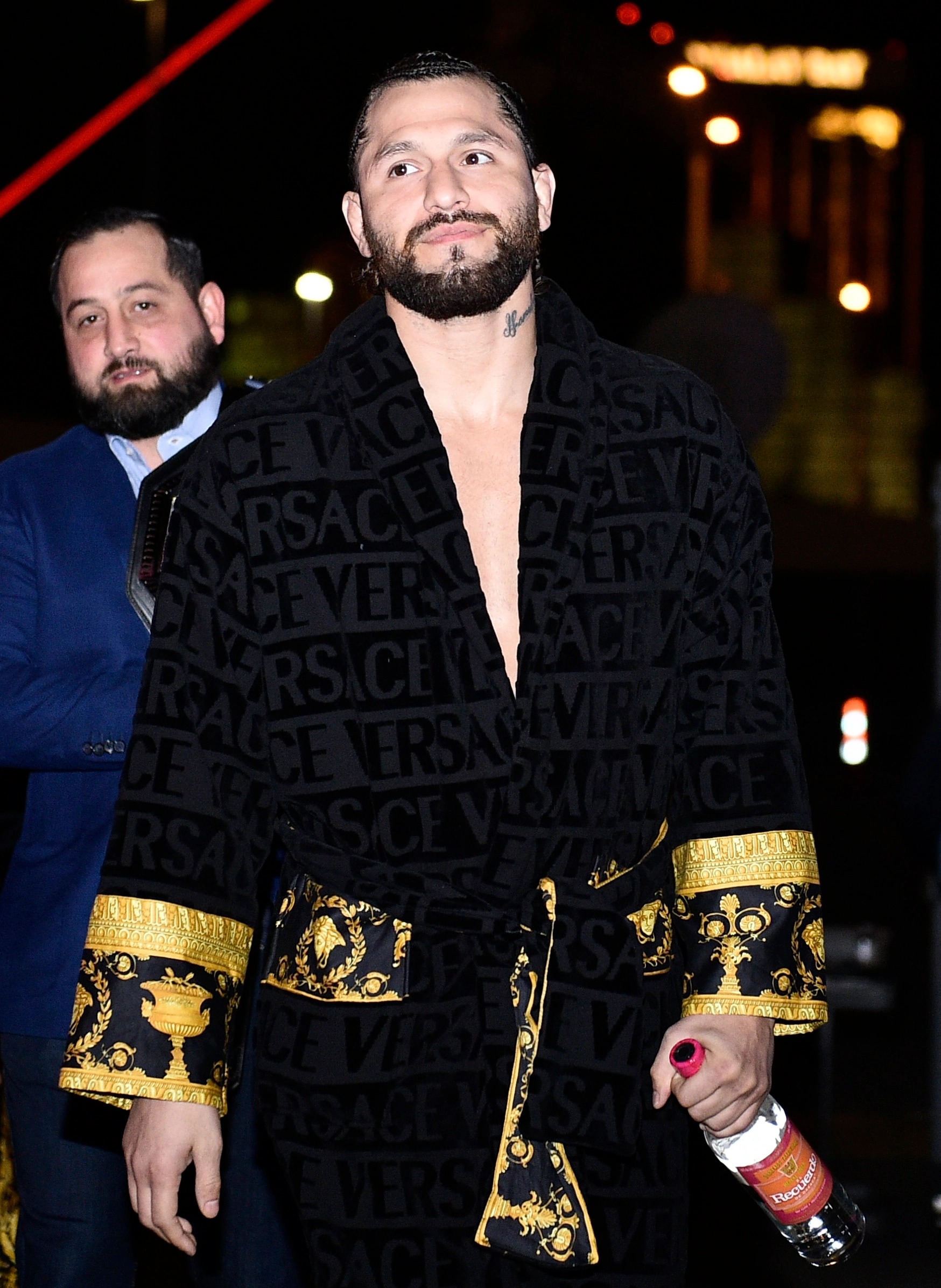 Irishman McGregor criticised Masvidal's decision not to fight, and also slammed him for wearing a Versace coat from last season.

The Notorious fumed on Twitter: "It’s also Jorge Masvidal's birthday but he is a b**** for bottling the fight against Leon. F*** your 'injury', you sign to fight, you fight.

"Strip that belt from him that he never even won. Hoe in a housecoat. The f*** was that about as well? Last season's Versace house coat!"

And Masvidal shot back on Twitter: "I guess you’re off your meds again barking up the wrong tree.

"And don’t be upset your client was about to be blessed with the biggest pay day of his life, and now you don’t get a dime from his whack a**.

"Too much man for you little guy, go back to fighting old dudes in bars."

Masvidal is the holder of the UFC's BMF (baddest mother f*****) belt after a controversial win over Nate Diaz at UFC 264.

And the Birmingham-based fighter thought the same.

Edwards has won nine out of his last ten fights

He called out Welterweight champ Kamaru Usman after Masvidal pulled out of the fight.

Upon the announcement that the fight was off, Edwards tweeted: "Disappointed but honestly I knew this fraud didn’t want to fight me anyway.

"He was just a stop off on the way to the title. The goal remains the same.

"Much needed family time now, Kamaru Usman, I will see you soon."