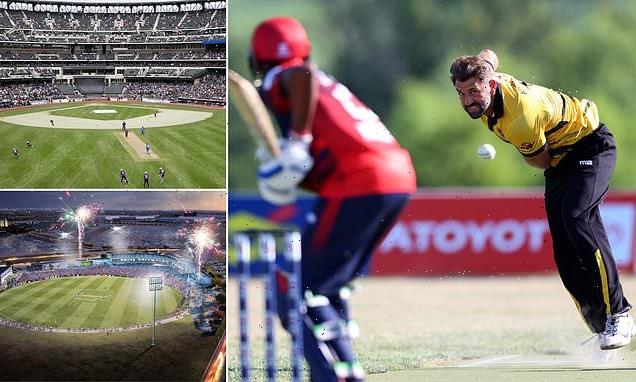 Liam Plunkett borrows a phrase from his adopted homeland to explain America’s approach to launching their first professional T20 league.

‘It’s go big or go home,’ the England World Cup winner tells Sportsmail over the phone from Philadelphia. ‘That is how they do stuff in America. And with the money that is behind this, it is going to be massive. I think it will explode.’

The competition Plunkett is referring to is Major League Cricket (MLC), which has secured more than £100million in funding from private investors including the bosses of tech giants Microsoft and Adobe. 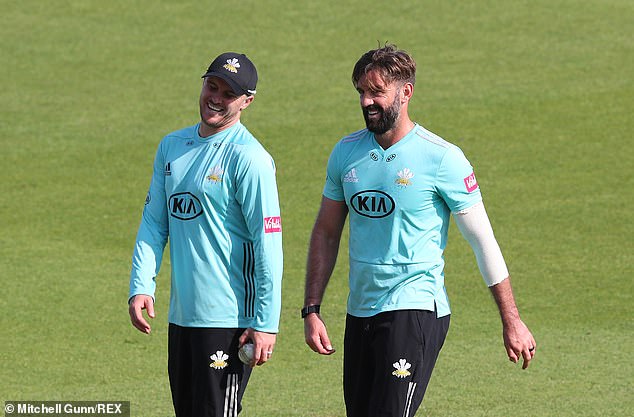 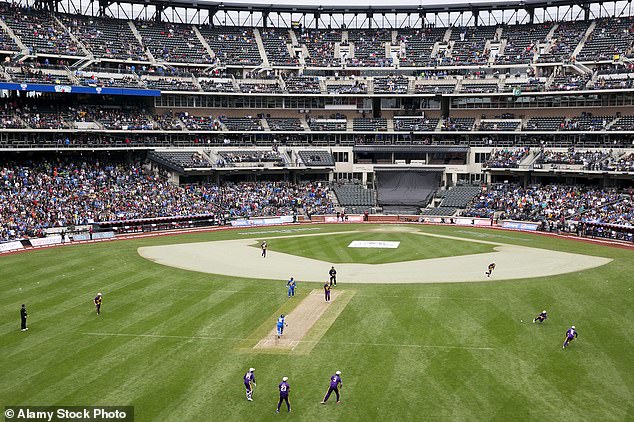 The Indian Premier League’s Kolkata Knight Riders have already acquired one of the six franchises, which will be based in Dallas, Los Angeles, New York, San Francisco, Seattle and Washington DC.

Plunkett believes the world’s best players, not least some of his ex-England team-mates, will want to be a part of the three-week league when it starts next summer, potentially pulling some big names away from the T20 Blast.

‘Americans want to watch the best and I think we can attract them,’ says Plunkett, who quit the English game last year to live in the States with his American wife, Emeleah.

‘I think they will definitely jump on board when they see how big it is. With how many people love cricket here and the way Americans put on a show, you will get packed-out crowds.

‘Hopefully you will get people like Jonny Bairstow, Andre Russell, all of these guys coming across to play. It is a lot of people’s dream to play sport in America.’

Of course, like with all of the world’s franchise leagues, money talks — and MLC’s player wages promise to be the best bar one.

Co-founder Sameer Mehta says: ‘We are quite hopeful that the best cricketers in the world will come and we will have very decent salary caps. They will be pretty much up there with any of the other leagues outside of the IPL. I expect this to be very attractive and the US is also an attractive destination. 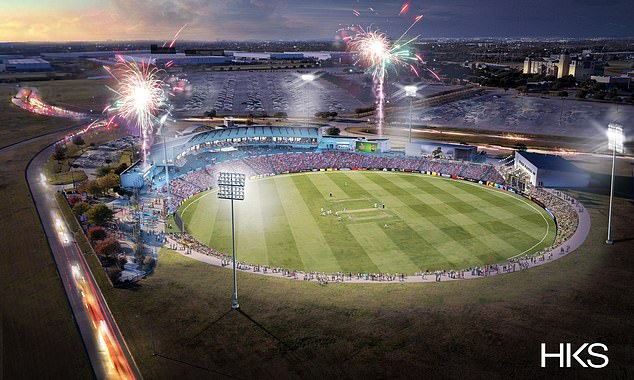 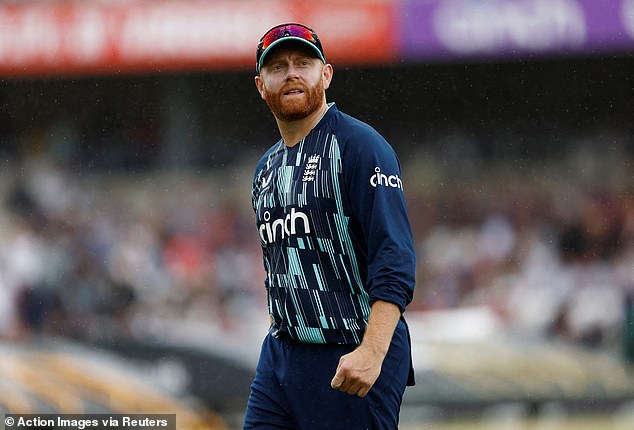 ‘June and July are the months we will be focusing on and we are lucky to not have too many clashes with international cricket or league cricket outside of England.’

Mehta knows the potential for cricket in the US better than anyone. Two decades ago, he launched Willow TV, a subscription sports channel devoted to airing overseas cricket events to fans in America, the majority being South Asian expats.

‘The US is already the fourth or fifth largest media market for cricket in the world,’ says Mehta.

‘From our broadcasting days, we know there are probably about 8million people in the US who know about cricket, about 4m fans who will bother to watch a cricket game and about 1.2m to 1.5m households that will actually pay good dollars for a cricket game.

‘These are decent numbers and that audience base is constantly growing through immigration and can easily double or triple if we build a successful product and present it well.

‘In terms of economics, we are gung-ho about doubling our audience base in the next five years. If we do that, we’ll be in the top three leagues in the world.’

In a previous attempt by cricket to conquer America in 2015, Shane Warne and Sachin Tendulkar captained teams of retired legends in a three-match exhibition series at baseball stadiums. 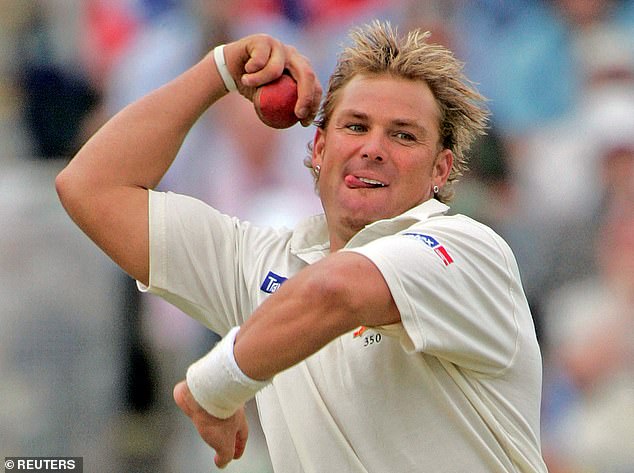 But MLC is building six cricket-specific venues to meet ICC requirements. The first will open in Grand Prairie, Dallas County next year and will be the main venue for MLC’s inaugural season with a permanent capacity of up to 9,000, increased to 12,000 with temporary seating.

‘The objective is for all six franchises to have a home venue by 2025,’ says Mehta. ‘We want to build something that has legs and stays for the long term.’

With that in mind, the T20 league itself is only one part of MLC’s overall strategy to grow the sport in the States, with major investment in training centres.

‘We are not here to do an exhibition series and make a quick buck,’ insists Tom Dunmore, MLC’s English-born vice president of marketing.

‘This is the most intentional and most expensive effort ever made to launch the sport in the US and to do it professionally at a world-class level. It is about building that whole pathway and future for the sport that can let it thrive 10 years from now.’

This is where Plunkett fits in. He is one of around 40 professional players who MLC have imported from overseas to coach young Americans and play in Minor League Cricket, the US T20 development league.

Other former internationals in the group include Corey Anderson of New Zealand, South African Dane Piedt, Pakistan’s Sami Aslam and Sri Lankan Shehan Jayasuriya. Some of those hope to play for the USA after completing their three-year residency period, but not Plunkett. 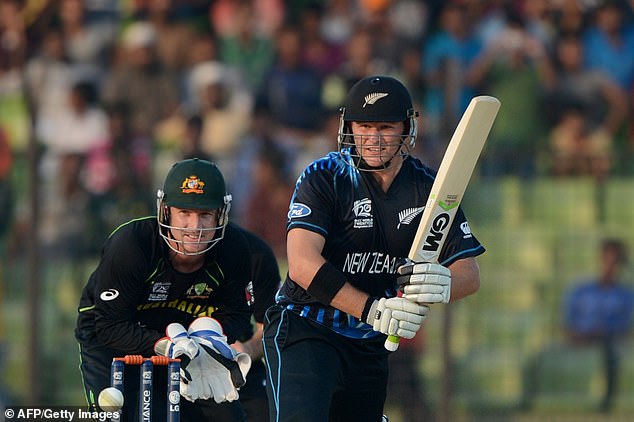 ‘Even if I qualified, you are looking at another two to three years down the line and I’m hoping that players are a lot better than me by then,’ says the 37-year-old. ‘If I’m still squeezing into the team at 40, we are not in a great space.’

Plunkett will play in MLC next summer, as well as continuing to turn out for the Philadelphians in the Minor League and helping develop the next generation.

‘I was surprised when I first came over how big cricket was here,’ admits the bowler, who played 89 ODIs for England and took three wickets in the 2019 World Cup final against New Zealand. ‘There is as much talent in the academies here as anywhere, but up until now it has not been a professional sport, so guys fade away and go and get other jobs.

‘Now there is a structure in place and the pathways are starting to open up. If you are a young guy, there is an opportunity to be a professional cricketer and represent your country.’

The ultimate aim is for the US to have a team good enough to compete regularly on the global stage.

The biggest tournament they have been part of so far was the 2004 Champions Trophy in England. However, they will play in the 2024 T20 World Cup as co-hosts with West Indies. Mehta adds: ‘The World Cup being here accelerates what we’re trying to do. We have a seriously good Under 19 team, based on efforts in the last two years, that will only keep getting better. In three to five years, we should have a very robust team that can easily play against full-member nations.

‘Right now, the players who play on the national team are probably at the level of a Scotland.

‘But with the talent pool out here, in a couple of years we will be competing with the Sri Lankas of this world. If we didn’t have that ambition, I don’t think I’d be able to attract a single investor.’

As well as the World Cup, the US could host another major cricket event in 2028, with organisers of the Los Angeles Olympics considering adding the sport to its programme. 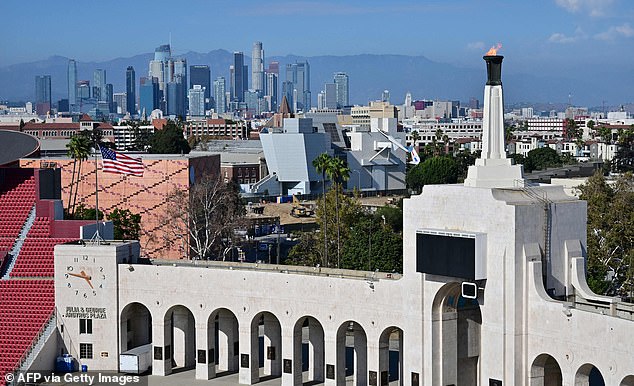 ‘There is a big push to get cricket included in the Olympics,’ says Mehta. ‘We have plans to build a venue in LA, which we hope goes some way to showing that this is viable for 2028.

‘It beggars belief if they don’t feel like this is the right thing to do.’

Whether it is included in the Olympics or not, MLC should at least finally secure cricket’s place on a packed US sports calendar.

‘Cricket is not going to overtake NFL, baseball or basketball here,’ adds Plunkett. ‘But America is that big, that highly populated, that there is space for it to be successful.

‘Every day you see improvements and you see it growing. To be a part of that is really exciting.’