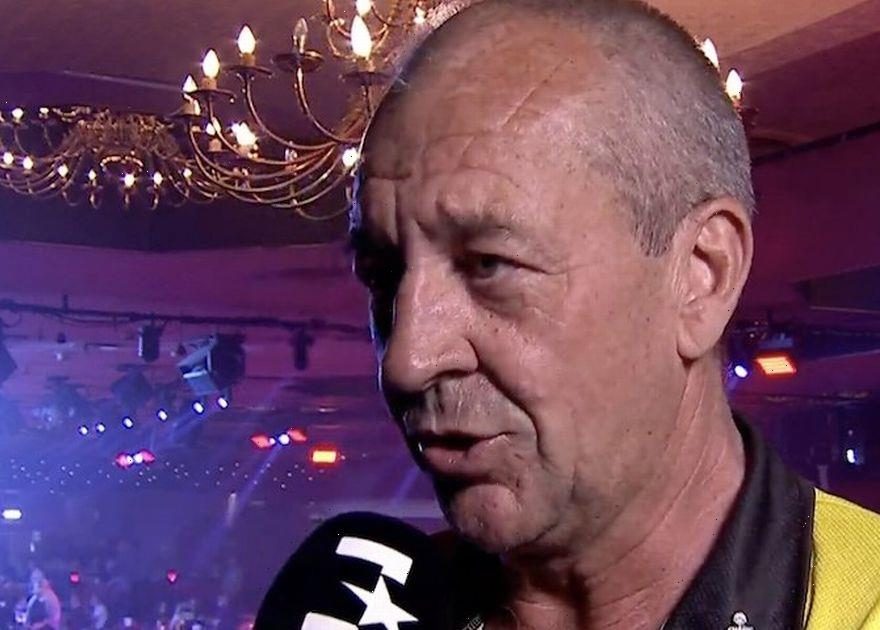 Don’t miss a thing! Sign up to the Daily Star’s newsletter

Former world champion Wayne Warren 'went backstage and slammed a pint' before coming from behind to beat Lee Shewan on Wednesday.

The Welsh darts player had trailed 2-0 against Shewan during their second round match at the WDF World Darts Championship before Warren emerged from the interval in inspired form.

Warren won the next three sets to come back from the brink of defeat and set up a last 16 meeting with 14th seed Cameron Menzies on Thursday at the Lakeside Country Club in Surrey.

Speaking to Eurosport after the match, Warren admitted: “I went in the back room and slammed a pint!”

He later joked that his win meant "another box of Budweiser gone" as he looked ahead to his third round match against Menzies.

Warren is the third seed for the tournament, which began on Saturday and will conclude this Sunday, having won the 2020 BDO World Darts Championship.

In doing so, he became the oldest winner of the competition, at the age of 57, and is also the final winner of the BDO World Darts Championship after the BDO went into liquidation in September 2020.

Who will win the 2020 WDF World Darts Championship? Let us know in the comments section below.

Warren since moved to playing in WDF events and is hoping to become a two-time world champion by winning the first-ever WDF World Darts Championship, which had been delayed by three months over fears of government Covid restrictions.

'Yank' is now just four wins away from doing just that and will be confident he can reach the final, with number one seed Brian Raman on the other side of the draw.

As a result of his status as a seeded player, Warren was given a bye through the first round before his comeback victory over Shewan on Wednesday night.

Victory over Menzies on Thursday will set up a quarter-final against either James Hurrell or qualifier Ryan de Vreede on Friday before the semi-finals a day later.