KYLE LAFFERTY paid an emotional tribute to his sister before breaking down in tears following Northern Ireland's Euro 2020 play-off defeat.

The former Rangers, Norwich and Sunderland striker bravely featured against Slovakia just a week after the death of his sibling Sonia. 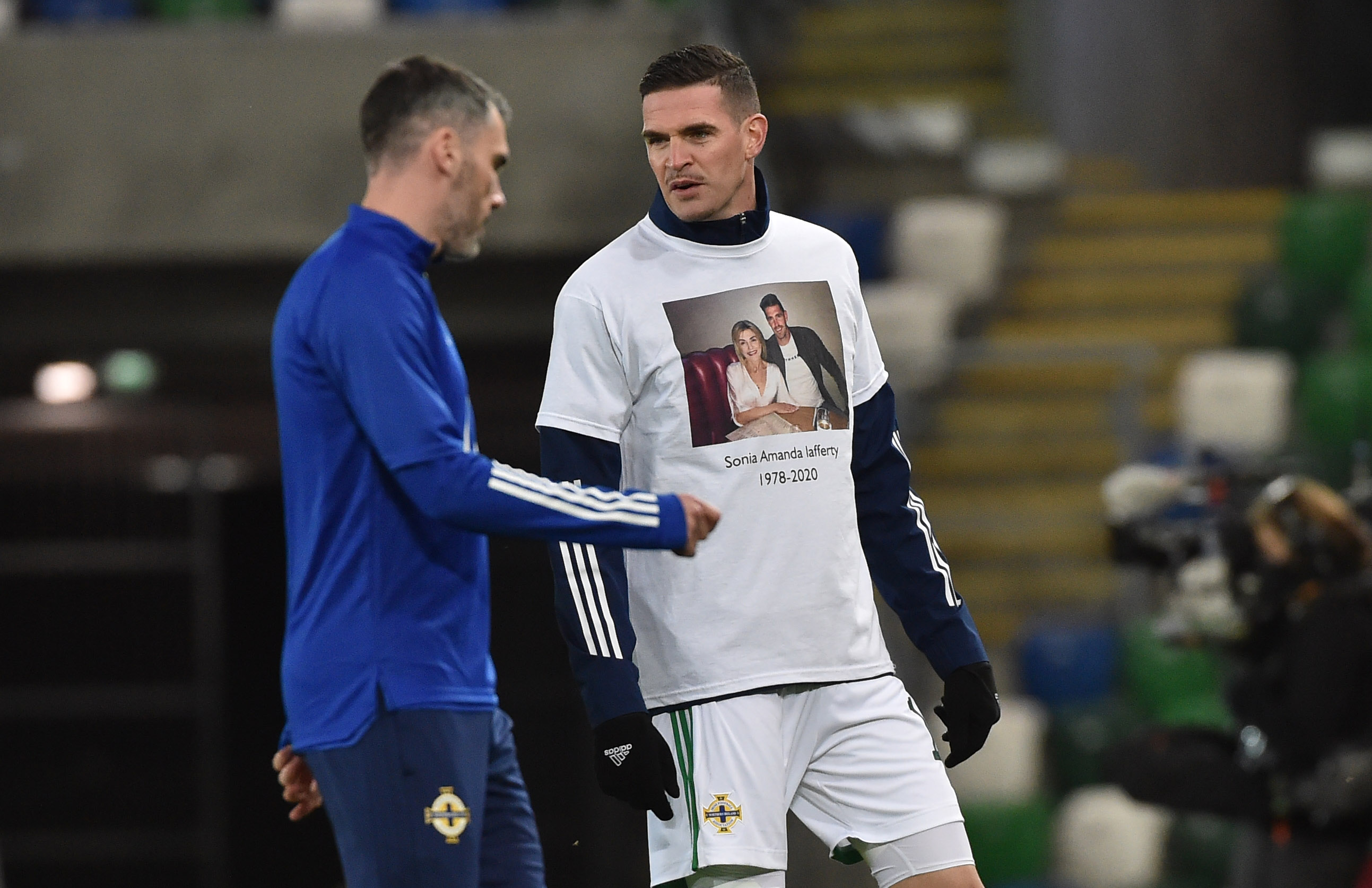 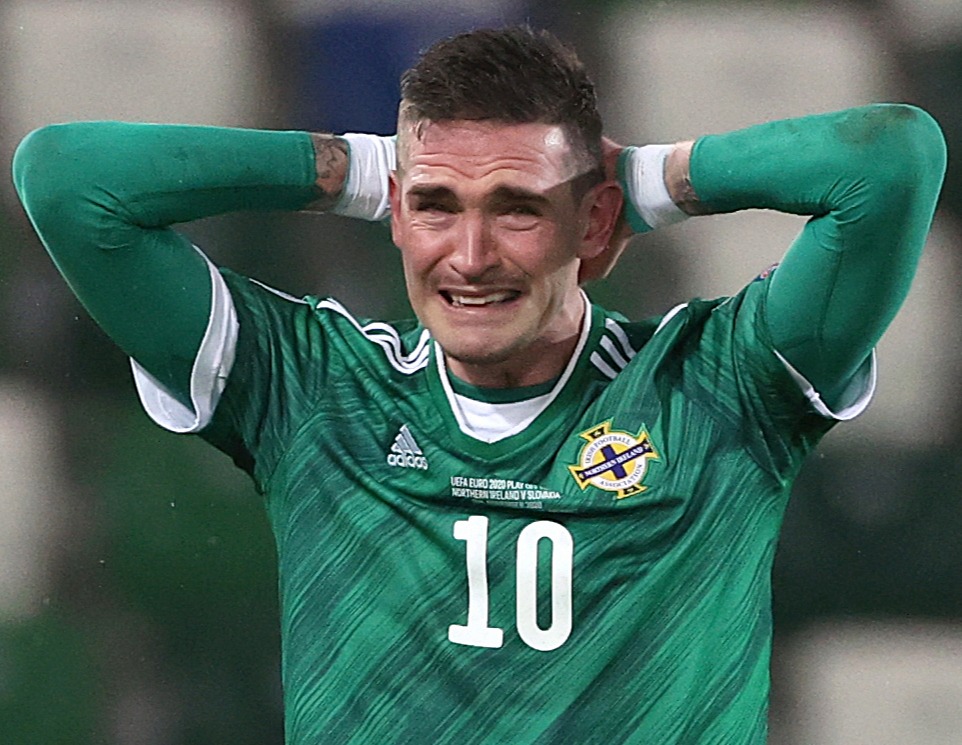 Lafferty wore a T-shirt featuring a picture of himself along with his sister with the words 'Sonia Amanda Lafferty 1978-2020'.

The 41-year-old passed away in Belfast Hospital after being in poor health for some time before her funeral was held on Saturday.

Juraj Kucka fired the away side into a lead at Windsor Park after just 17 minutes before a Milan Skriniar own-goal with just two minutes remaining sparked hope for Ian Baraclough's side.

However, Michael Duris netted the winner to send Slovakia to next summer's tournament in extra time, leading to heartbreak for Lafferty and his team-mates.

The Reggina forward broke down in tears following the result and had to be consoled by team-mates.

He said: "It sums itself up that Kyle is here. He is a big personality and a big character, and he is massive for us.

"Firstly, everyone here has supported him and we have rallied around him. Our thoughts right now are with Kyle and his family, and he is going through a difficult time. 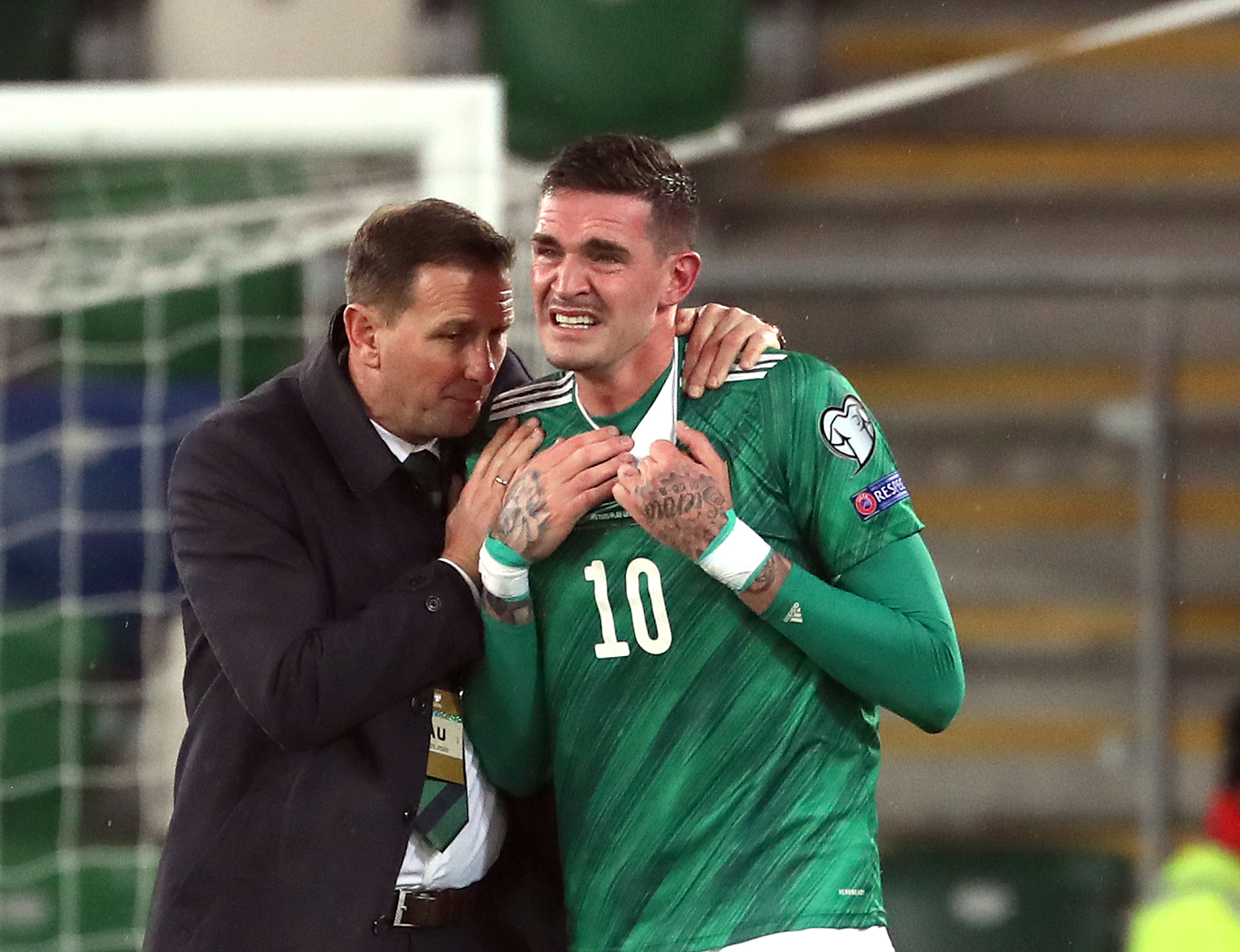 "I am pretty close with him so I know what he is going through, but we have a good squad here and we support each other and we will support Kyle going forward."

Northern Ireland boss Baraclough said: "It shows the magnitude of the guy who wants to do so well for his country.

"It was so tough for Kyle to make a decision to play for his country after such a sad loss, and his character is there for everyone to see.

"George Saville as well has had to deal with issues coming into the game, and Stuart Dallas might have done something to his arm but he just wouldn't give up."

Celtic striker Leigh Griffiths released a statement insisting he WASN'T mocking Lafferty over his sister's death when he liked a tweet showing a picture of the Northern Ireland star distraught.

Speaking earlier in the week, Lafferty insisted his sister would have wanted him to play.

He said: "On Thursday night it will be the biggest game for Northern Ireland in recent years, and many people might think or ask questions should I be here so soon after the loss of my best friend, but if I missed this game, then I would be letting Sonia down."

He added: “She was football-daft, and my biggest fan.

"I’m so happy she got to see me play for not only my dream club – Rangers – but also to wear the shirt of my country with pride every single time."