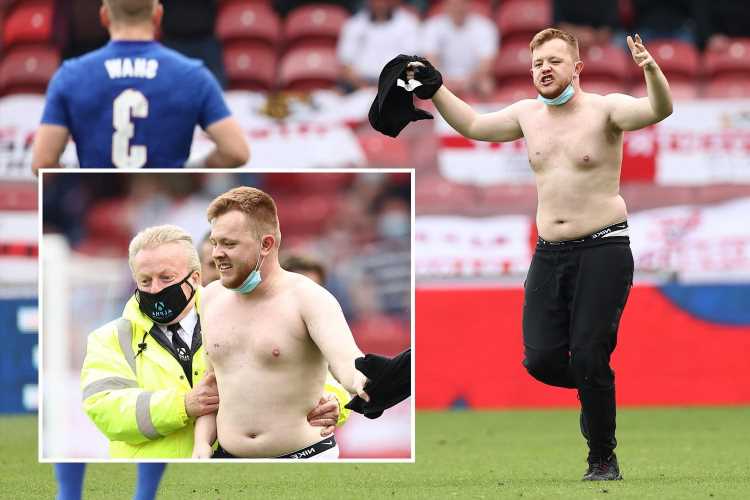 ENGLAND'S first half with Romania was halted after a topless pitch invader gave the fans something to cheer.

In an opening drab 45 minutes, viewers joked that the culprit provided the best entertainment of the match so far. 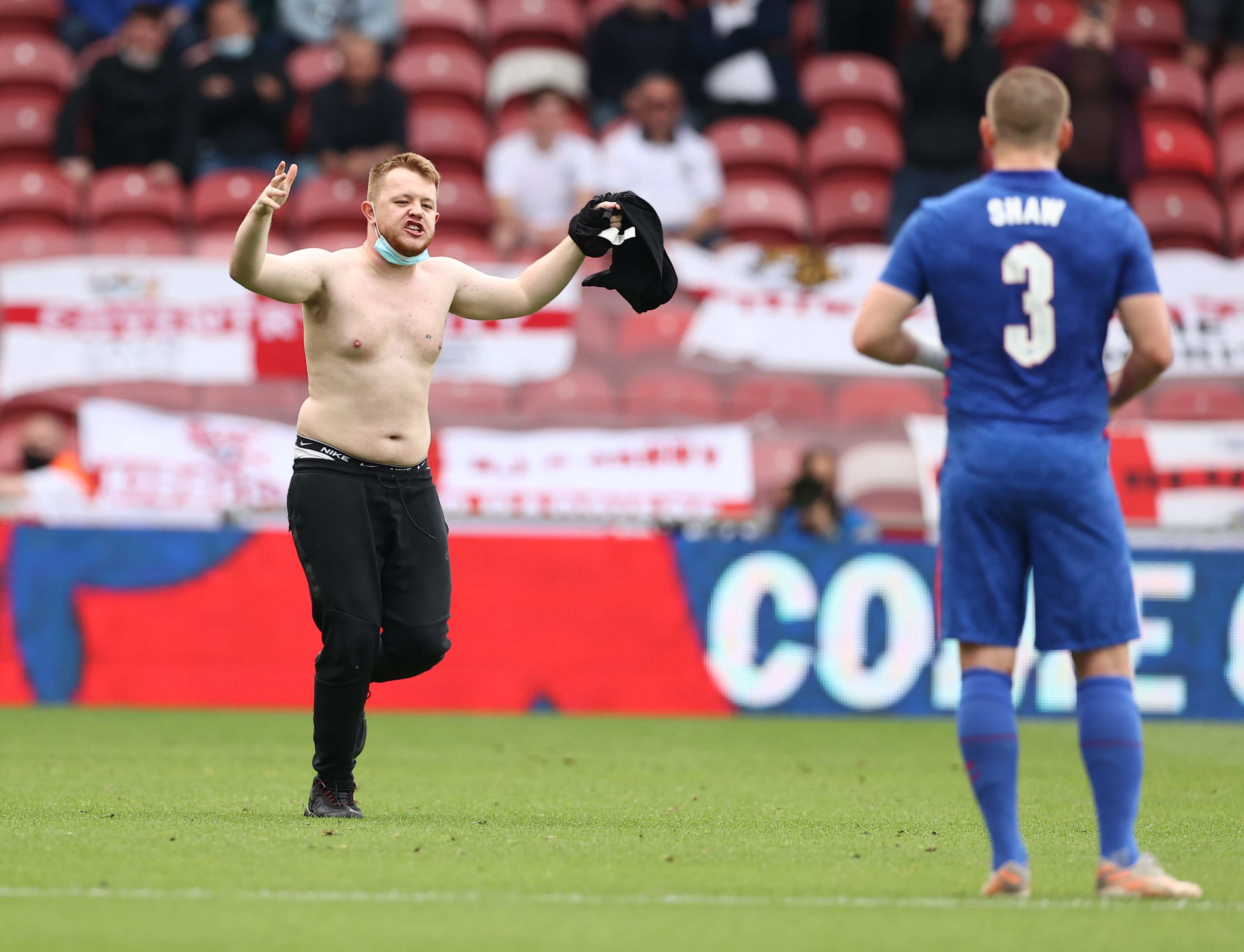 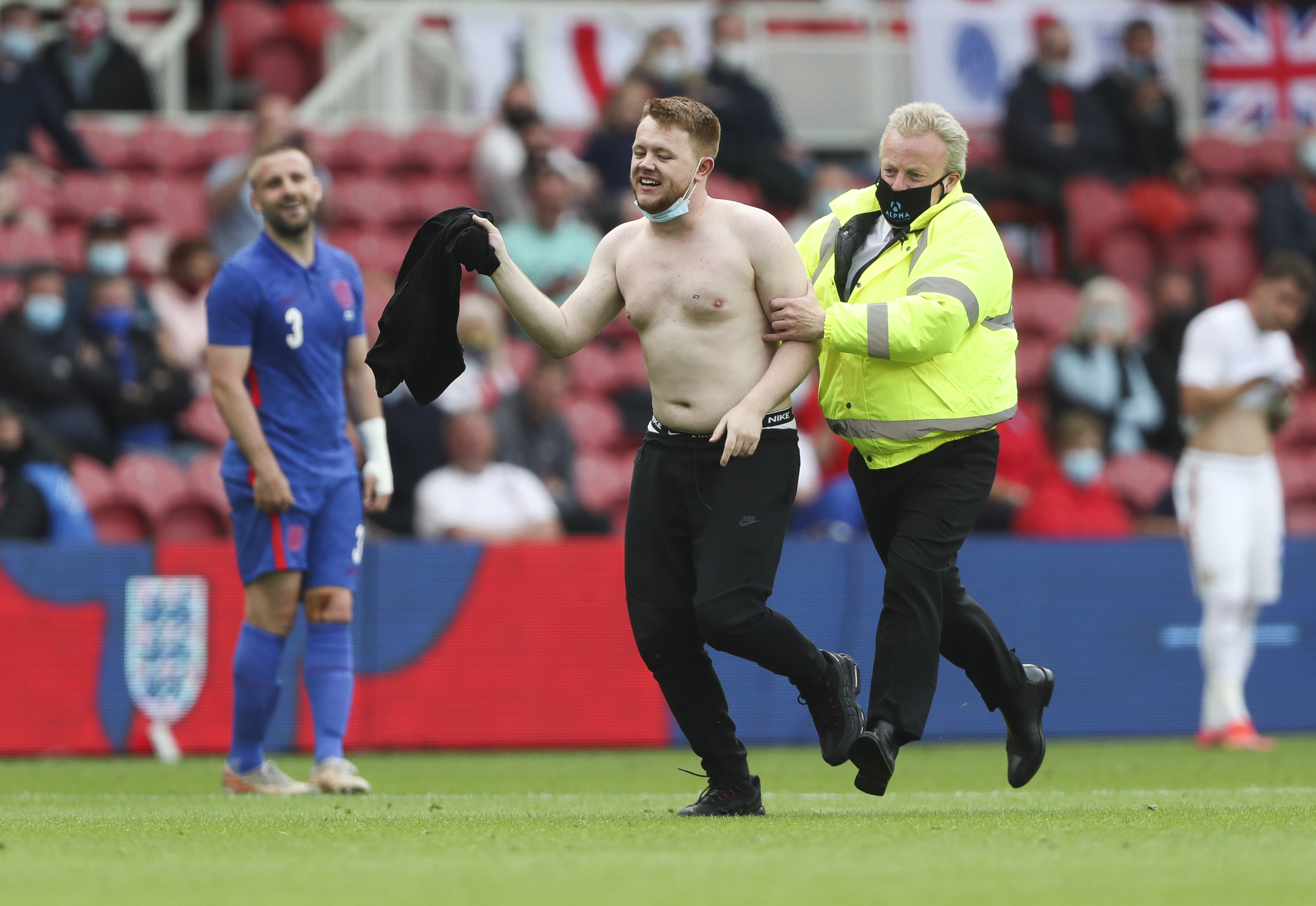 The man forced his way onto the field towards the end of the first period and was encouraged by those inside the Riverside Stadium.

With stewards chasing him down, the man ran for around 50-yards before he was eventually caught and escorted out.

Supporters, who had little to cheer up until that moment, greeted his arrival on the field with a rendition of 'you fat b******'.

ITV commentators were then forced to apologise to viewers watching at home for the language from fans.

Others flocked to social media to joke that they were finally entertained following a goalless half of football.

One said: "Best entertainment so far… an invader on the pitch."

Another added: "England v Romania first half notable moments: Pitch Invader. That is all." 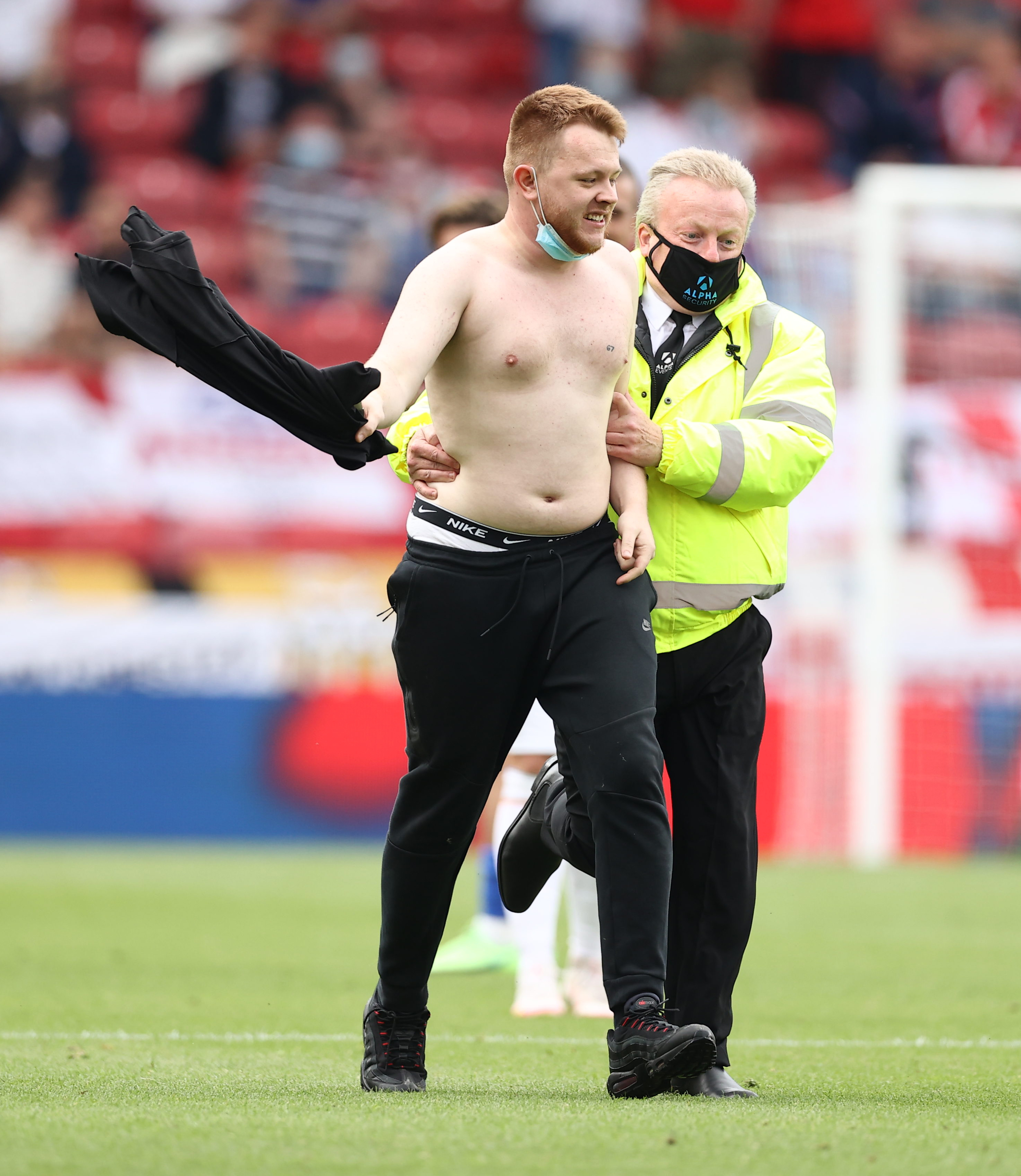 A third wrote: "Chanting 'you fat b******' at the pitch invader is top Sunday night entertainment on ITV isn't it though?"

Boss Gareth Southgate named a weakened side in England's final game before the Euros get underway next Friday.

They flattered to deceive in the first half but did rattle the bar twice through Dominic Calvert-Lewin and Jadon Sancho.