ENGLAND rugby captain Owen Farrell faces a lengthy ban after being sent off for a brutal head shot.

The Saracens fly-half thrust his left shoulder into the face of Wasps replacement Charlie Atkinson in a sickening second-half tackle. 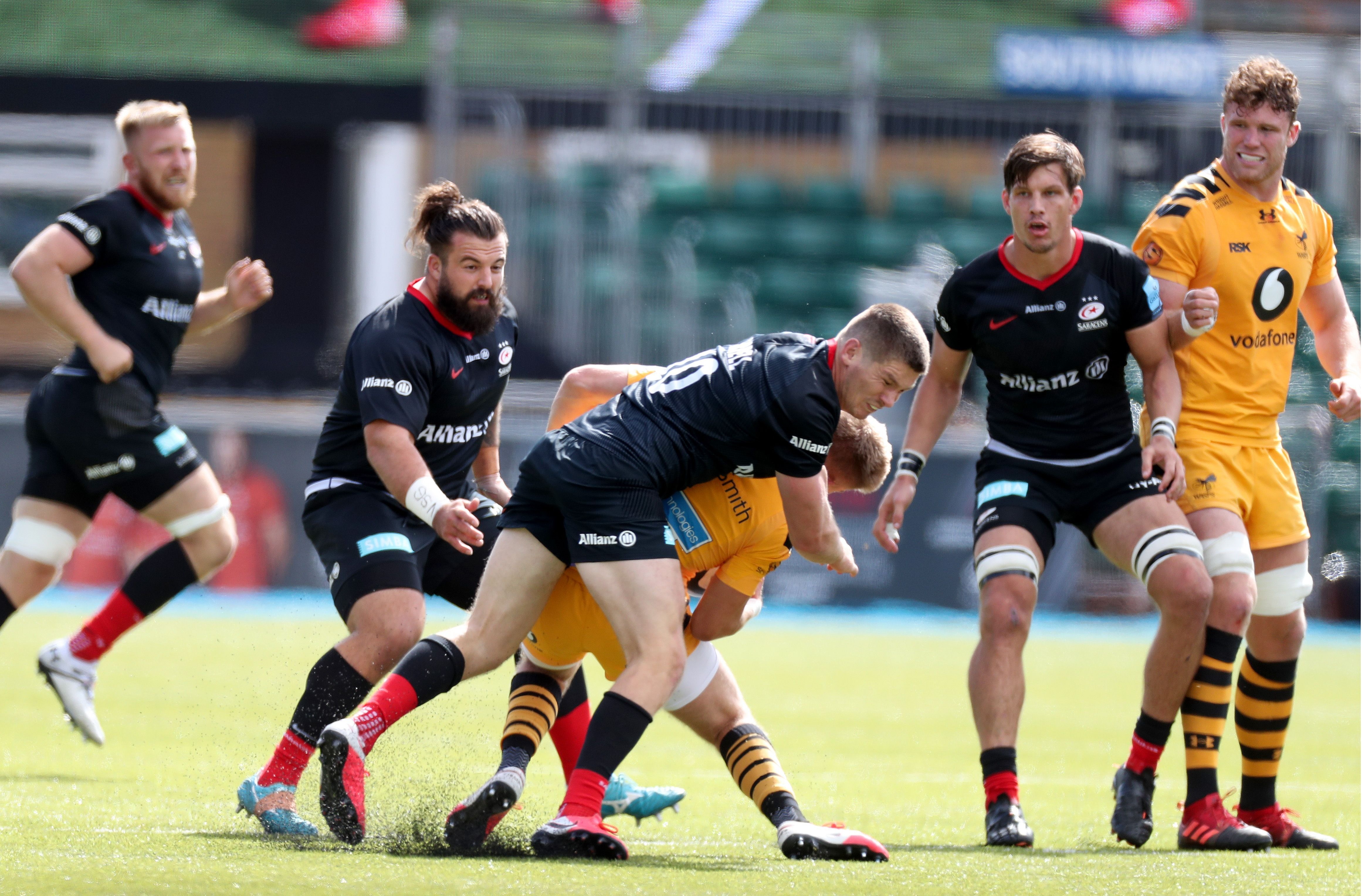 Referee Christophe Ridley had no hesitation in giving Farrell his marching orders as Atkinson lay stricken on the floor after the horrific high challenge.

Fortunately, Atkinson made it to his feet after receiving treatment but was subbed off and Sarries No10 Farrell shook his hand and apologised on the touchline.

The incident took place in the 61st minute with the game poised at 15-15, but Wasps took full advantage of the extra man to run out 28-18 winners away at Allianz Park.

Eddie Jones' star man's tackle technique has been a source of controversy for some time and former Red Rose skipper Lawrence Dallaglio could find no defence for Farrell's ill-discipline. 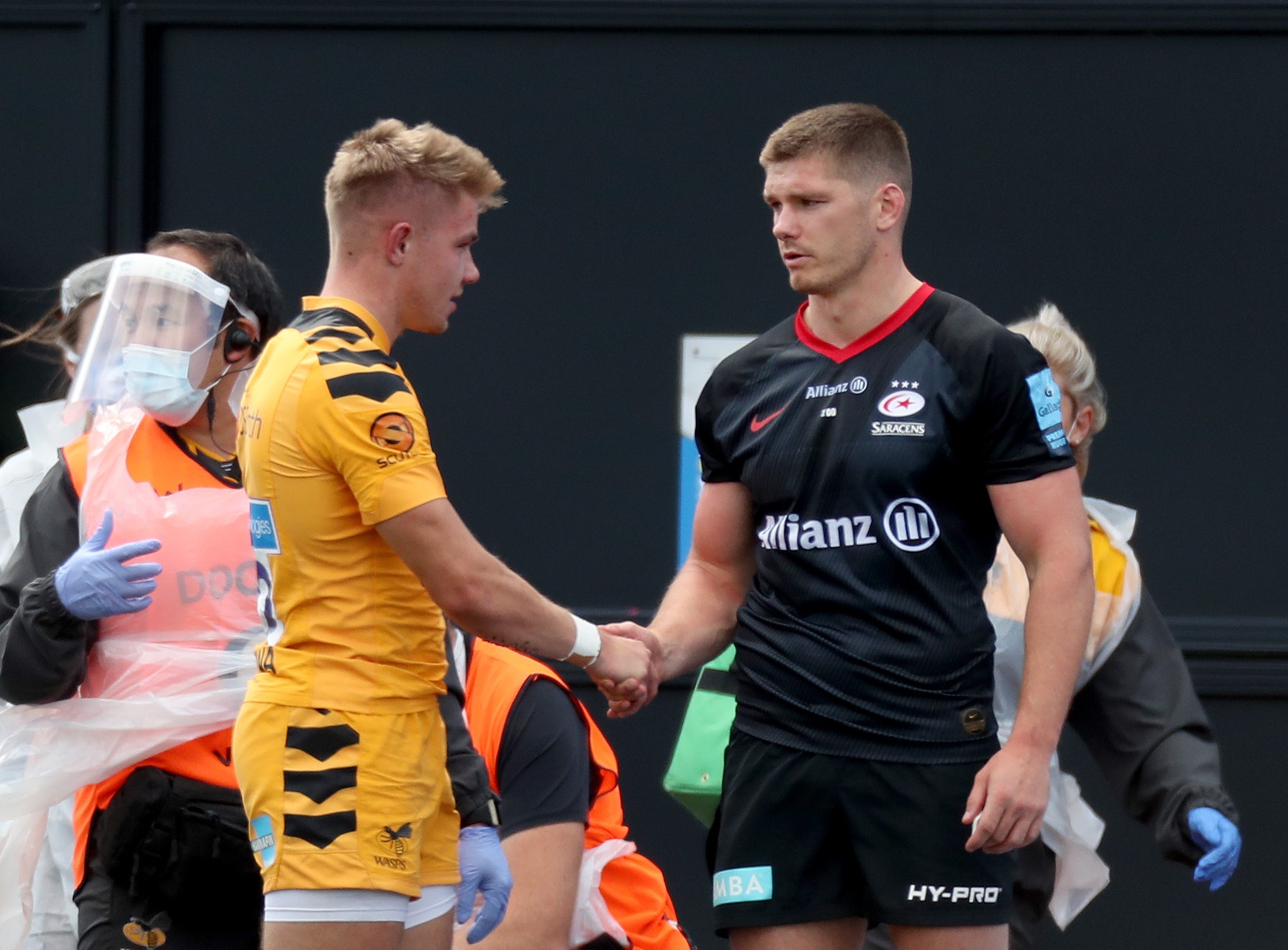 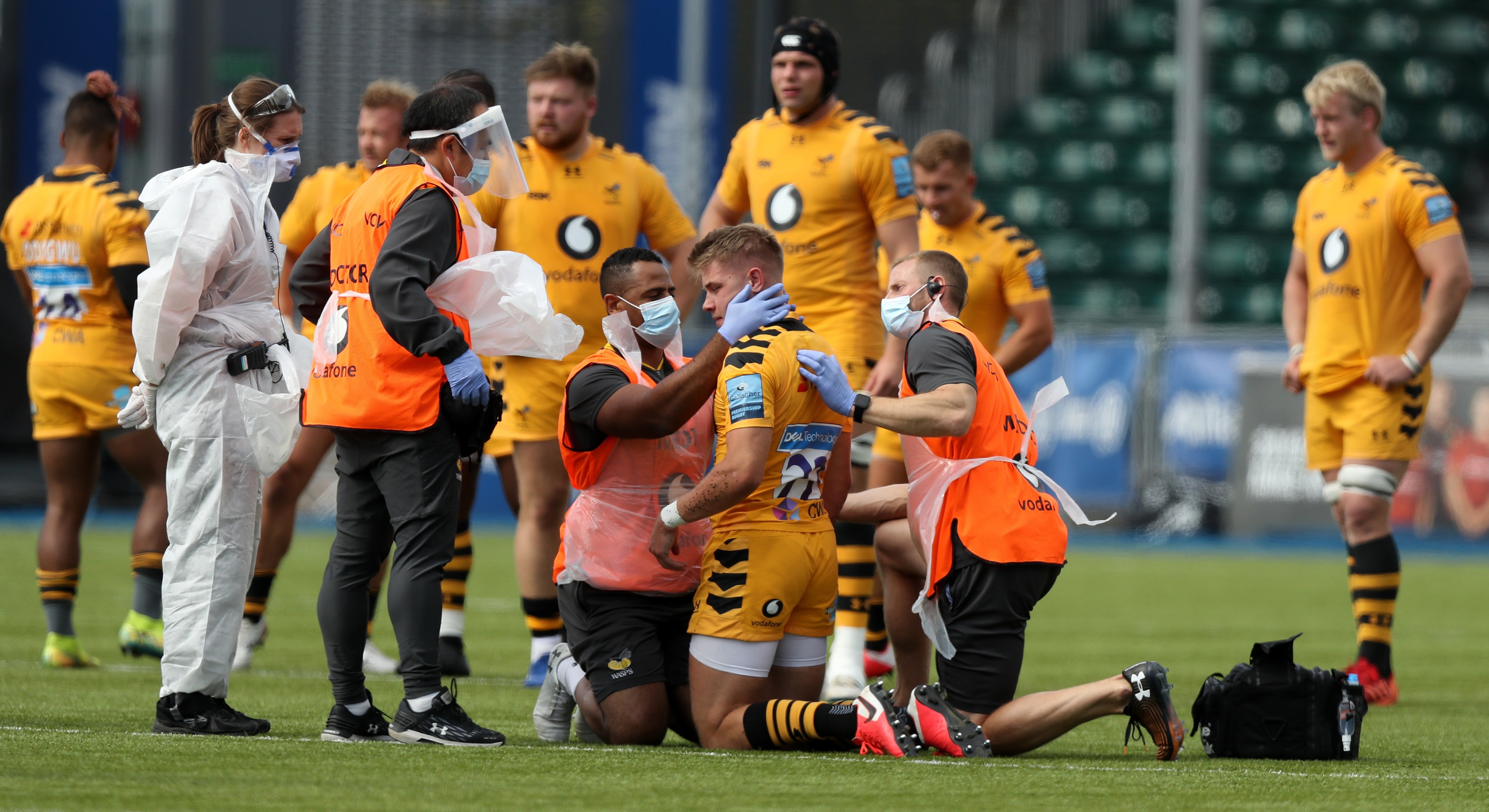 Dallaglio told BT Sport: "It's a really bad one I can't defend that.

"We know Owen plays hard, he plays on the edge but that is bad and he will get a lengthy ban.

"And there's a lot of people on social media who will say well that's karma.

"We know it has been a problem with Owen – in terms of his tackle height – and he is going to really struggle.

"He has walloped him high.

"He knows he has completely mistimed that, I'm not quite sure what exactly he is aiming for there.

"He's hooked him round the neck and that is bad news for Saracens with the Champions Cup quarter-final in two weeks time – he is going to miss that.

"And I suspect he'll miss quite a lot of the remainder of this season for sure and possibly even the Nations Cup too."

Fans did not hold back as they laid into Farrell's shocking hit on social media.

One tweeted: "Owen Farrell is an absolute danger to every other professional rugby player."

Another added: "Farrell proving once again he's an absolute thug.

"What a shining example the England captain is.

"Hope he gets whats he deserves, a good long ban, but he won't learn from it, he never has before."

After the salary cap scandal Saracens have nothing to play for in the Premiership with relegation already confirmed.

And all attention is on their Champions Cup quarter-final against high-flying Leinster on September 19.

But they are set to have to do without one of the biggest names in rugby union with Farrell likely to cop a hefty ban from the judiciary panel.

When England finally return to international action this Autumn they are set to be deprived of their talisman.

RFU bosses hope to welcome 20,000 socially distanced fans to Twickenham for a game against the Barbarians on October 25.

And just six days later England are due to finally finish their Six Nations campaign away in Italy. 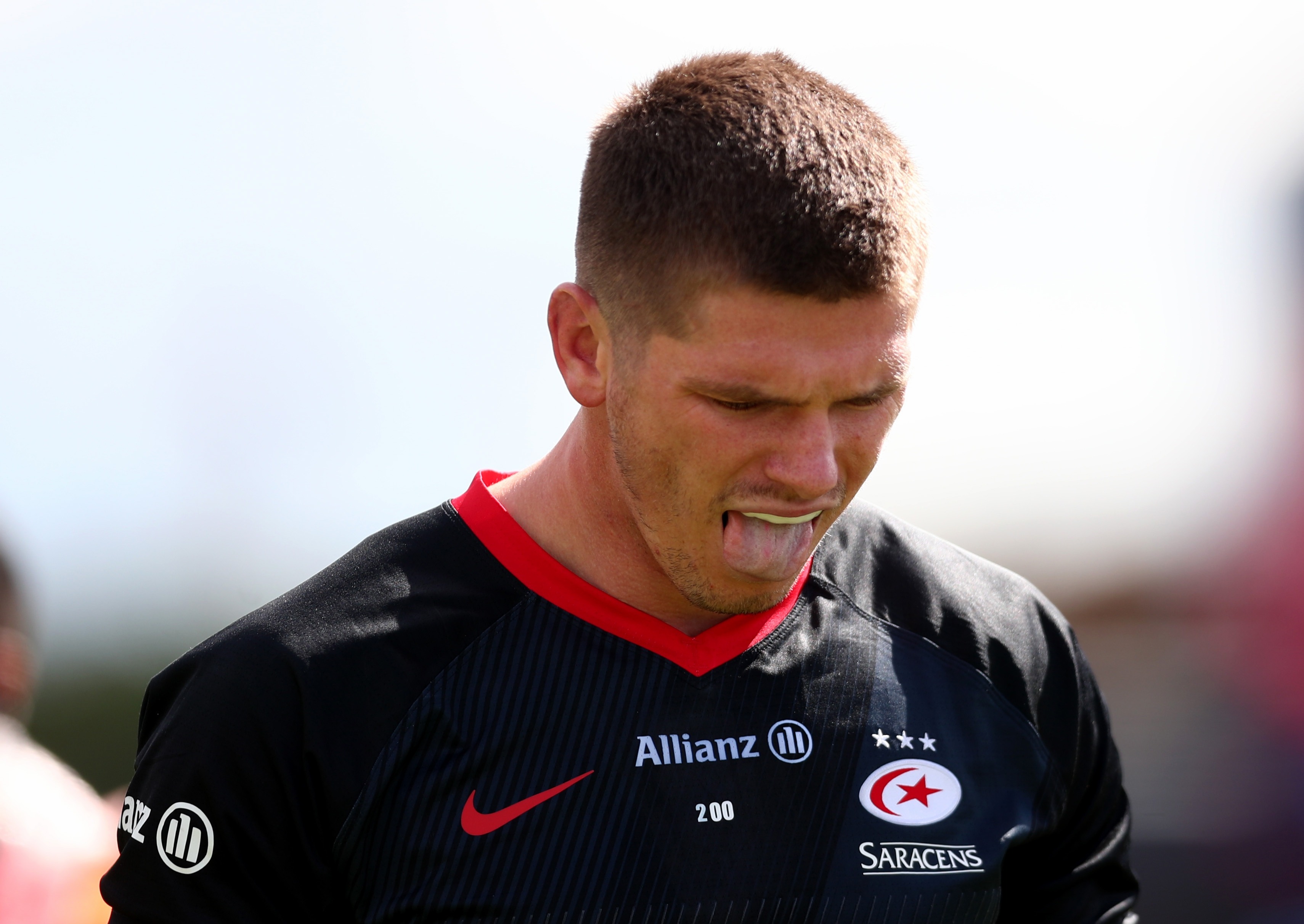 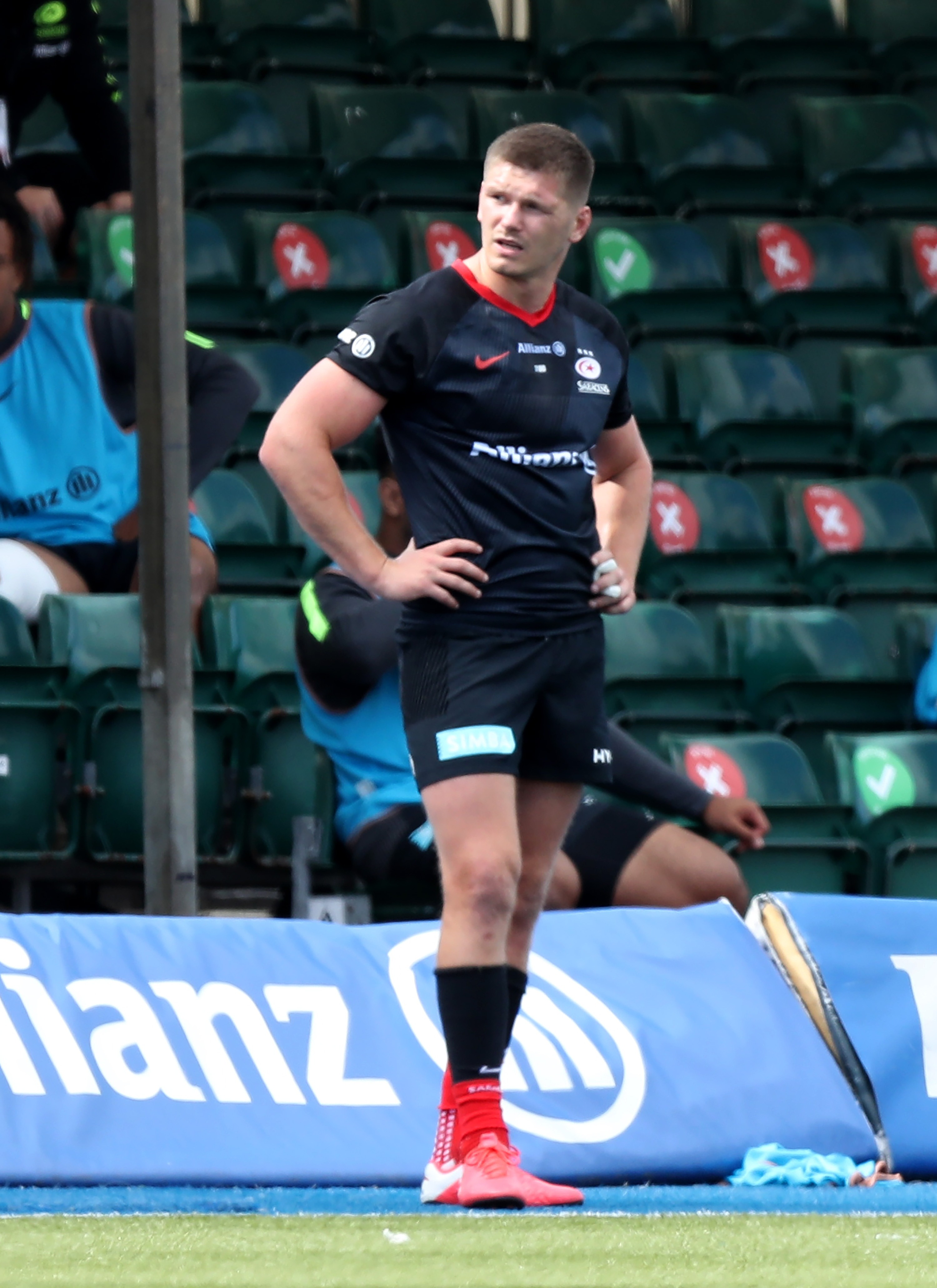