DUTCH footballer Jordie van der Laan has been sacked by his club after being caught on TV watching Ajax's Champions League semi-final clash with Tottenham Hotspur – while taking a sickie.

Signed to second-tier Telstar, the player told his club he was sick because he didn't believe they would sanction a trip to watch his beloved Ajax. 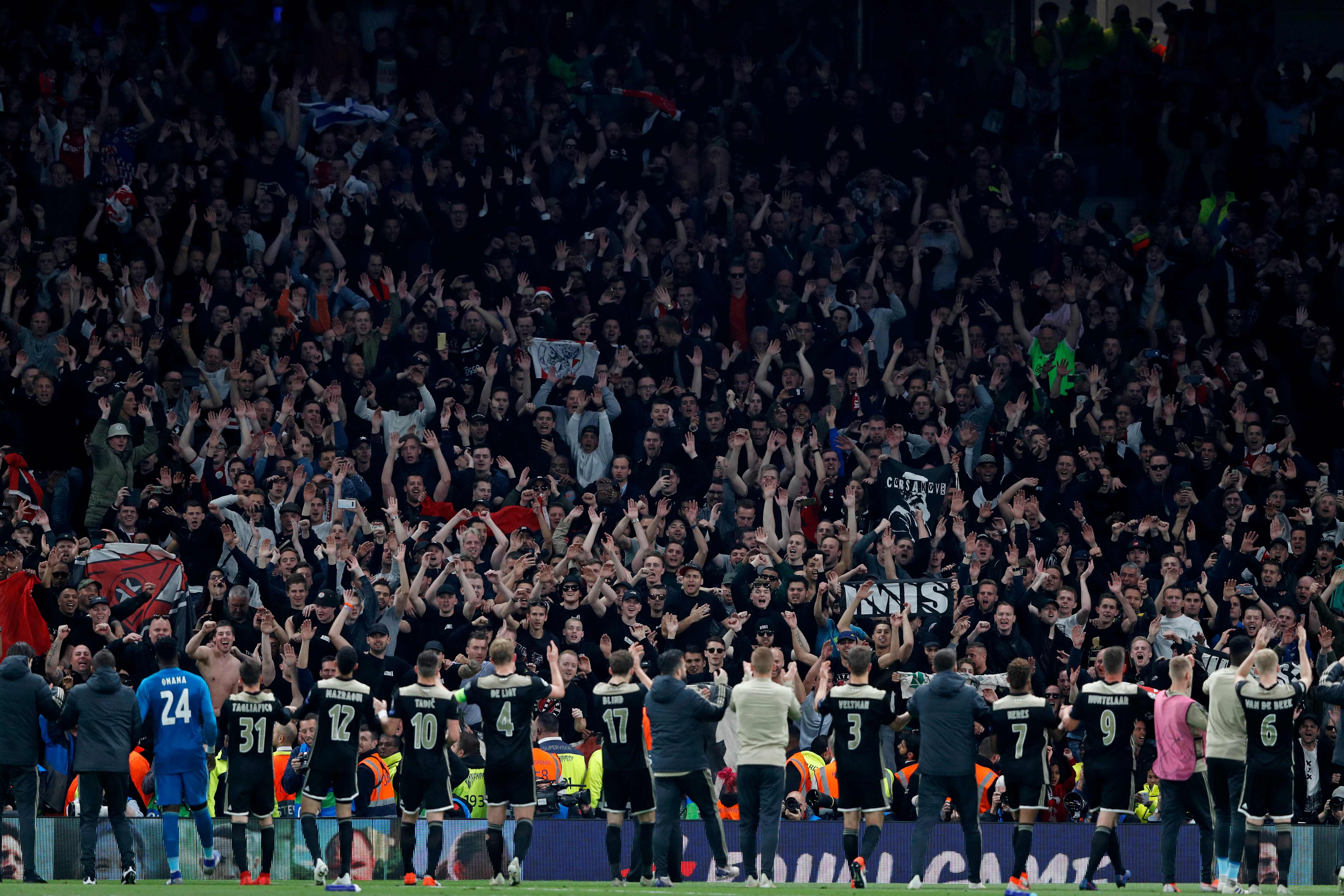 However his plan backfired massively when TV cameras picked him up in the away end in North London no less than three times during the 1-0 win.

It led to an embarrassing return to Telstar for van der Laan, 25, who had his contract terminated on the spot.

The striker has maintained that he was due to leave the club in the summer anyway and that he left on good terms.

Speaking to IJmuider Courant, van der Laan admitted: "Of course I realise that it has been a very awkward situation.

"I had a conversation with [the club] last Thursday about my situation and, in good harmony, we decided to separate.

"I called in sick because I was convinced that I wouldn't be released from the training.

It does feel special that I came up on the screen three times with my big head.

"I took into account that there was nothing to play for anymore for Telstar and myself and, given my playing time lately, I had only a small chance of facing Jong PSV."

Now released from his contract, ver der Laan joked on Twitter that he was now "free" to catch Spurs' return trip to Amsterdam on Wednesday.

After asking for a ticket via social media, he earned an invitation from Dutch journalist Menno Pot, promising a seat in exchange for a round of beers.

Giant blonde striker Van der Laan is clear that, had he been more involved in the team, he wouldn't have pulled a sickie.

"In any other case, I definitely wouldn't have gone to London," he maintained.

"However, I did say before the Champions League match that I wasn't sick and was in London.

"So it wasn't that people from the club were surprised to see me on TV. By that moment, they were already informed.

"It does feel special that I came up on the screen three times with my big head."