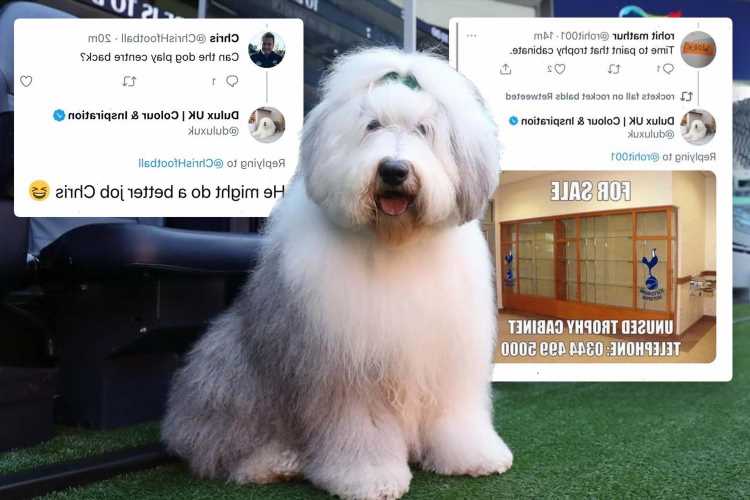 TOTTENHAM'S slump in form has got so bad they are now getting trolled by their OWN sponsors.

Spurs announced Dulux as their official paint supplier on Thursday before the company christened the partnership by immediately mocking them on Twitter. 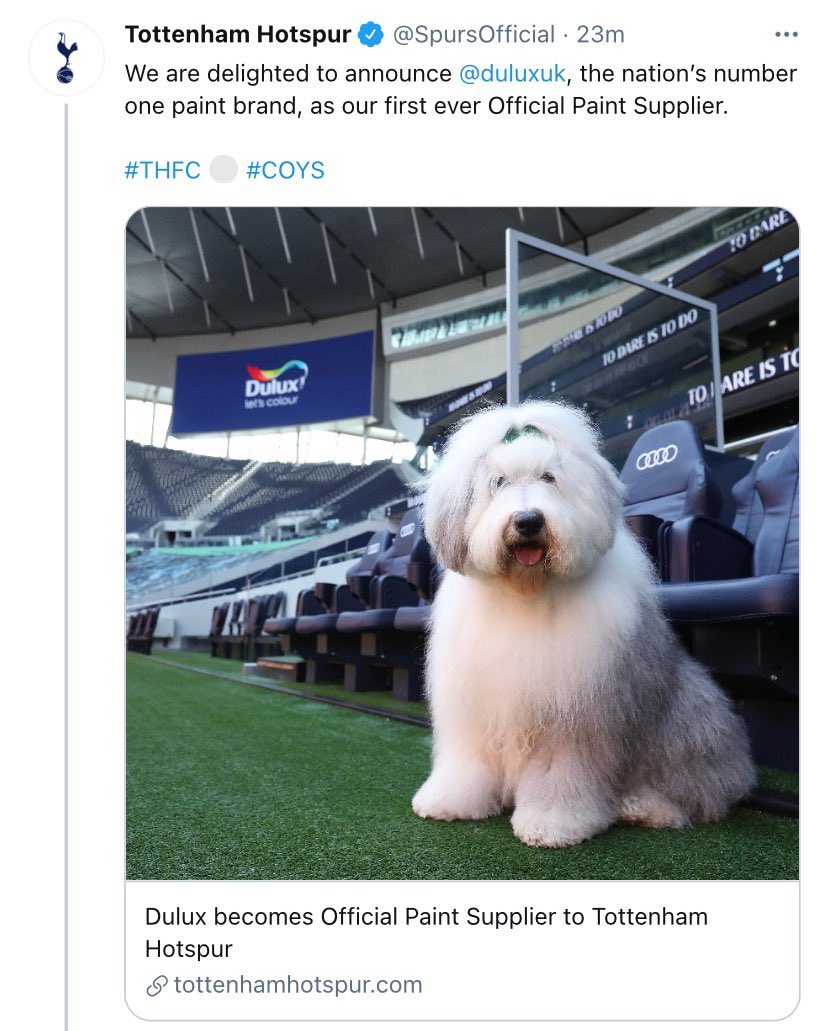 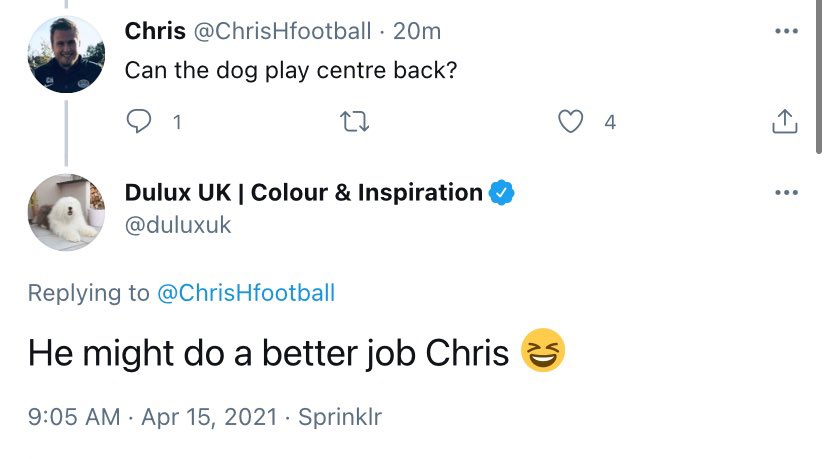 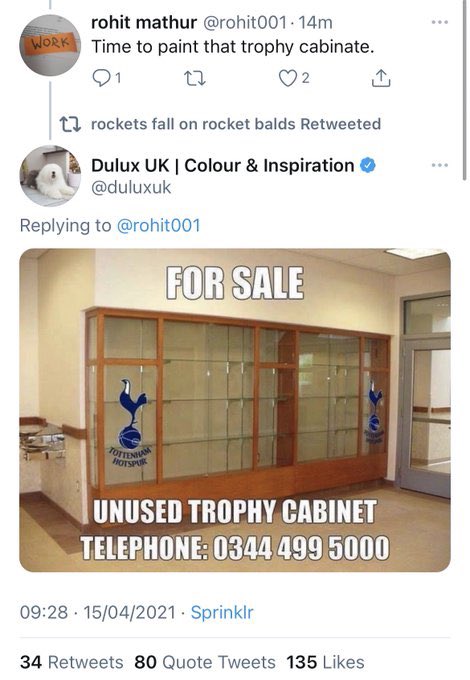 They made jibes referencing Tottenham's questionable defence as well as the club's empty trophy cabinet.

Jamie Redknapp slammed Jose Mourinho for making Spurs boring but even if it is like watching paint dry, surely this is a step too far.

Alongside an image of the Dulux dog at the Tottenham Hotspur Stadium, Spurs tweeted: "We are delighted to announce @duluxuk, the nation's number one paint brand, our first ever Official Paint Supplier."

One cheeky fan replied: "Can the dog play centre-back?"

And the social media admin controlling the Dulux account incredibly hit back with: "He might do a better job Chris."

The tweet was later deleted as fans caught wind of the more than questionable online quips.

With Spurs facing Manchester City in the Carabao Cup final later this month, one supporter suggested it would be a good time to paint the trophy cabinet.

But Dulux stunningly replied with a photo of an unused cabinet with Spurs badges on alongside a 'For Sale' message before again deleting the picture. 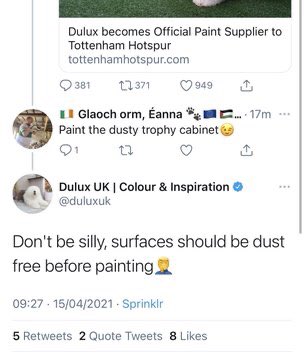 Tottenham have not won a trophy since the 2008 League Cup triumph but could end their 13-year drought on April 25.

Another reply calling for the 'dusty' cabinet to be painted was met with a Dulux reply which said: "Don't be silly, surfaces should be dust free before painting."

Social media was rife with hilarious comments as the in-house trolling went viral.

The term Dulux was trending on Twitter in the UK.

Fans even joked that Arsenal's mascot Gunnersaurus had started working on the Dulux social media team after he was famously furloughed by the Gunners during the pandemic.