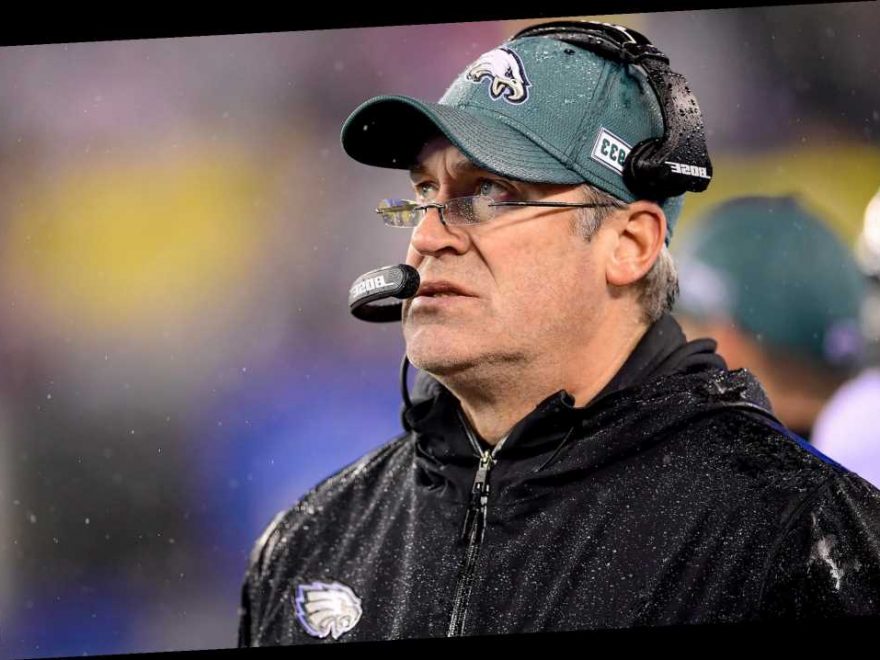 Eagles star hits back at Giants over reaction to QB controversy

Doug Pederson may not be safe after all.

The Philadelphia Eagles head coach could still be fired, as ESPN’s Chris Mortensen describes Pederson’s hold on the job as “not firm,” and says owner Jeffrey Lurie could ax Pederson if he’s not “confident about Pederson’s vision.”

Lurie and Pederson are expected to meet in the near future.

Pederson, 52, led the Eagles to their first-ever Super Bowl title three years ago in his second season on the job, but the team has steadily regressed since. Last season, the Eagles went 9-7 and were ousted by the Seattle Seahawks in the wild-card round of the playoffs.

Franchise quarterback Carson Wentz had a disastrous 2020 season, which saw him get benched for second-round rookie Jalen Hurts during a Week 13 loss to the Packers.

Hurts played the rest of the season — until Pederson pulled him for third-stringer Nate Sudfeld in the second half of the Eagles’ Week 17 loss to Washington, a controversial decision in a close game that essentially handed Washington the NFC East title and drew ire from the Giants.

Eagles players reportedly tried to confront Pederson during the game about the decision, and running back Miles Sanders said on Tuesday that “nobody liked the decision.”

ESPN reported that Wentz dis not want to stay with the Eagles to be a backup and was planning to request a trade because his relationship with Pederson is “fractured beyond repair.”

Wentz’s four-year, $128 million contract extension kicks in this year, and if the Eagles cut Wentz before the 2021 season they’d be stuck with a $59.2 million dead cap hit.