NOVAK DJOKOVIC won his third Madrid Open on Sunday, as he continues to prepare for the French Open.

The Serbian star already has the Australian Open under his belt this year after beating Rafael Nadal in straight sets in January. 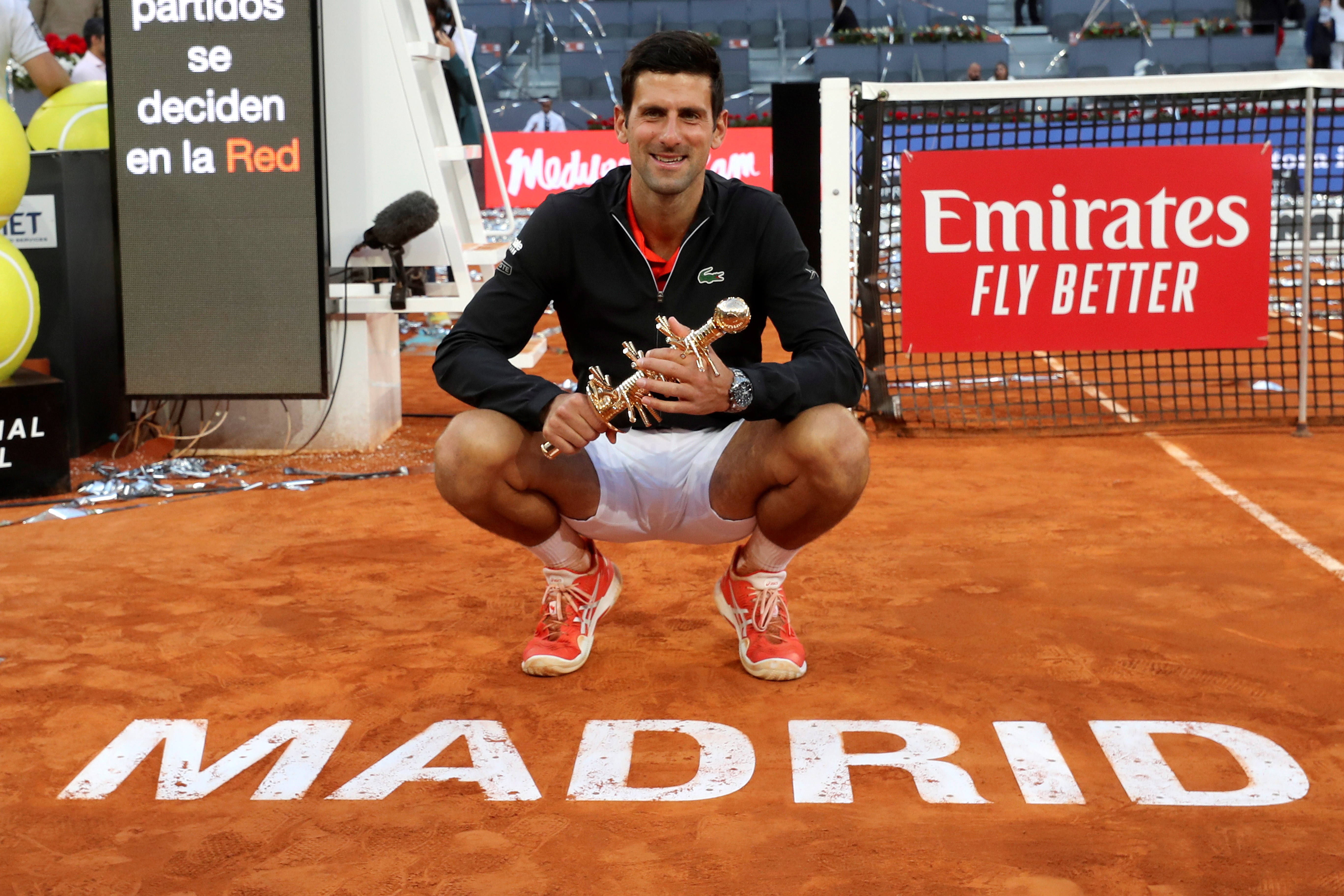 Djokovic,31, had a straight sets 6-3, 6-4 win over Stefanos Tsitsipas on Sunday with the world No. 1 making it look easy, breaking his opponent early in the first set.

Tsitsipas didn't stop playing his semi-final with Rafael Nadal until late on Saturday night and it showed in his game.

Nadal, the 11-time winner at Roland Garros, was the favourite for the tournament going into the clay court season but the Spanish star has lost in the semi-finals of his three clay tournaments this year.

Speaking to the press after the Madrid win yesterday, Djokovic said he hoped he would face the 32-year-old in the final of the French Open.

He said: “Well, if that match-up happens in Paris, that is going to be finals,” Djokovic said as the pair will be placed in opposite halves of the draw as the top two seeds.

“It’s a very long way to that and I understand you want to visualise that and discuss that.

“But, you know, it’s a lot of things can happen.

“I mean, we can both lose before finals.

“If it happens, I hope that we will both be at our best because then that would make the match-up as it is supposed to be, you know, finals of Grand Slams.”

Djokovic heads to the Italian Open next, which starts on Monday, May 13 and also features Roger Federer and Rafael Nadal.

He received a bye in the first round and will take on the winner of Pablo Carreno Busta and Denis Shapovalov.