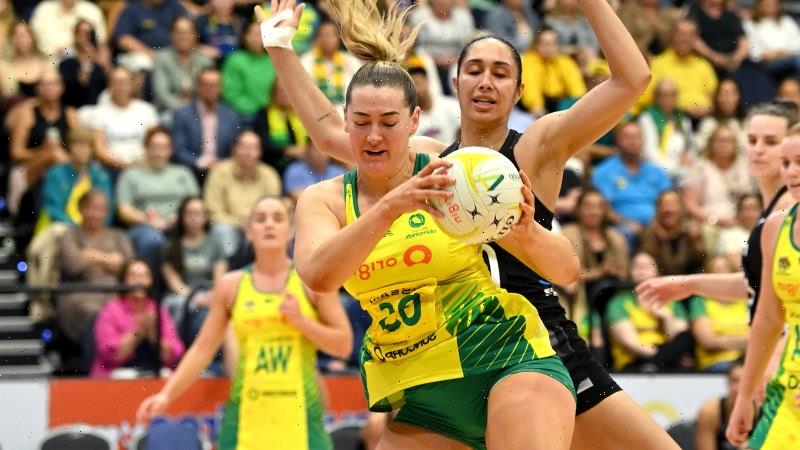 The Diamonds buried a horror two weeks off the court with an emotional 57-53 win over the Black Ferns to claim the Constellation Cup on the Gold Coast on Sunday.

In the space of 36 hours, Australia’s netball golden girls felt the full force of a mining magnate’s wrath and wrested back control of the deciding game of the trans-Tasman series, equalling the series at two wins apiece but claiming the silverware on aggregate points.

It was an emphatic and emotional victory for the side in front of a roaring home crowd. Whatever the commentariat said about the Stacey Marinkovich-coached side over their handling of the now-defunct $15 million Hancock Prospecting partnership, the Diamonds showed the game’s true believers they are the personification of grit and focus.

The team trailed for the first two quarters as peerless Silver Ferns shooter Grace Nweke went on a scoring streak, but pounced when the visitors showed the first signs of fatigue. Diamonds shooter Sophie Garbin, who did not start the first two games of the series, found her groove to help level the scores 30-30 in the third quarter and close out the match with four points to spare. 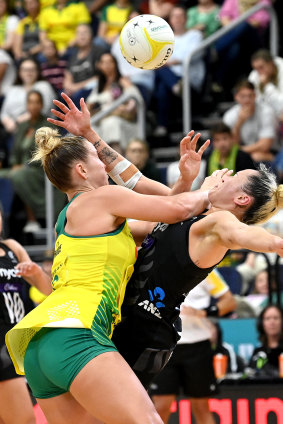 The Silver Ferns led for the first two quarters but the Diamonds fought back to bury their opponents on the Gold Coast.Credit:Getty

Watching on were two of the key protagonists in the controversy, Netball Australia Kelly Ryan and squad member Donnell Wallam. Ryan sat in the stands, while Wallam sat courtside with the other squad members.

The 28-year-old Firebirds shooter and proud Noongar woman showed few signs of the pressure brought to bear on her since it was revealed she raised concerns about the game’s four-year deal with Hancock Prospecting.

Wallam was initially keen to seek an exemption from wearing the company’s logo on her uniform during her expected debut against England at the end of the month on the grounds that company founder, the late Lang Hancock, made racist comments in the 1980s. Wallam had reversed her decision by Friday night.

The Diamonds had agreed to wear the dress, with a joint announcement expected on Saturday afternoon. They were blindsided when Rinehart announced on Saturday morning that she was pulling the company’s deal after all.

There was no reference to the drama at the Gold Coast Convention and Exhibition Centre on Sunday evening, though Ryan sat stony-faced through much of the match.

Ryan, who now needs to find a new benefactor for the cash-poor sport, was forced to defend her position after the saga became the second major crisis to engulf the sport this year.

In June, she faced fierce criticism for selling off the Super Netball grand final to the highest bidding state government just five weeks out from the game.