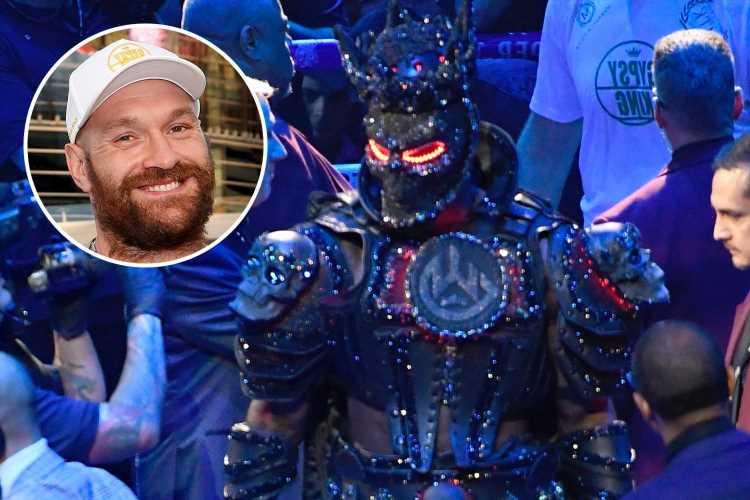 DEONTAY WILDER will wear another extravagant outfit when he makes his way to the ring for his trilogy fight with Tyson Fury.

The American blamed his battering at the hands of the Gypsy King last year on the diamond-encrusted face mask and gown he wore during his ring walk, which he claimed weakened his legs. 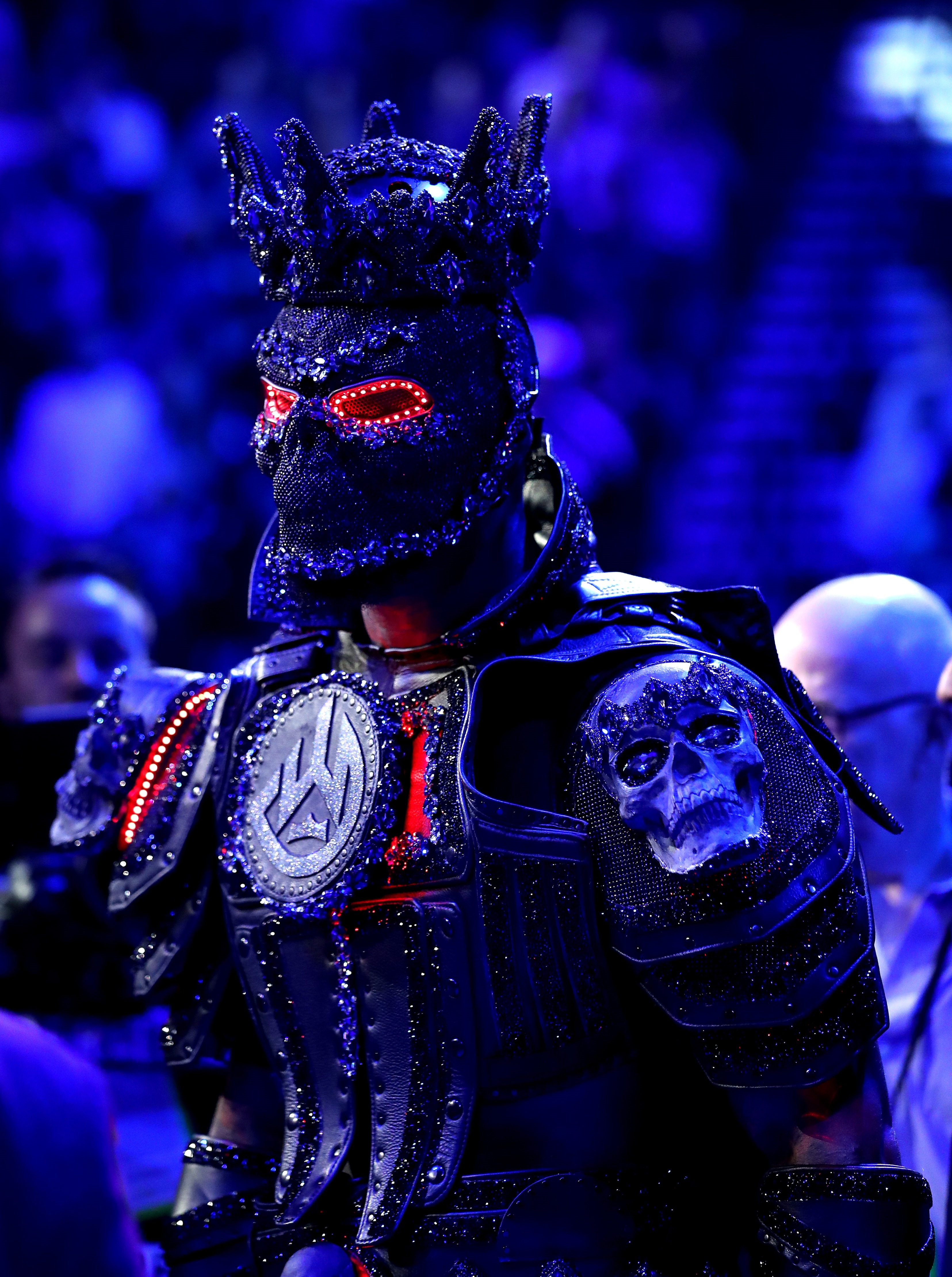 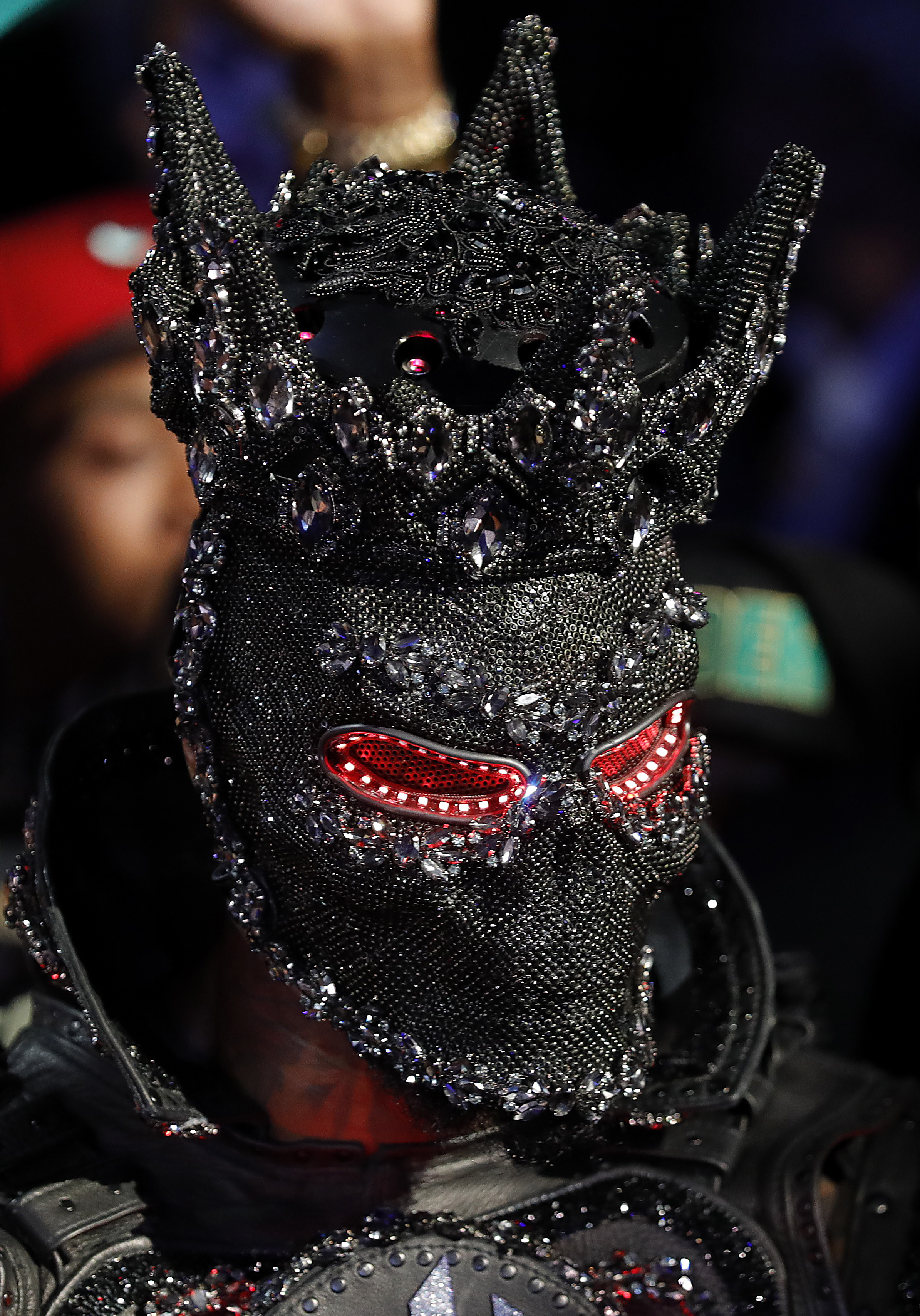 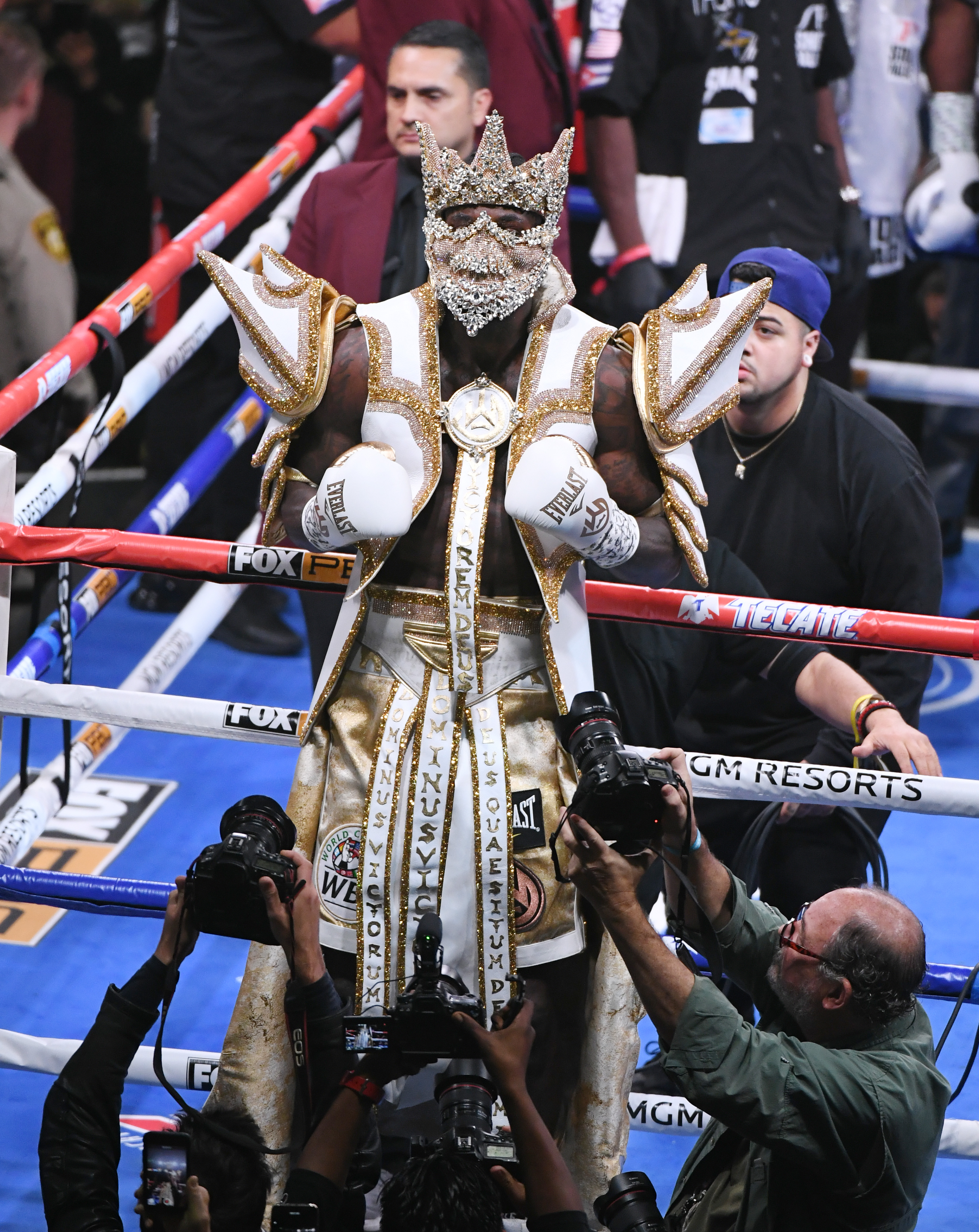 But the Bronze Bomber has opted not to abandon his tradition of wearing outfits, choosing to don a lighter costume for the Sin City showdown.

Designers Cosmo and Donato told TMZ: "It's going to be significantly lighter. So, we don't have any drama at all."

Wilder, 35, has already tried on the outfit to make sure it won't sap his energy reserves.

Cosmo added: "He looks so amazing. He was so happy.

"The outfit fits perfectly and he's ready to slay!"

SunSport revealed earlier this week that Wilder's latest outfit will pay homage to his Nigerian roots.

BETTING SPECIAL: GET 30/1 ON FURY OR 50/1 ON WILDER FOR HEAVYWEIGHT BOXING CLASH

Donato said: "This costume is very special to Deontay.

"He asked us to use red and black colours, which represent Wilder's African roots.

"This time around, we created a couture surprise element that is sure to make heads turn and honour Deontay's African Edo tribe."

Cosmo and Donato reckon Wilder will avenge his sole defeat, saying: "It's Deontay all the way for us.

This costume is very special to Deontay

"We’ve never seen him more focused than he is now.

"There is definitely a determination and fiery redemption energy, along with a sense of calmness of spirit in him at the moment.

"We believe he’s reconnected to his roots, a tribe of true warriors.

"He looks better than he’s ever looked and happier than we’ve ever seen him."

The Bronze Bomber is determined to get back in the win column in devastating fashion, saying: "I see me beating him up and then knocking him out.

"There were a lot of things I visualised in the first fight and the second but I didn't execute the gameplan.

"This is a different feeling, all the way round, just the surroundings, the atmosphere and the energy as a whole.

"I'm looking forward to putting on a great performance."