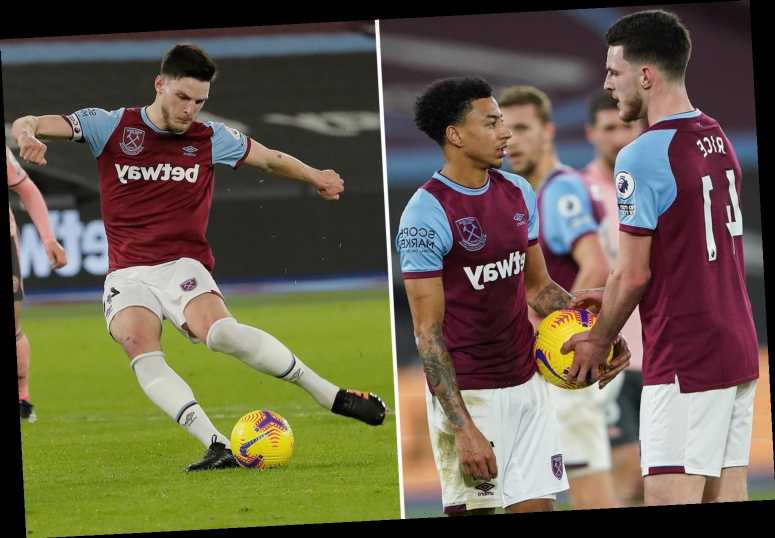 DECLAN RICE says he pulled rank on Jesse Lingard to take West Ham’s first penalty of the season – to avoid an earful from David Moyes.

Captain Rice had to take the ball off Lingard before slotting home the spot-kick which set the Hammers on the way to a victory which saw them climb above Liverpool into fifth. 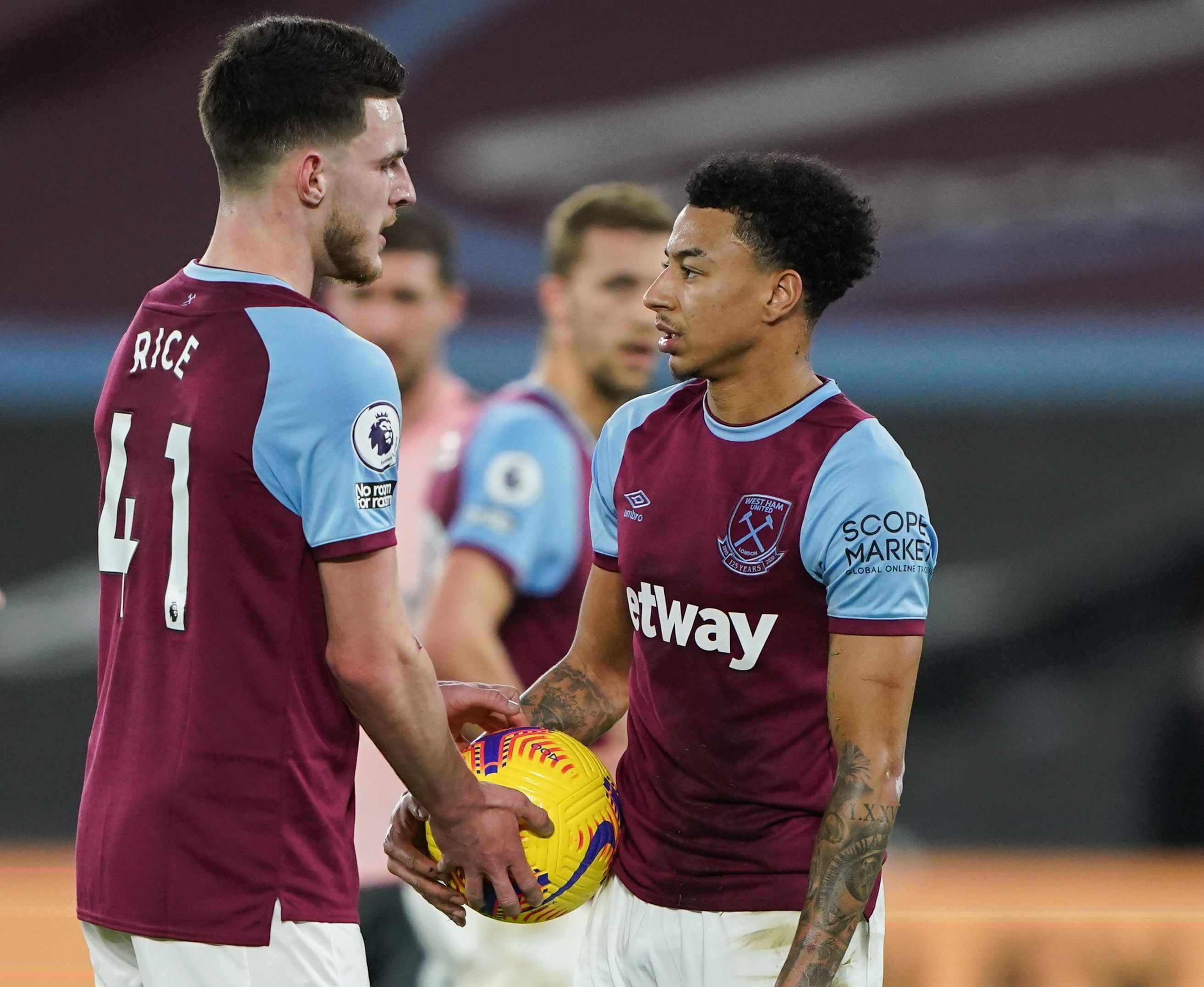 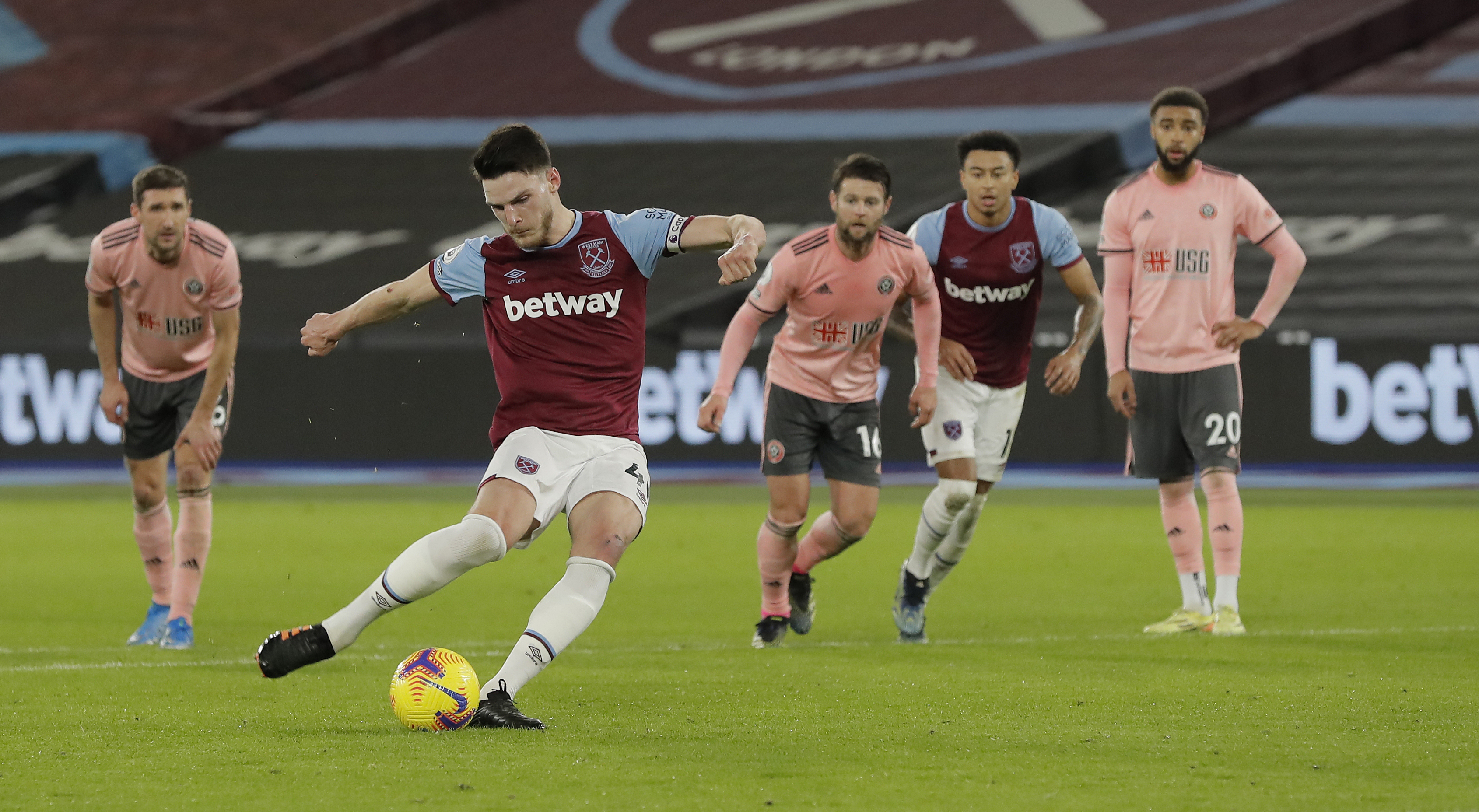 The England star said: “I just said to Jesse, 'Look, the gaffer, I don't want to be battered by him and by the assistants in the changing room if I don't take it'.

“I said I don't want to be that guy that looks like I'm taking the ball off you, but I said, ‘I'm on them mate so obviously can I have the ball’.

“Buzzing to put it in the back of the net and, more importantly, we've got the three points.

“It was a strange one because it was our 24th game tonight and we haven't had a pen.

“It was my first time taking a penalty in the Premier League so I had to compose myself, take a deep breath and just visualise hitting the ball in the back of the net and, lucky enough that's what I've done.”

Boss Moyes backed up the midfielder and confirmed he would have been battered if he had let Lingard claim the role.

Declan has taken responsibility, taking that ownership and making sure he does the job.

Moyes said: “He's right. Because we want to be clear, we want the organisation to be clear.

“I also see it as a bit of a step up for Declan as well, that's his first goal, he's taken responsibility, taking that ownership and making sure he does the job.

“Next time we might try somebody different, but this game it was certainly Declan.”

Blades boss Chris Wilder was fuming at the way his side gifted the Hammers their first two goals – and admitted he fears the worst for defender John Egan who left on a stretcher with his leg in a splint. 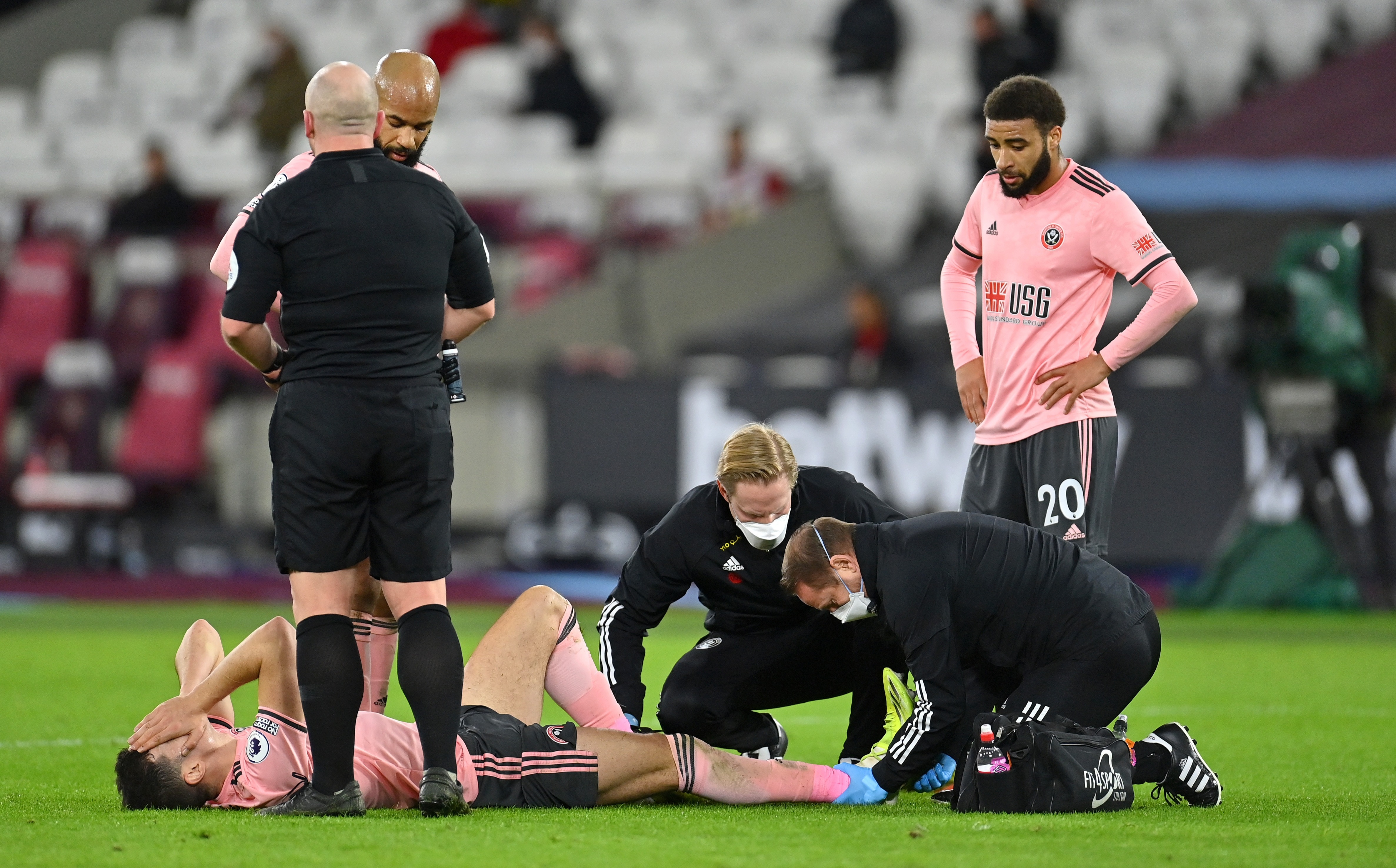 Wilder said: “He doesn't look good. He's a tough boy, you know, he puts his body on the line and for him to stick his arm up in the manner that he did straight away didn't look good and wasn't a good sign.

“You can’t give them easy goals, not at this level, not the way we're playing and not in our position.

“You can't make it easy for the opposition and we gave them two goals.”