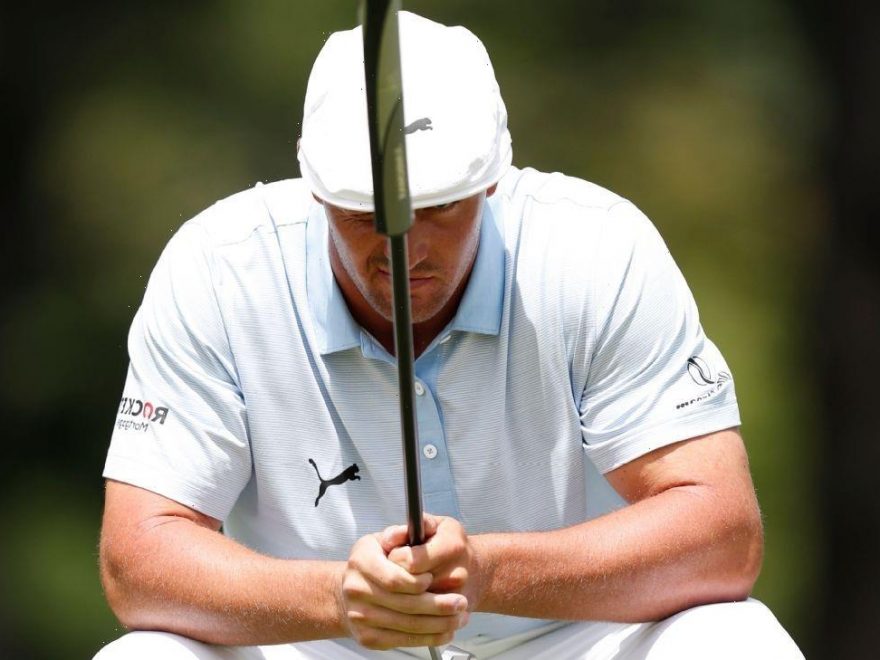 Bryson DeChambeau is out of the Olympic golf tournament due to a positive COVID-19 test.

DeChambeau, 27, will be replaced by Patrick Reed.

According to statements released Saturday night by the International Golf Federation and USA Golf, DeChambeau tested positive as part of the final testing protocols before leaving the United States for Japan.

The men’s tournament begins Thursday outside of Tokyo.

“I am deeply disappointed not to be able to compete in the Olympics for Team USA,” said DeChambeau in a statement. “Representing my country means the world to me and it is was a tremendous honor to make this team. I wish Team USA the best of luck next week in Tokyo. I will now focus on getting healthy, and I look forward to returning to competition once I am cleared to do so.”

The eight-time PGA Tour winner, who captured the 2020 U.S. Open, was among the four U.S. qualifiers for the Games along with Justin Thomas, Collin Morikawa and Xander Schauffele.

DeChambeau earned the last of four qualifying spots because Dustin Johnson elected to not participate.

Reed, 30, who is tied for 29th through three rounds of the 3M Open in Minnesota, was the first U.S. alternate and must go through the Olympic testing protocols which will continue Sunday and Monday. He tied for 11th in the 2016 Olympic tournament in Brazil and would become the first U.S. player to compete in two Olympics.

“I am so excited to have the opportunity to represent our country and be a part of Team USA in Tokyo,” Reed said in a statement. “I wish Bryson nothing but the best, and I know how disappointed he is to not be able to compete, and I will do my best to play my best and represent our country.”

A country can send up to four players as long as they are ranked among the top 15 in the world; otherwise, there is a maximum of two players allowed per country.

DeChambeau is ranked sixth in the world; Reed is 13th but was ninth following the U.S. Open, the cutoff for Olympic consideration.

DeChambeau has had a tumultuous last month. He was leading the U.S. Open at Torrey Pines with nine holes to play but shot a back-nine 44 to tie for 46th.

Two weeks later, he split with his long-time caddie, Tim Tucker, on the eve of the Rocket Mortgage Classic, where he was the defending champion but missed the cut.

Then last week at The Open, following an opening-round 71 at Royal St. George’s, DeChambeau called into question the driver he was using, saying “it sucks” — and drawing a rebuke from his equipment company. He went on to tie for 33rd and finished outside of the top 20 in all four major championships in 2021.