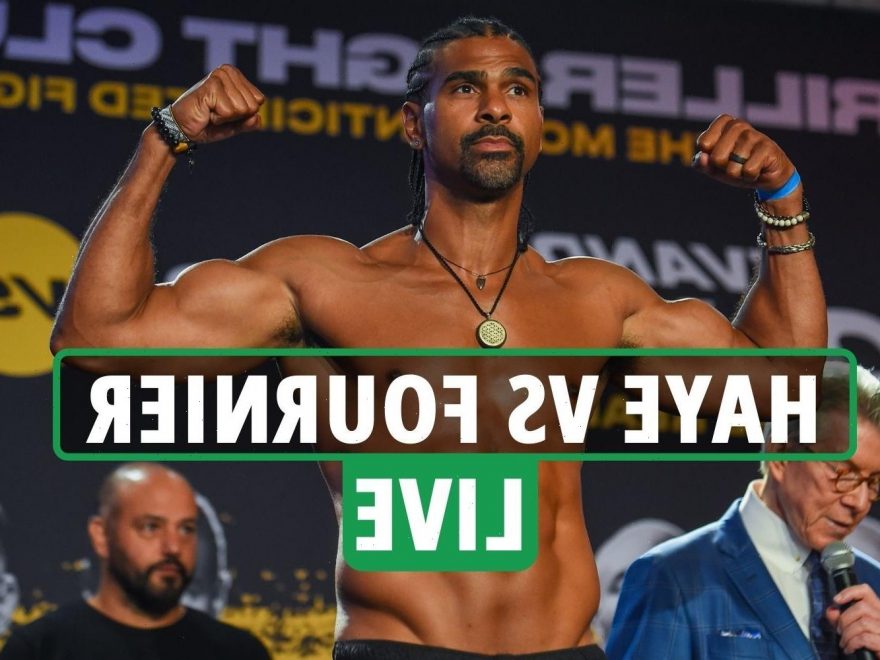 DAVID HAYE returns to boxing TONIGHT as he comes out of retirement to take on ex-pal Joe Fournier.

Nightclub supremo Fournier, 38, has a pro boxing record of 9-0, while Haye, 40, hasn't fought since his fifth-round TKO loss to Tony Bellew in May 2018.

The big card also features Anderson Silva vs Tito Ortiz and is headlined by Evander Holyfield, 58, takng on MMA legend Vitor Belfort. Follow all of the action right here.