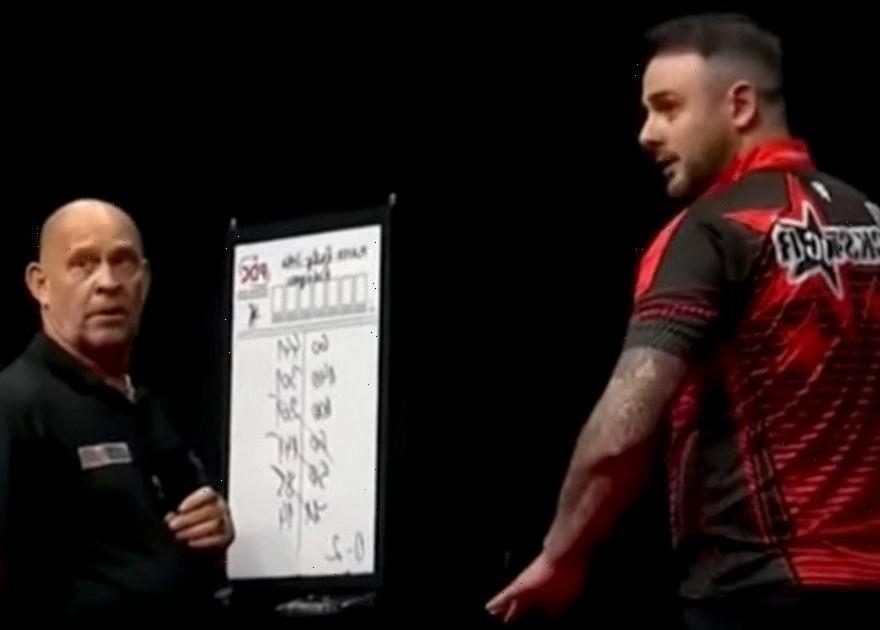 Joe Cullen secured his fourth tournament win of the season at the Hungarian Darts Trophy on Sunday.

The 2022 Masters champion and Premier League runner-up scooped the £25,000 top prize to claim European Tour glory for a third time with his first win since the 2020 International Darts Open.

But there was a bizarre moment during his quarter-final win over Rusty-Jake Rodriguez. Cullen was called for a foul throw by Russ Bray, only for the legendary referee to reverse his decision, seemingly thanks to the intervention of opponent Rodriguez.

At 2-0 down, he needed 20 to close out the leg. But after hitting a single 10, his attempt at double five fell short and hit the single five bed. He then casually threw his final dart of the visit to bust so he could potentially start afresh at 20.

However, Cullen was called for stepping over the line on his final dart, with Bray announcing “15”. Convinced he hadn’t overstepped, Cullen challenged the official and looked to Rodriguez for support. The Austrian seemed to back up his plea, prompting Bray to change his mind and announce “no score”.

Cullen went on to win the match 6-4 before surviving three missed match darts from Dave Chisnall during their semi-final to win 7-6.

What's the most bizarre call you have seen from a darts referee? Tell us in the comments section below.

Cullen's most dominant display came in the final, as he claimed the opening five legs without reply, twice punishing missed doubles from William O'Connor while also posting a 13-dart leg, two 14-darters and a 100 finish.

O'Connor hit back with double ten and then produced a 124 finish to break with a sparkling 12-darter, but five further missed doubles in the next leg allowed Cullen in to move 6-2 up.

The World Series star then edged towards victory with an 11-darter as he took out 96, and four further misses from the former World Cup finalist allowed him to claim the title on double eight.

"I didn't expect to come to Budapest and win, but I'm over the moon," said Cullen. “In my first three games I was terrible and a bit lucky to get through all three of them. Then I turned it on a little bit in the semis and I think I was pretty decent in the final.

"I kept Willie at bay, because I'd seen how well he played over the weekend and that's what I had to do."